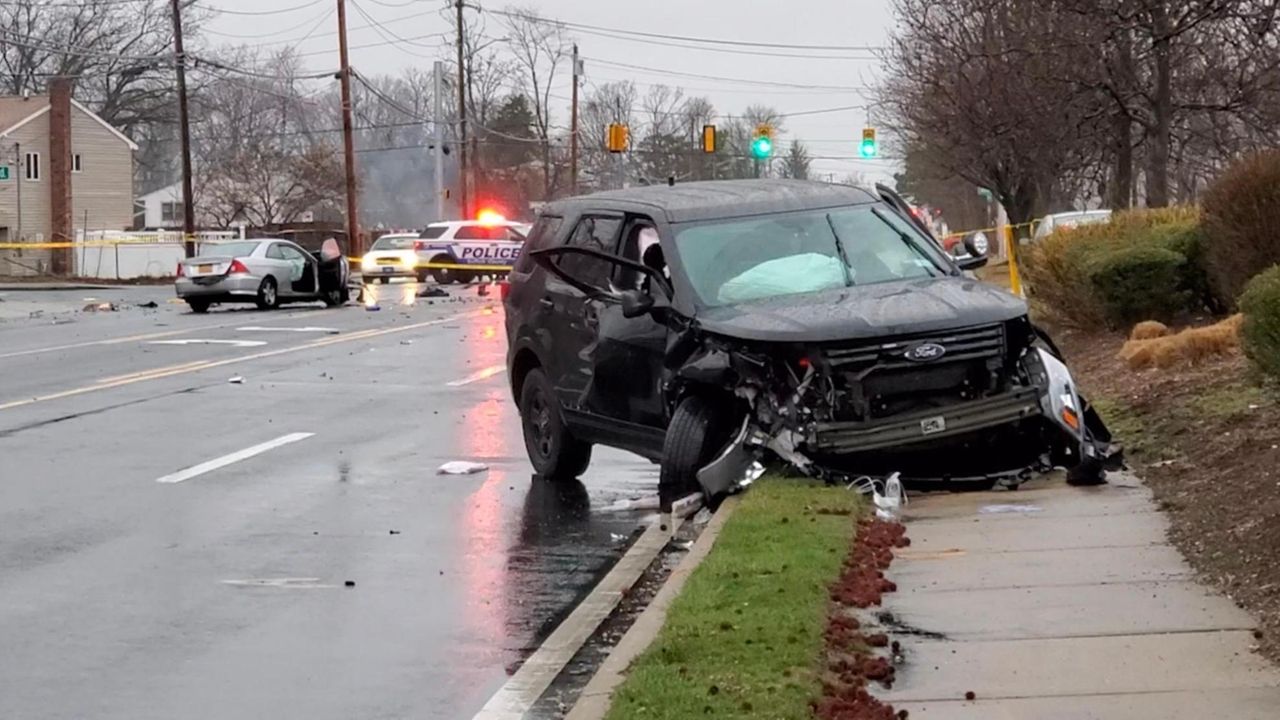 On Tuesday, two Suffolk County police officers were airlifted to Stony Brook University Hospital with non-life-threatening injuries after police said their vehicle was struck by a car that ran a stop sign in North Amityville. Credit: James Carbone

Two Suffolk County police officers were airlifted to Stony Brook University Hospital with non-life-threatening injuries after police said their vehicle was struck by a car that ran a stop sign Tuesday morning in North Amityville.

The identities of the officers, both male, were not released. Police did not provide details of their injuries.

Police said the officers were headed south on New Highway when their unmarked car was struck by a 2005 Honda driven by a male driver who ran a stop sign at Birch Road. The accident occurred at 6:10 a.m.

Police said the patrol unit and the Honda then both collided with a 2004 Toyota.

The Honda driver and the driver of the Toyota both suffered minor injuries. Neither car had passengers.

Police said the Honda driver, whose identity was not released, was issued "multiple vehicle and traffic law summonses."

Additional information was not available.