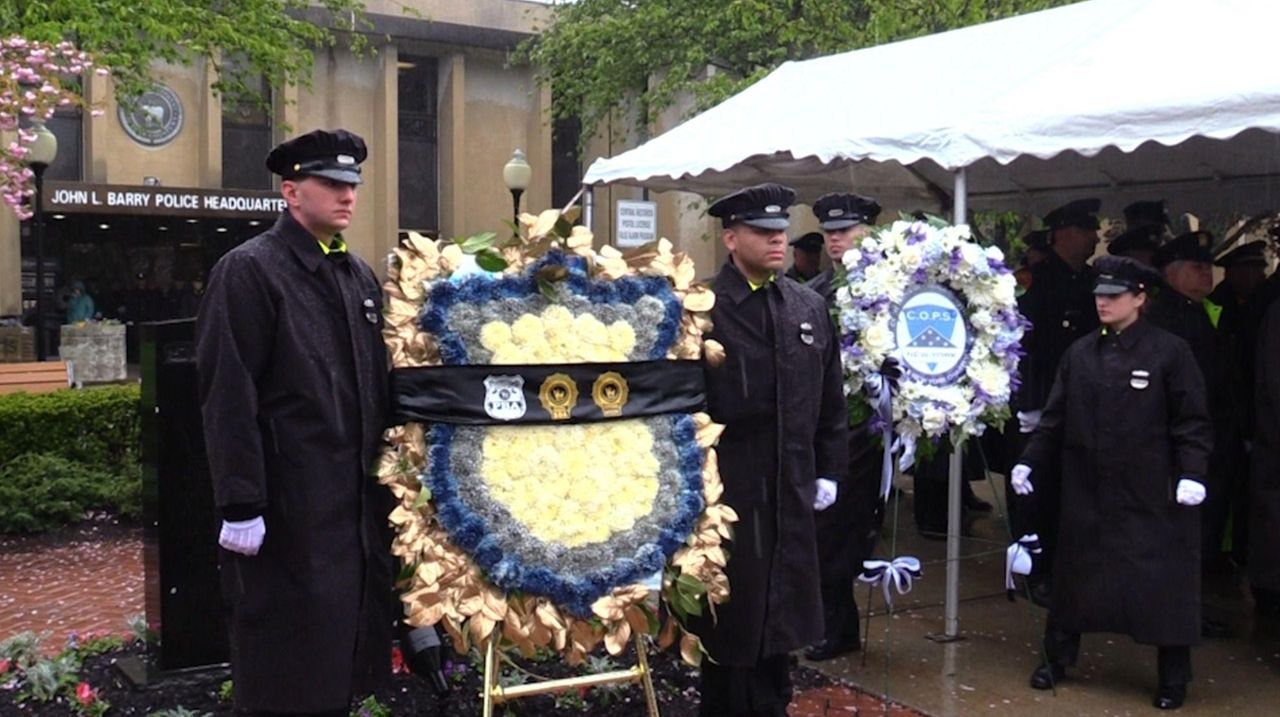 The Suffolk County Police Department honored the 22 sworn members of the department who died in the line of duty at the department's annual memorial service on May 5, 2017. Credit: James Carbone

The Suffolk County Police Department on Friday honored the 22 members of the force who have died in the line of duty.

Among those in attendance at the department’s annual memorial ceremony at police headquarters in Yaphank were two current members of the force who are also members of the family of Officer John Jantzen, who died in the line of duty in 1991.

Jack Jantzen, an infant when his father was slain, graduated from the police academy in March and is assigned to the Fifth Precinct. John’s brother, Insp. Harold Jantzen, also attended, police said.

Officer John Jantzen was 32 when he was shot to death on April 21, 1991, by a man who police said was holding his wife hostage. His brother Harold was first to arrive at the scene after the shooting.