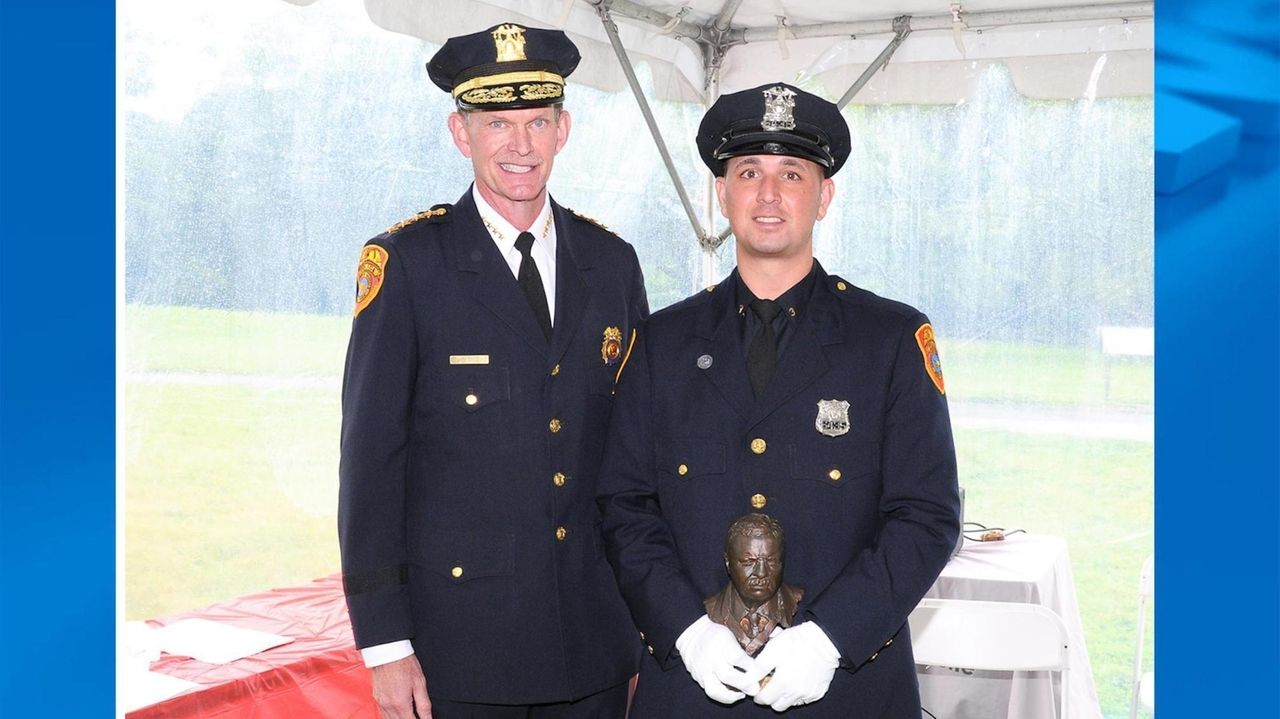 An off-duty Suffolk County police officer who survived testicular cancer and returned to the force six months after intensive radiation and chemotherapy, was killed early Monday when his Jeep left the road in Selden and crashed into a median, authorities said.

Vincent Pelliccio, 30, of Ronkonkoma, was driving a 2021 Jeep northbound on Nicolls Road, near West Road, at 12:40 a.m. when his vehicle crashed, Suffolk police said. He was taken to Stony Brook University Hospital where he was pronounced dead, police said.

At a news conference in Yaphank Monday, police officials declined to comment on the cause of the crash, which is being investigated by the Sixth Squad. The Jeep was impounded for a safety check.

Pelliccio was a seven-year-veteran of the force and a second generation police officer known for his devotion to duty. During his cancer treatment, which often left him too weak to work, he still kept in touch with his fellow officers at the Third Precinct, said Insp. John Rowan, the precinct's commanding officer.

"When I think of Officer Pelliccio I think of one word: perseverance," Rowan said. "He had a calling to be a police officer. He really loved the police department and loved serving the communities of Suffolk County."

Pelliccio was most recently assigned to the Third Precinct's Gang Task Force.

"He worked at the forefront and on the front lines protecting the Third Precinct from gang violence, specifically MS-13," said Acting Police Commissioner Stuart Cameron. " … Our best officers were picked to be on that team and that's what Vincent was."

Pelliccio was engaged to Danielle Trotta and they were to wed in coming months, authorities said. Reached by telephone Monday, a relative of Pelliccio declined to comment.

Pelliccio started his career as a teacher but dreamed of following in the footsteps of his father, retired NYPD detective Tony Pelliccio, and joined the Suffolk Police Department in December 2014.

He was assigned to uniformed patrol in the Third Precinct in Bay Shore and developed a reputation as a diligent worker who earned the respect of his supervisors and peers, officials said.

In September 2017, at the age of 26, Pelliccio was diagnosed with testicular cancer and underwent radiation and chemotherapy. The treatment took its toll on Pelliccio, who lost weight, was robbed of energy and eventually had surgery to remove the remaining cancerous growth from his stomach, officials said.

In 2019, Pelliccio was selected by the department as its Theodore Roosevelt Police Award recipient, which honors officers who have overcome serious illness or injury.

"My family and the police department were there for me," Pelliccio said during the award ceremony in Oyster Bay. "No matter how busy people’s lives were, they always made time for me, and I’ll be forever grateful."

In March 2019, one year after returning to active duty, Pelliccio earned a position on the Gang Task Force.

Suffolk PBA president Noel DiGerolamo said Pelliccio, who was a union delegate, "was a well-respected and active member of our organization, and his tragic passing is heartbreaking to our organization and the entire law enforcement community.

In April 2020, Pelliccio earned Cop of the Month accolades after he and his partner, Officer Anthony Devincenzo, arrested a violent gang member who was subdued with a Taser inside a busy hair salon. The suspect was found with multiple weapons and a large quantity of narcotics, Cameron said.

"Vinny was an extremely dedicated young man who loved being a police officer and was always eager to perform and excel in his law enforcement duties," said Third Precinct Sgt. Philip Dluginski.

"He fully embraced the police culture and loved spending time with his blue family both during and outside of work."

Funeral arrangements for Pelliccio have yet to be finalized.

Detectives are asking anyone with information about the crash to call the Sixth Squad at 631-854-8652.