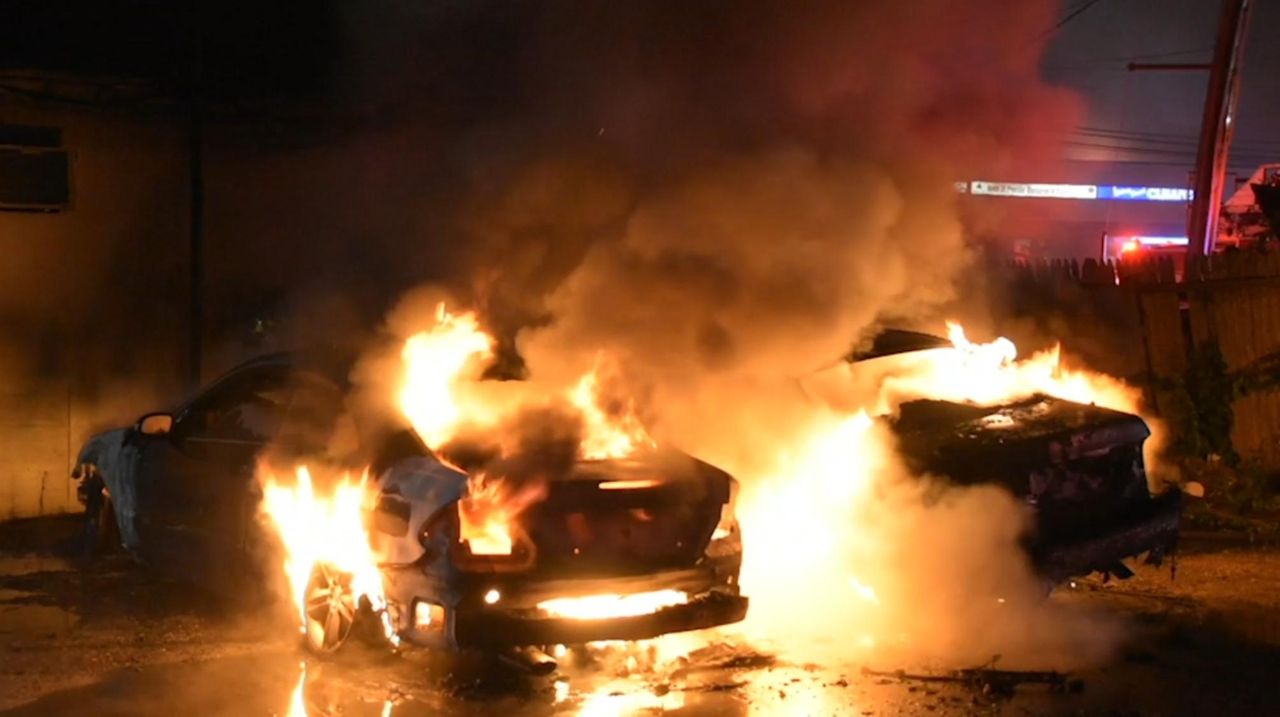 The fire was reported at America’s Petroleum on Montauk Highway and Sylvan Court at 3:05 a.m., police said.

Photographs from the scene showed two sedans on fire at the rear of the service station.

Police said the Arson Squad had been notified.