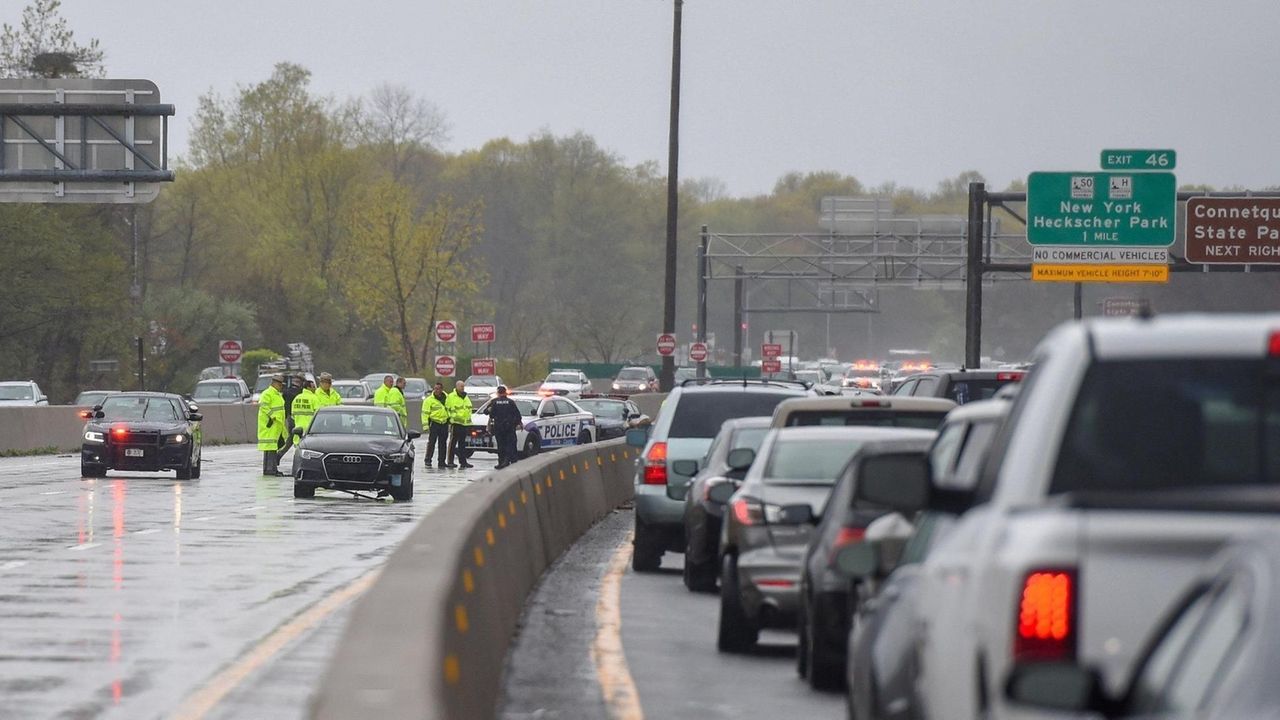 Matthew Donadeo, 25, was crossing Sunrise Highway near Connetquot Avenue when he was struck in the left lane on the eastbound side by a 2017 Audi at 12:07 p.m., police said. He was pronounced dead at the scene.

The driver of the Audi, a woman, was alone in her car and not injured.

Police did not explain why Donadeo was crossing the busy roadway in rainy conditions. Shortly after the crash, police closed all eastbound lanes at Exit 47, for Pond Road South, the department said in a tweet at about 12:20 p.m.

The roadway was reopened to traffic by 3:50 p.m., police said in an email message.

The Bohemia Fire Department received a call for a crash in the area about 12:10 p.m. but police canceled the call before they arrived, assistant chief Scott Thompson said.

The Audi was impounded for safety checks.