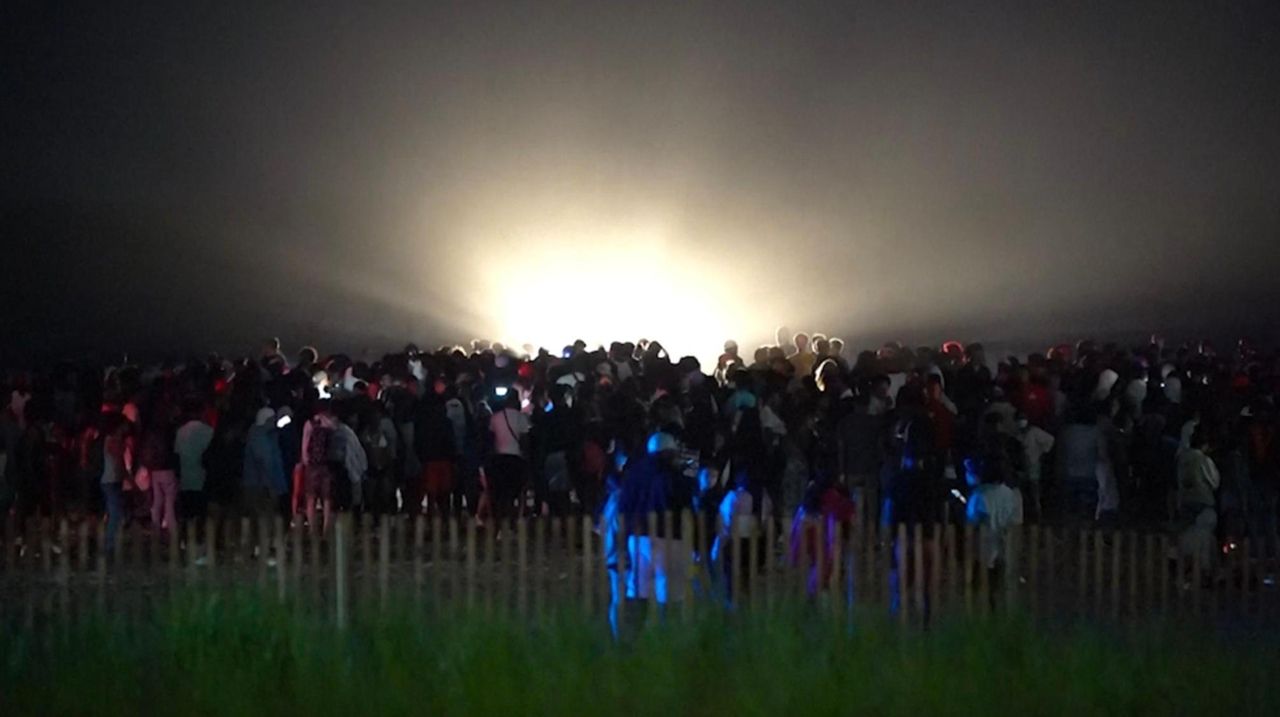 Long Beach plans to deploy an onslaught of police to the beach and boardwalk Saturday night to prevent a "Sunset Party" of high school and college students on the beach after a gathering last week ended with gunshots fired.

Police officers want to avoid a repeat of a gathering that saw 2,500 people from Long Island and New York City descend on the beach.

Residents told police about flyers circulating on Instagram and Snapchat detailing plans for another sunset party on the beach Saturday.

"We’re here to tell that group their party is canceled," said Long Beach Police Commissioner Ron Walsh. "We will not tolerate that behavior on our beaches again."

Long Beach police plan to call on Nassau County police, state police and MTA police to monitor the boardwalk and beach and break up any parties.

Officials said last week’s party remained mostly peaceful until a report of shots fired came in around midnight, resulting in the arrest of two Hempstead teens on weapons charges and an active warrant.

An hour later, an intoxicated man was found nearby who did not realize he had been shot multiple times in the buttocks and leg, Walsh said, adding that the man is recovering from his injuries.

During last week’s party, police inspected all bags but did not find any alcohol, Walsh said.

Long Beach’s boardwalk is open until about midnight, and the beach closes at 11 p.m., Walsh said.

He said large organized groups are not allowed to gather on the boardwalk, regardless of the hours, without a permit and proper insurance and that police will issue citations for illegal activity on the beach, including alcohol, drug, fireworks or noise violations.

"This event is illegal," Walsh said. "We’re all about peaceful and organized gatherings on the beaches. We’re not going to have random fireworks shot in the air and disregarding the rules. They’re going to find it a lot less welcoming this week than last weekend."

Last year, the city imposed an 8 p.m. and 9 p.m. curfew on the beach and the boardwalk, respectively, after similar large parties were held and COVID-19 protocols were disregarded. During one party, beachgoers aimed fireworks at a police helicopter, Walsh said.

Walsh said police are not planning any major closures this year so that they can preserve the beach and boardwalk for other residents.

Several residents said they were concerned about the large parties and hearing gunshots. One apartment building on the boardwalk hired private security Saturday night.

Barry Koff, of Long Beach, said he wanted to see a larger police presence to enforce rules on the beach.

"I don’t think they should shut it down and take it away from people walking on a beautiful summer night," Koff said.

Saturday’s party listed the boardwalk restaurant Riptides as a meeting place. Restaurant owner Brian Braddish said they closed early last week to protect the establishment and the staff from the large gathering. He said he supported closing the boardwalk at 9 p.m.