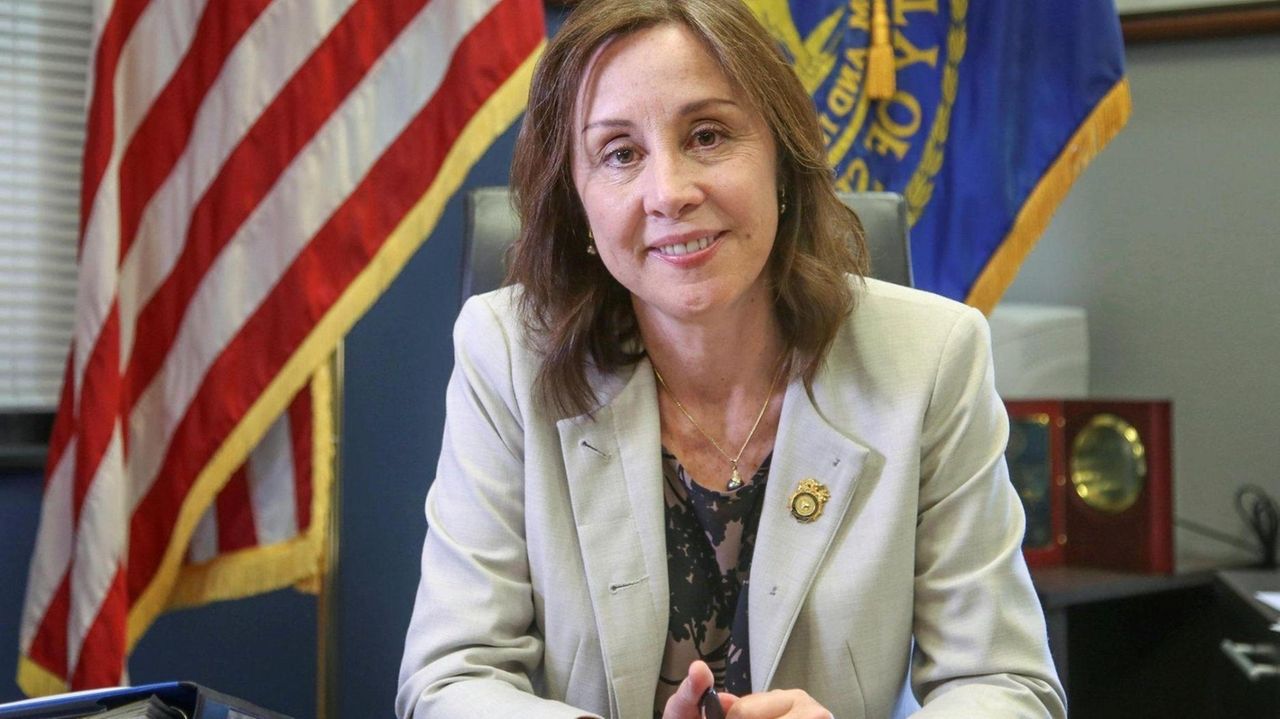 The Suffolk County police commissioner said Thursday that the SCPD plans two surveys of the public — one with residents who have come in contact with the police and a random residents' survey. Credit: Newsday

The department will mail questionnaires about its performance to 6,000 residents who have had recent contact with police — including crime victims, accident victims, witnesses and people who filed complaints about officers — later this month.

“We’re looking forward to getting the results and seeing how we are doing as a department,” Suffolk police Commissioner Geraldine Hart said. “We want to check in with people and make sure they feel they are being treated fairly. If they filed a complaint against our officer, did they feel we took that complaint seriously and followed through on it?”

The John F. Finn Institute for Public Safety, an Albany-based criminal justice think tank, will also call Suffolk residents to poll them on their attitudes about policing. Residents contacted by mail or phone will be given the opportunity to participate online if they prefer.

The Finn Institute will analyze the data gleaned from the surveys and phone calls and prepare a report on its findings, the commissioner said. The information will then be shared with police and county officials working to fulfill Cuomo’s directive to revamp policing.

The Finn Institute data will also be shared with a 30-member task force with a similar agenda that was announced by Suffolk County Executive Steve Bellone Tuesday. The panel includes Hart, other law-enforcement leaders, lawmakers, civil rights advocates and representatives of religious communities.

“This survey is a valuable tool that will enable the County to gauge feedback from the public and their experiences with our police department,” Bellone said. “This is part of our ongoing process to ensure for an open dialogue that will better inform the development of our comprehensive policing plan.”

The survey will be offered in Spanish as well as English, Hart said.

“I do want to encourage people, if they receive the letter or the phone call, I would encourage them to participate in the survey,” Hart said. “It shouldn’t take more than 10 minutes and we think it will be a really valuable tool for us.”

Cuomo ordered local governments across New York state to develop the plans in June, a few weeks after George Floyd’s death while in the custody of Minneapolis police kindled months of nationwide protests over the deaths and injuries of unarmed Black men during encounters with police. The plans must be approved by the Suffolk legislature and submitted to the governor’s office by April 1, 2021, or the municipalities risk the loss of state funds.

The order came after Cuomo signed a package of laws approved by the State Legislature to increase police oversight and reduce police brutality.

2:32
Prayers for the dead, and the survivor, in Quogue crash
1:19
Bellone: Veterans groups to get funds from '20 marathon
A simple message after a painful tragedy: Don't drink and drive
Officials: Hempstead Town beaches limit swimming, Nickerson Beach closed due to shark sightings
'We want him to come to us': Man keeps watch on trap set to lure missing bull
2:45
NY mandating vaccine or testing for state workers, Cuomo says
Didn’t find what you were looking for?