For 22 years, Richard Cohen spent several months of the year making memories with friends in a Fire Island Pines home he owned on Cedar Walk.

Saturday, he stood with insurance adjusters looking at the site where the house had stood, after a blaze destroyed the home and three others early Friday.

“Yesterday, it was more shock. I think now some of the reality is starting to seep in,” said Cohen, 59. “ . . . So many remarkable things happened at that house. People met who were married and had children.”

The fire was first reported at 12:57 a.m. Friday in a home on Ocean Walk. Fanned by 30 mph winds, it quickly spread to a pair of Pine Walk houses and Cohen’s Cedar Walk home, Brookhaven Chief Fire Marshal Chris Mehrman said. Residents of the house were out for the night when the fire started, said Joseph Geiman, first assistant chief of the Fire Island Pines Fire Department.

About 120 firefighters from 16 departments worked to extinguish the blaze, Geiman said. Authorities kept hose lines running throughout Friday to saturate the area, douse smoldering debris and fight flare-ups until packing up Saturday afternoon.

The Town of Brookhaven fire marshal’s office and the Suffolk County Police Arson Squad are investigating, but the cause and origin of the fire had not been determined Saturday.

The houses were largely reduced to rubble, with one home’s charred frame, a stone fireplace and a swimming pool standing among the debris.

In Fire Island Pines — a square mile, car-free community of about 700 homes connected by wooden walkways — a fire like Friday’s is “one of our largest fears,” Geiman said.

Homes in the area are all wooden, built closely together and sit on stilts, which allows wind to come under the house and fuel fires, he said. In addition, large fire engines cannot drive on the Pines’ wooden walkways, so the department uses smaller “boardwalk pumpers” to get closer to the scene when it cannot be reached from Fire Island Boulevard. 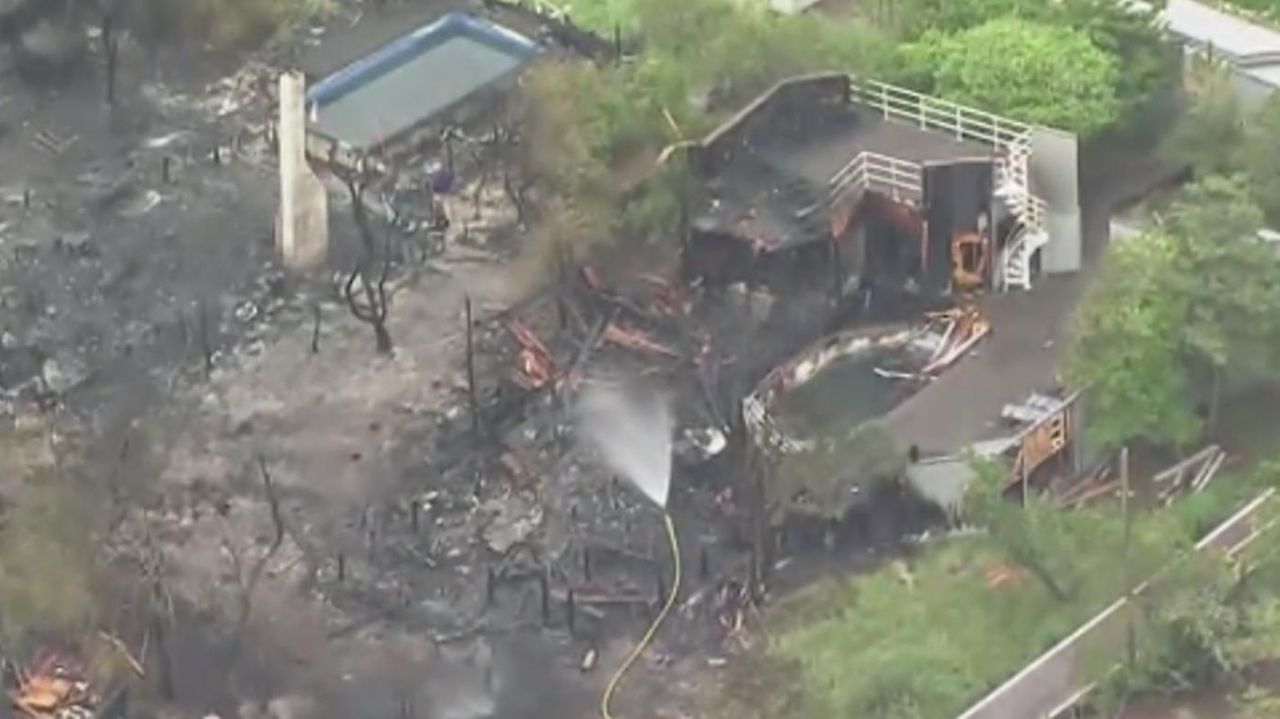 “We’ve learned to deal with it,” he said. “And technology has given us the ability to design vehicles that can go up on the walks and put fires out just like a regular class-A pumper.”

Kat Conley and friends stopped to see the scene Saturday on their way to lunch in Cherry Grove. Conley, of Washington, D.C., said her brother has a house on Ocean Walk, not far from where the fire started.

Cohen recalled visits over 22 years to the Cedar Walk house with friends who had since died. He lost items such as a chair he remembers his great-grandmother sitting in, spoons his grandmother cooked with, and a table he and his friends ate countless dinners around in the fire, he said. 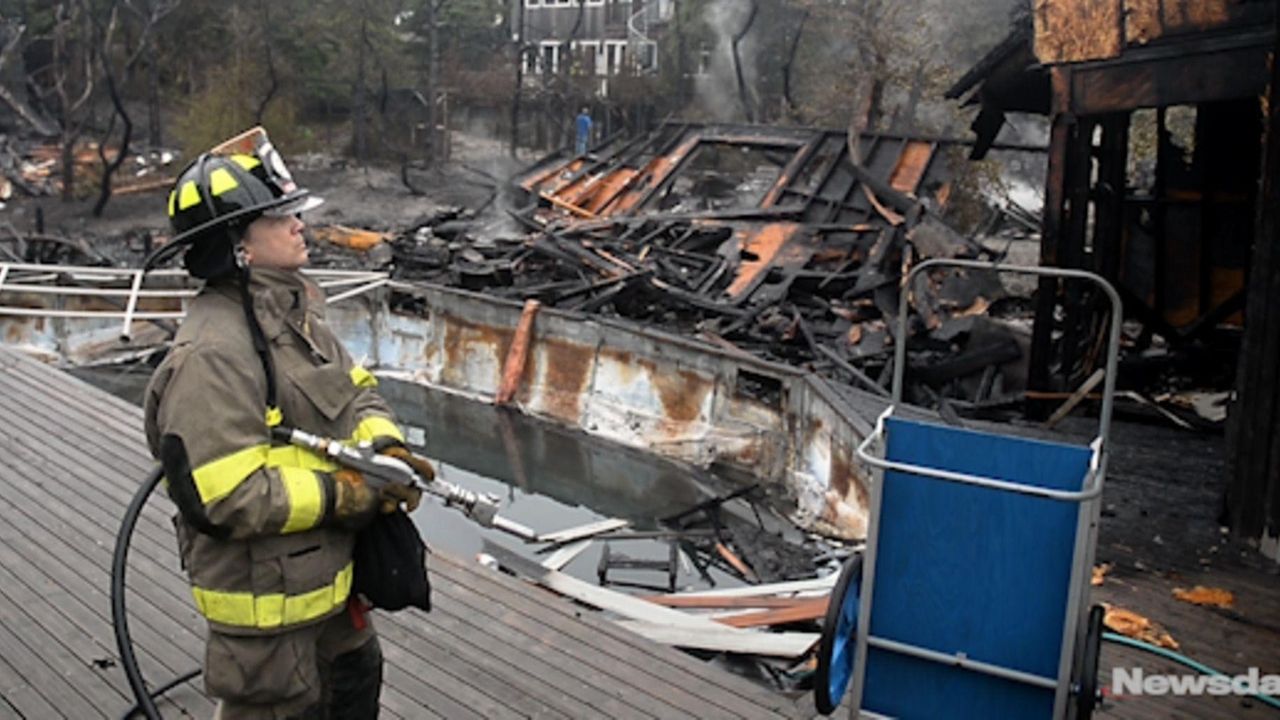 Morning after fire on Fire Island Four structures were destroyed and two were damanged by an overnight fire on Friday June 16, 2017, that swept through the Fire Island Pines neighborhood, according to Joseph Geiman, Fire Island Pines 1st assistant chief. Residents in the area recount the shocking night.  Credit: Steve Pfost

Though he is unsure about his plans, he hopes he and his friends can find another place to stay and “still have a summer together,” Cohen said.