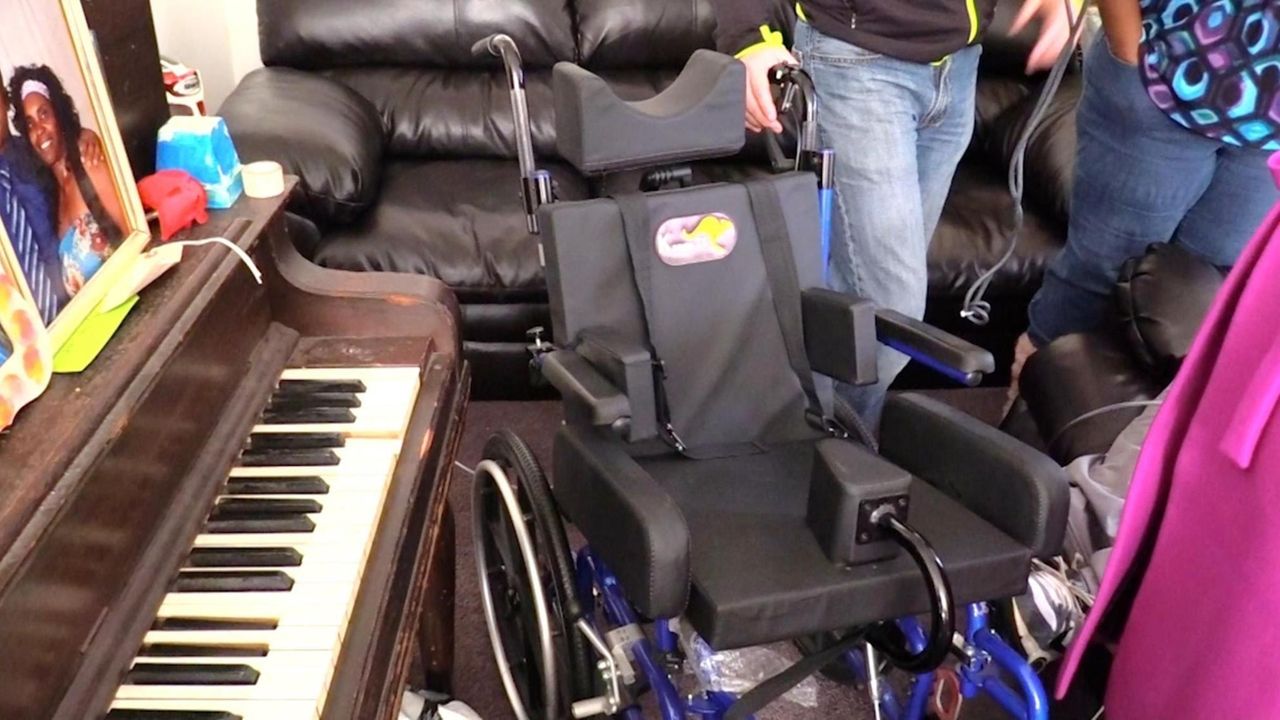 H & J Medical Supplies donated a wheelchair to Roxanne Drayton on Monday to replace the one stolen along with her SUV last month.  A local car dealership donated a 2011 Kia Sorento EX on Sunday to replace her SUV. Credit: James Carbone

A local car dealership played Santa on Sunday, giving away a shiny SUV to the Coram single mother whose vehicle, with her severely disabled son's wheelchair inside, was stolen last month.

Roxanne Drayton had been left devastated by the theft and without a way to transport her son Todd, 28, who has Down syndrome and cerebral palsy and requires constant care, to medical appointments. On Sunday, she walked into the Generation Kia car dealership in Bohemia and picked out a sangria-colored 2011 Kia Sorento EX to take home.

Joe Catalanotto, owner of Generation Kia in Bohemia, said he reached out to Drayton with the offer of a free SUV from his dealership after reading about the theft in Newsday.

"I just wanted to make sure she was taken care of, on the car front," said Catalanotto, who has owned the dealership for a decade. "She really needed an SUV. Whenever we have the opportunity to help someone like that, to change their lives if we can, we always want to do that."

Drayton’s 2002 Ford Explorer was stolen from the driveway of her Coram home Nov. 8, after she left the car running with the keys in the ignition while preparing to pick up her son from Stony Brook University Hospital. Inside was her son's specialty wheelchair — worth about $8,000.

A Suffolk police spokesman on Sunday said by email: "There have been no arrests and the vehicle and wheelchair have not been recovered."

Drayton, who called the offer of a free vehicle "surreal," said she "wasn't really sure" if Catalanotto was serious at first.

But Catalanotto presented Drayton, who came to the dealership with Todd and her other son Darell, 25, with the choice of three vehicles, each adorned with a red or green bow: a 2013 Ford Edge, a 2015 Kia Sedona and the Kia Sorento. 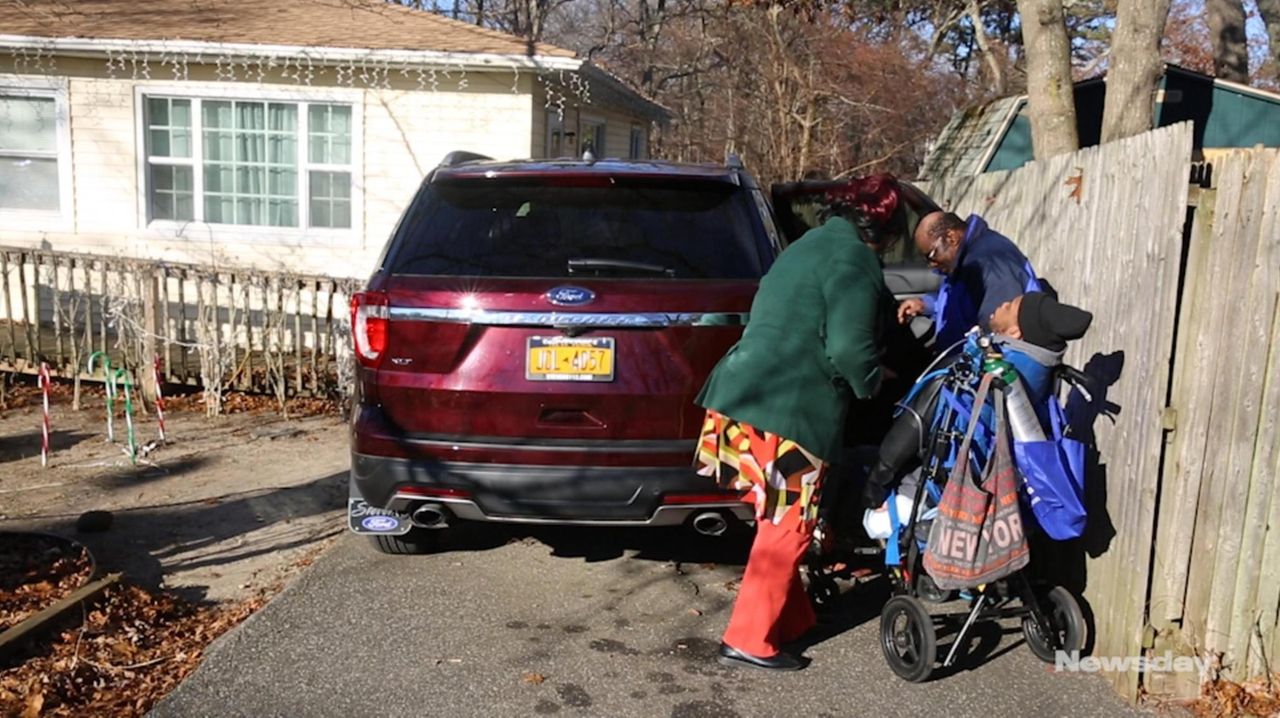 Local woman raising money to replace stolen wheelchair, vehicle Roxanne Drayton of Coram talked with Newsday on Friday about how she is seeking the public's help to raise money to replace her stolen vehicle, which had a specialized wheelchair for her son, who has Down syndrome, cerebral palsy and seizures. The vehicle and wheelchair were stolen from her driveway last month. Credit: Newsday / Shelby Knowles

The Sorento won out because, Drayton said, it had heated leather seats, a navigation system and, more consequentially, plenty of room for Todd's wheelchair.

Catalanotto said there are no strings attached. Drayton is set to pick up the car Wednesday night.

"Totally free. No taxes. We’re charging her zero for the vehicle. She just has to get insurance," Catalanotto said.

Drayton's story also touched many others, who have donated to an online fundraiser in excess of $18,000 to pay for a new wheelchair for Todd, who is currently using a borrowed one.

Drayton, who said she sometimes feels "shunned" when out in public with her son, said she hoped the community rallying around her and her son also would have another effect — a more welcoming attitude to people with disabilities.

Outpouring for mom after SUV, wheelchair stolenA Coram woman whose SUV was stolen along with her disabled son's wheelchair is receiving an outpouring of support, with Long Islanders donating thousands of dollars after her story went public. Mother raising money to replace stolen wheelchairA thief stole Roxanne Drayton's vehicle from her driveway with her son's custom-built wheelchair -- his only mode of transportation -- in the back.