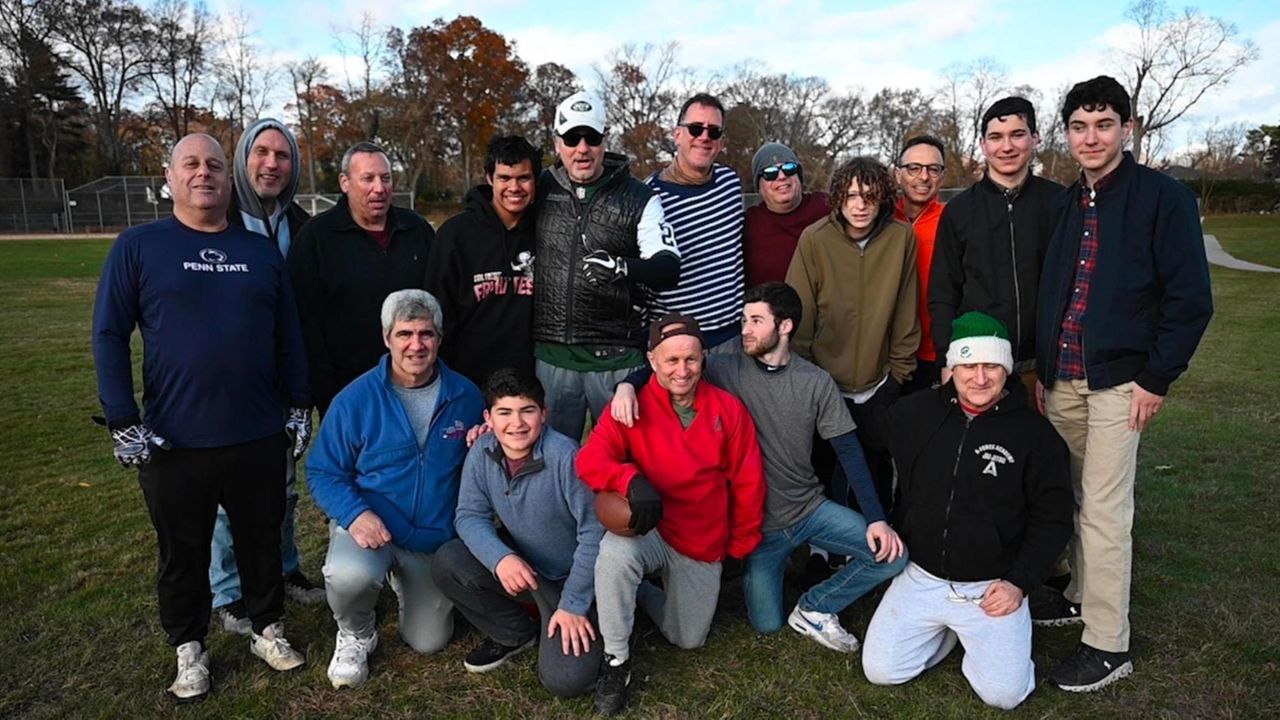 They’ve gotten a little bit older and a little less mobile, but for 40 years, every year after Thanksgiving, the same group of friends from the former Commack High School South has played a football game at Valmont Park.

On Friday, about a dozen of the original class, now joined by their teenage sons and relatives, returned to the field to play the game in grand tradition.

The play was not crisp. Timeouts lasted a little longer, and there were a few injuries sending players to the sidelines.

But more than keeping score or playing for bragging rights, they played to keep the tradition, and their lifelong friendships, alive.

"It used to be about winning, but now it’s about camaraderie," said Larry Lazar, 57, of Cedar Grove, New Jersey. "Forty years goes by really fast. We’re a unique group. Some of us speak literally every day, sometimes once a year, but we always stay close."

The game started in 11th grade for the Commack class of ’82. Many of the participants used to live around the block but now are scattered across the country. Former classmates came Friday from as far away as Pennsylvania and outside Chicago.

Instead of tackle football, which they played when they were younger, they moved on to two-hand touch. And then, "close enough," Lazar said. "The body’s not the same and the knees are gone."

Nothing has stopped the weekend warriors from hitting the gridiron — not snow, nor rain, nor frozen tundra. Last year, even in the surge of the pandemic, about six to eight of the friends spaced themselves 6 to 8 feet apart to throw around the football. This year, they’re all vaccinated, they said.

"As soon as the game ends, we start talking about next year," said Kevin Lax, 57, of Bucks County, Pennsylvania. "It grounds you and makes you realize you need to be connected to this part of life and have something feel like home again."

Some of the friends have known each other since kindergarten, and even though the participants may change from one year to the next, they still look forward to catching up over a pregame meal at La Scala Pizza in Commack.

Though none of the wives came to Friday’s game, the tradition is now being passed on to the sons of the former classmates. Intermingled with the original class, the younger generation went for deep routes and interceptions, and at one point one of the new breed blocked a pass on a blitz.

"I think my friends see it and it’s an inspiration," said Jonah Yocai, 20, whose dad plays. "It’s good to be reminded of what they’re doing."