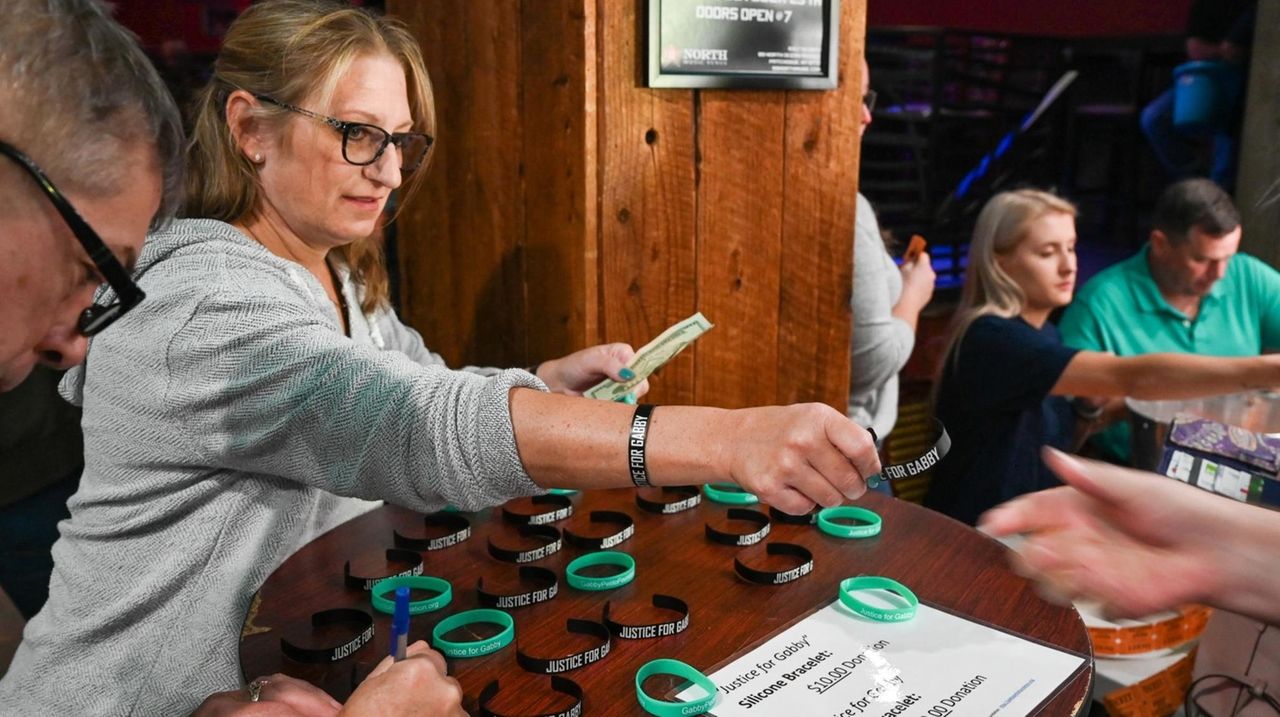 A lively group of more than 100 ate, drank and danced Sunday at a Patchogue music hall with Gabby Petito on their minds and raising money for a new foundation in her name their goal.

The Gabby Petito Foundation, which is in the process of being set up by the Blue Point native's family, will benefit searches for other missing people and support women in abusive relationships, said the family’s attorney, Rick Stafford.

Attendees paid $20 each for entry to the fundraiser at 89 North Music Venue on Ocean Avenue. Organizers did not provide an estimate of how much money was raised from the gate as well as raffles and other sales.

Petito’s parents, who were in Wyoming over the weekend to retrieve her ashes, were not spotted at the event.

She and her fiance Brian Laundrie — graduates of Bayport-Blue Point High School — were on a cross-country road trip this summer that they widely documented on social media.

Petito’s mother Nicole Schmidt of Blue Point reported her missing to Suffolk County police on Sept. 11 after last hearing from her in late August.

Laundrie has been named a person of interest by the FBI, but has evaded police since his family said he vanished Sept. 13.

Petito’s body was found on Sept. 19 in a Wyoming national forest. A Wyoming coroner determined she died of manual strangulation several weeks before she was discovered.

Her story spread nationally and worldwide as police video of Petito and Laundrie speaking with officers in Utah after an apparent argument raised more questions. The ongoing effort to find the answers was on the minds of many who were otherwise in an upbeat mood at the venue.

"It brings everybody together," said Mark Opisso of Mount Sinai, a police officer at Brookhaven National Laboratory who said he worked with Gabby’s stepfather, Jim Schmidt. "Nobody knew Gabby at all and now the whole world knows her."

John Drews of Sound Beach, a family friend, said he had 700 silicone and metal bracelets made that read "Justice for Gabby." He said 600 of the $10 and $20 bracelets had already been sold, with the proceeds benefiting the foundation.

"As a father with a daughter that's a very similar age, it really hits home," Drews said. "And I think we all want the same thing. Justice for Gabby."

She didn't know Petito, but Katie Boodram of Oakdale felt the need to attend the fundraiser in her honor and to also show support of women who have been in abusive relationships.

"I think it’s beautiful that all of Long Island, especially Blue Point, Patchogue, can all come together in honor of Gabby," she said.