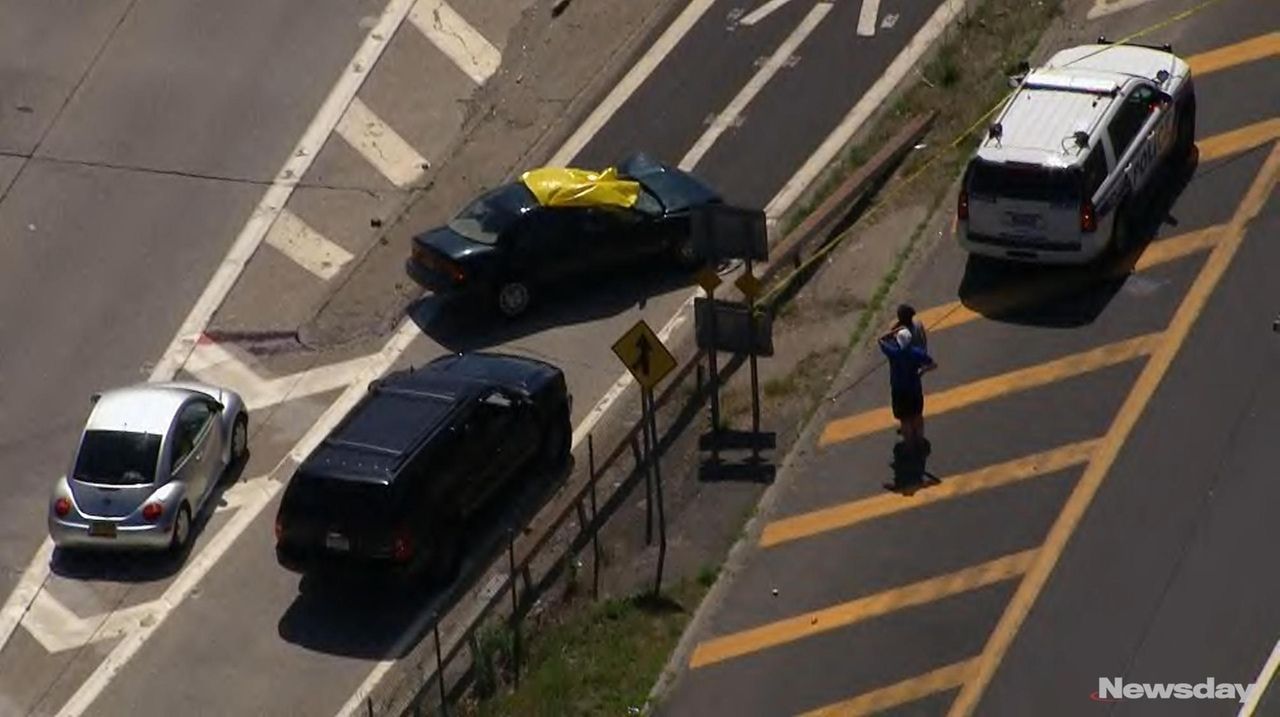 Westbound lanes of Sunrise Highway near exit 40 were closed Thursday after the state DOT said a tractor trailer lost a tire, which then hit a car. Credit: News 12 Long Island, James Carbone

A man was killed Thursday afternoon after a tire hit his car on Sunrise Highway in West Babylon, Suffolk County police said.

The driver, who was not identified, was headed west in a 1998 Saturn sedan when the tire struck his car at about 2:15 p.m. near Hubbard's Path, police said. He was pronounced dead at the scene, police said.

After hitting the Saturn, the tire then struck a 2000 Chevrolet SUV driven by Mary DiFranco, 61, of Lindenhurst, police said.

DiFranco and a passenger, Irene Sciane, 61, of Lindenhurst, were not injured, police said.

According to the state Department of Transportation’s website, the tire came from a tractor trailer on Route 231 which crosses over Sunrise Highway.

But in a release, Suffolk police did not say where the tire came from and asked for the public’s help in providing its original location any other details about the crash.

The surviving driver's son, Sean DiFranco, 31, said his mother told him she and Sciane were going home after visiting a friend when the tire smashed into the front grill and hood of her Geo Tracker.

"She had a near-death experience," her son said. "I feel terrible that the guy had passed away."

Sean DiFranco said he hopes investigators find some video surveillance along Sunrise Highway so they can learn what happened.

"A man died," he said, "and that's because someone else's tire fell off…I'm not saying that person did it on purpose, but someone's got to 'fess up to that."

Westbound lanes of Sunrise Highway near Exit 40 and a service road were closed after the crash. They were reopened at about 6:25 p.m. the DOT said.