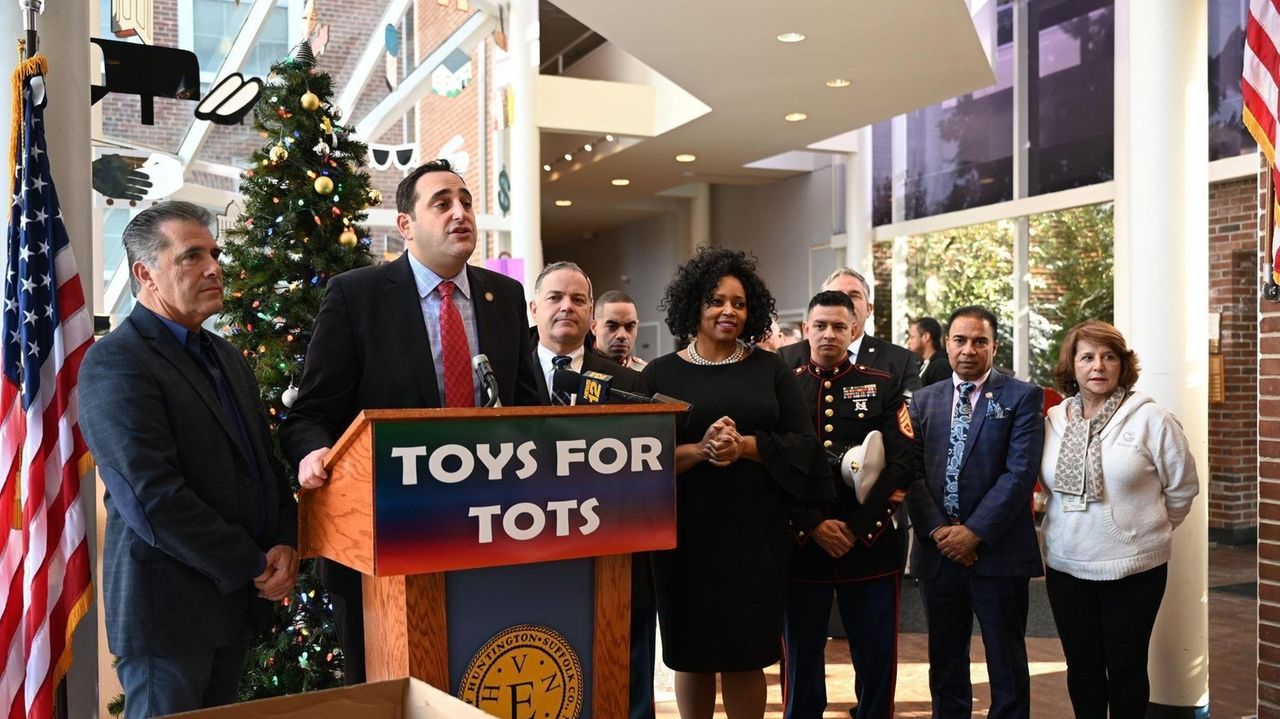 You don't have to be a U.S. Marine to help a needy kid this holiday season.

Just get a toy and donate it to the Marine Corps Toys for Tots program to give a kid the gift of hope.

Since 1947, the Marine Corps Reserve has run the program in an effort to improve the lives of less fortunate children. The program has been part of the Reserve's official mission since 1995.

In line with that mission, Maj. Chuck Kilbride and members of the Marine Corps Reserve joined Town of Huntington Supervisor Chad Lupinacci and other town officials Tuesday at Town Hall on Main Street to announce a joint Toys for Tots campaign. Included will be a Christmas tree and donation box.

The program originated in post-World War II Los Angeles when the wife of Marine Corps Reservist Maj. Bill Hendricks tried to donate a homemade Raggedy Ann doll to a needy child but couldn't find an organization through which to do so.

After some thought, Hendricks gathered fellow reservists, including another organizer, Lt. Col. John Hampton, and together they collected about 5,000 toys for local children — placing bins outside movie theaters belonging to Warner Bros.

The following year, Toys for Tots became a national campaign, enlisting the support of Walt Disney Studios. In 1991, the secretary of defense authorized the establishment of it as a nonprofit charity, and four years later approved it as part of the Reserve's official mission.

Since its beginnings, Toys for Tots has distributed more than 500 million toys, according to its website. Early on, many of those toys were used — refurbished by reservists for regifting. The modern program accepts only new toys and charitable financial donations in its efforts to help needy kids.

Toys for Tots says its mission "is to collect new, unwrapped toys during October, November and December each year, and distribute those toys as Christmas gifts to needy children in the community in which the campaign is conducted."

The goal, it says, is to "deliver, through a new toy at Christmas, a message of hope to less fortunate youngsters that will assist them in becoming responsible, productive, and patriotic citizens."

As any Marine would tell you, Oorah!