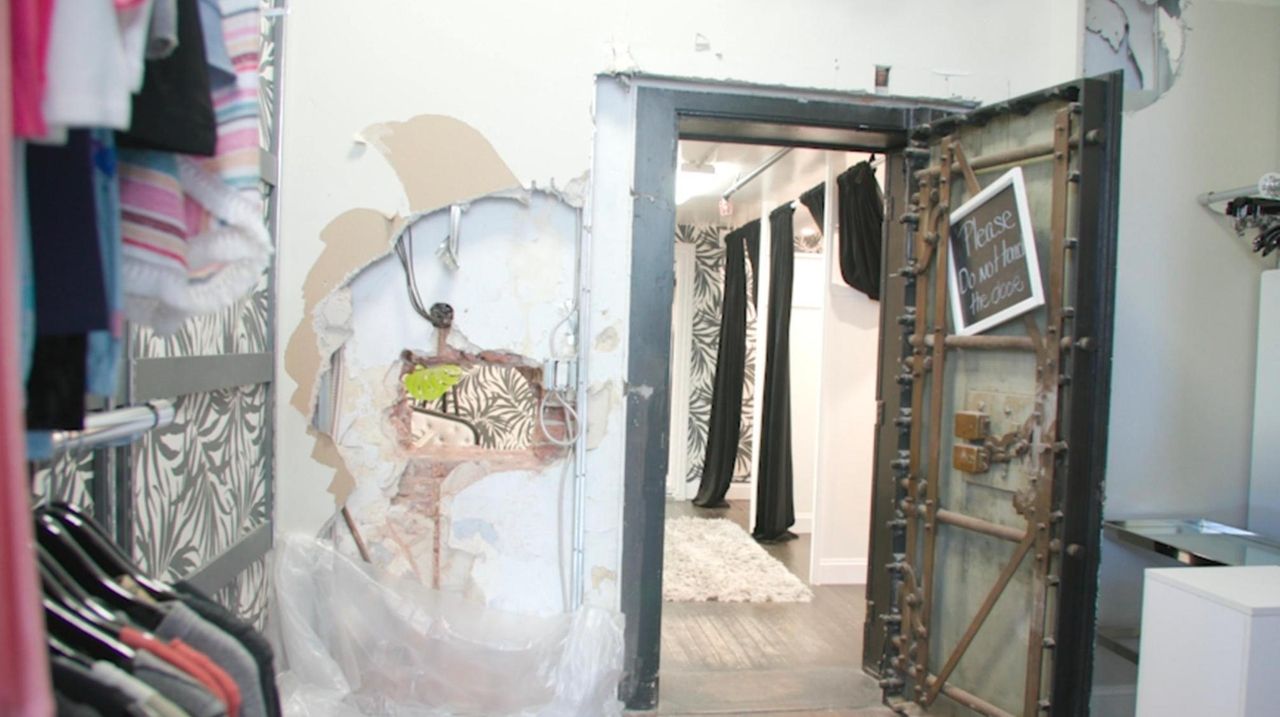 A 14-year-old girl who got locked inside a clothing store dressing room that had once been a bank vault was rescued when Port Jefferson firefighters drilled through the wall. Newsday's Steve Langford reports.  Credit: Port Jefferson Fire Department; Kendall Rodriguez

Giavanna Diesso, 14, of Smithtown, learned that history lesson the hard way Tuesday when she was locked inside.

What happened was her 7-year-old brother Vincent playfully pushed the door shut while his sister was inside.

"I didn’t think that it was actually going to close," the boy said.

It took Port Jefferson firefighters drilling inside to free her. Rescuers, via 911, were called when store employees couldn't get the door open.

It all happened about 1 p.m. on Tuesday, Suffolk police said.

Firefighters had to use air chisels and hammer drills to "breach" the 12-inch wall, the village fire department said in a Facebook post.

"I think I was too shocked to be really too scared," she said.

Giavanna and Vincent's mother, Danielle Diesso, heard a loud sound, and it turned out the noise heralded her daughter being locked inside.

"I actually heard the door close and slam, and it was a very loud slam as I was paying," the mother said.

The department got help from local contractors and their equipment.

It took about 90 minutes or so before the girl could be freed.

"We train on a lot of different construction techniques and ways to either secure walls, go through walls, break into walls obviously — never a safe, but now we know that, so …" he said.

Danielle Diesso said: "Once she got out, I ran over to her, and she ran over to me, and I just hugged her with so much relief that she was safe and in my hands again, in my arms again."

She added: "I hope that we can laugh about it in a couple of days. I still feel very awful that there’s damage to the wall. I feel awful that it was such an ordeal."

A locksmith came to disable the lock. And there's now a small chalk board urging: "Please Do not touch the door."