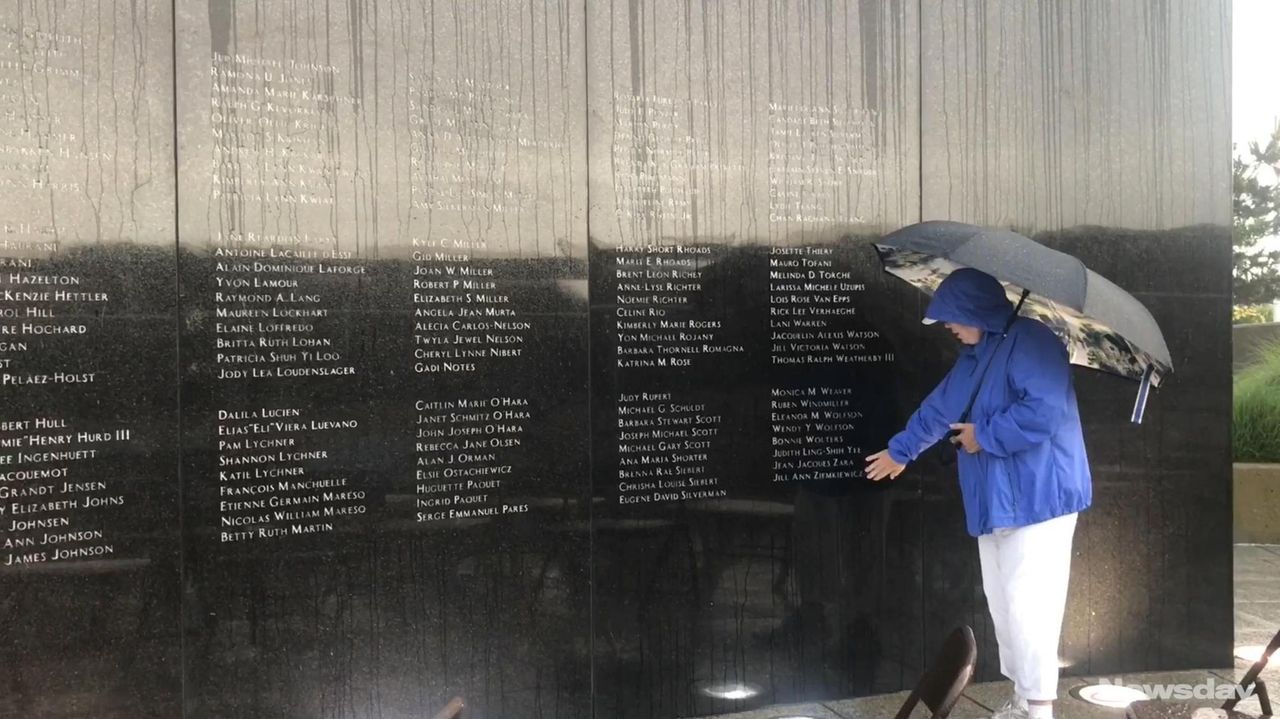 A handful of people gathered Tuesday in Shirley to commemorate the 22nd anniversary of the crash of TWA Flight 800, which exploded over the Atlantic Ocean south of East Moriches, killing all 230 people on board. Credit: Newsday / Kadia Goba

Not even torrential rain and thunder on Tuesday could keep Nancy Timerell from honoring the memory of her brother, who was killed in the TWA Flight 800 crash 22 years ago.

Every year on the anniversary of the crash, Timerell makes the three-hour trip from Berlin, Connecticut to Long Island to join friends and family of those who died at the TWA Flight 800 International Memorial in Shirley. This year was no different.

“It’s like a rejuvenation every year and it’s a place that he would have loved,” Timerell said.

Minutes after taking off from Kennedy Airport, the Paris-bound TWA Flight 800 exploded at about 8:31 p.m. July 17, 1996. It crashed into the Atlantic Ocean south of East Moriches, killing all 230 people on board — including Timerell's brother Andrew H. Krukar, who she said was headed to Paris on business but planned to meet his girlfriend for a surprise proposal. 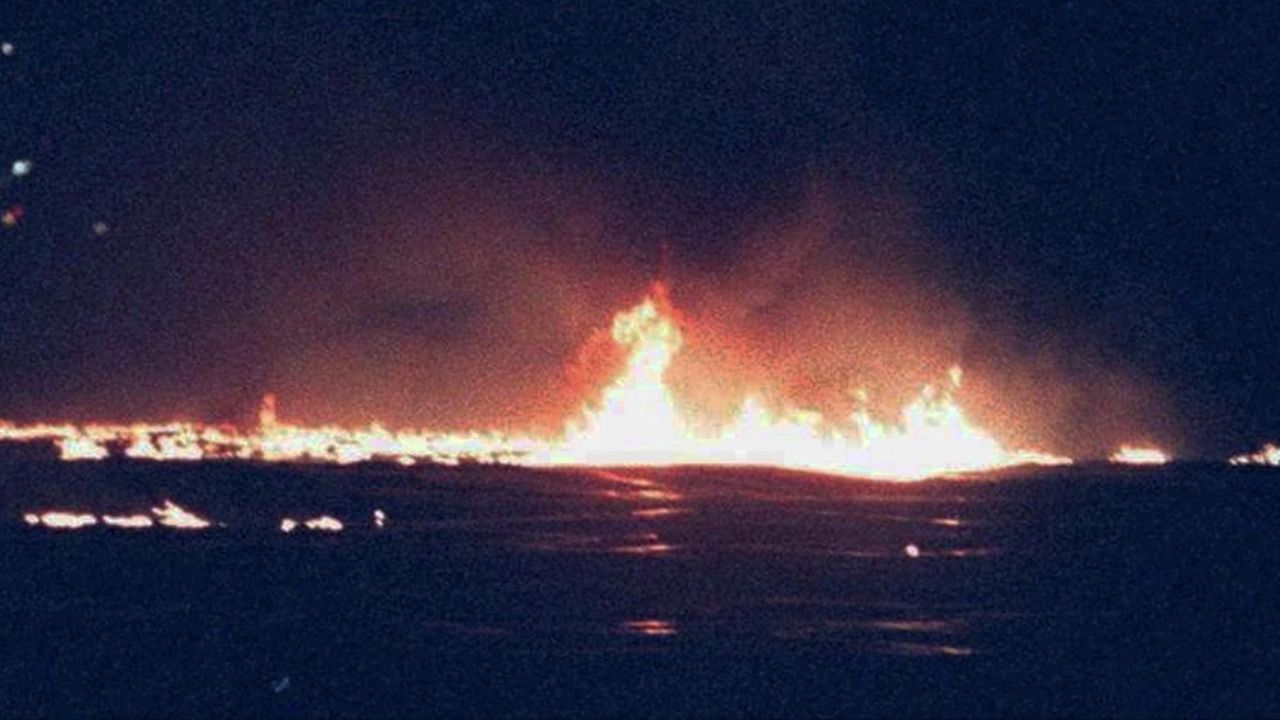 Timerell and a handful of people gathered at the memorial Tuesday, a trip that was rewarded with a double rainbow peeking behind the polished granite wall that bears the name of all 230 victims.

At a brief ceremony, six people read poems and the names of all the fallen. Three attendees then threw white carnations into the ocean.

“I come out every year to remember my friends that perished on the flight," said former TWA crew chief and aircraft maintenance worker Eddie Janssen, 61, of Mastic Beach. “We always speak for the people who cannot anymore.”

Krukar, who was 40 when he died, had beautiful gardens at his home in Bridgeport, Timerell said. He would have loved the simplicity of the horticulture design of the memorial, a 1½-acre plot of land that overlooks the site of the crash, she said.

The area is lined with three varieties of daffodils, carnations, purple and yellow daisies, zinnias and marigolds, said Florin Trifan, the horticulturist that maintains the site.

"It feels good to be here," Timerell said.

TWA Flight 800 victim's dad sees advocacy pay offJames Hurd Jr. has testified on Capitol Hill, pushing for changes to aircraft to prevent fuel tank explosions like the one believed to have caused the downing of Flight 800,