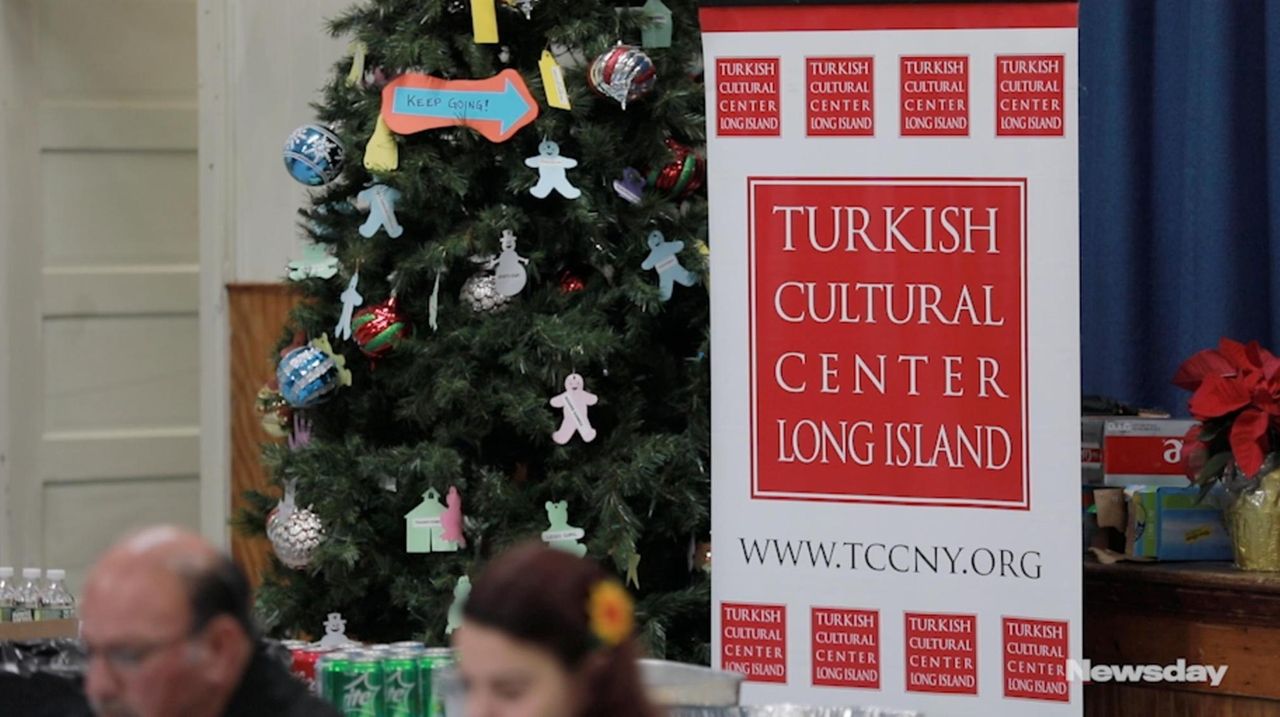 On Tuesday, the executive director of Long Island Jobs with Justice spoke about the criminalization of refuges during an International Human Rights Day interfaith luncheon in Wyandanch.  Credit: Newsday / Yeong-Ung Yang

Refugees seeking asylum are not finding it in the United States in one of the worst attacks on human rights in decades, immigrant rights advocates said Tuesday at an interfaith event marking International Human Rights Day.

October marked the first month in 30 years in which no refugees were permitted to enter the United States, Richard Koubek told about 75 people at Our Lady of the Miraculous Medal Roman Catholic Church in Wyandanch.

Although the Obama administration established a limit of 111,000 refugees per year in 2016, it dropped to 18,000 per year under the Trump administration, said Koubek, a community outreach coordinator with the nonprofit Long Island Jobs with Justice.

“There are entire populations that continue to be systematically denied these very rights and dignities” outlined in the 1948 Universal Declaration of Human Rights, said Anita Halasz, the group's executive director.

“I think that the document is fantastic,” Halasz said. “Our concern is that our governments and greedy corporate actors are actually doing everything that they can to actively work against this document.”

On Long Island, most of the people denied asylum come from Mexico and Central America, and are fleeing violence and extreme poverty, organizers said.

Conservatives argue that the United States cannot have an “open borders” policy because the country would be overwhelmed by impoverished migrants needing substantial government assistance.

Halasz said she herself was a beneficiary of humane immigration policies, because her father fled Communism in Romania.

There are about 72 million refugees in the world today, the largest number since World War II, Koubek said.

The Universal Declaration of Human Rights was championed by Eleanor Roosevelt and was the result of work by representatives of 50 member states of the United Nations. The rights form the basis of international law.

Welcoming the stranger is also embedded in scripture, said Rabbi Steven Moss, rabbi emeritus of B’Nai Israel Reform Temple in Oakdale. “We are all in movement … every one of us was an immigrant” or our ancestors were, he said.

Sumeyra Danisman, a research assistant at Stony Brook University, told the crowd she fled her native Turkey three years ago because of repression by an increasingly autocratic government that cracked down on journalists, universities and dissidents.

The advocates honored several local activists, including Lisa Votino, of Suffolk County, who made a trip to the U.S.-Mexico border in January to help migrants stranded there because of increasing roadblocks to gaining asylum.

Votino said the one trip turned into a total of five since then because she was so moved by the migrants’ plight. Just one she worked with has gained asylum, she said.

“It became a really beautiful community down there,” she said, though “it’s not for the faint of heart.”