Late-afternoon traffic heading west near the U.S. Open in Southampton is bumper-to-bumper on Montauk Highway on Friday. Credit: John Roca

Traffic around the U.S. Open will likely putt along smoothly this weekend even though the final and championship rounds are expected to pull in a more massive crowd, officials said Friday.

Officials say they have seen daily improvements in traffic speed and patterns ever since they were forced to redraw traffic plans in response to drivers early this week complaining of sitting hours in traffic to get to the Shinnecock Hills Golf Club, Southampton Town and police officials said.

“Anything west of the Shinnecock is flying,” Southampton Town Supervisor Jay Schneiderman said around 7:15 p.m. Friday, about half an hour after the last play at the golf course.

One reason for optimism is the “trade parade,” officials said. People who commute to the Hamptons to work, from landscapers to delivery trucks, won’t be taking up blacktop space on the weekends, they said.

Another reason: Officials said the publicity about the traffic hell may have deterred weekenders from venturing anywhere close to the Hamptons until the U.S. Open closes.

After traffic backups early in the week, town and Long Island Rail Road officials have urged Open attendees to use public transportation, including parking at Gabreski Airport in Westhampton Beach and taking a shuttle. Traffic lights have had their times adjusted or turned to blinking yellow. Authorities posted staff at train stations and police at certain intersections to make sure operations went smoothly.

Railroad officials said Friday they were prepared to carry waves of spectators home and had employees in place at the special Shinnecock station and other key locations to ensure operations go smoothly during the Open.

Southampton Town police also said the traffic hell from earlier in the week, when vehicles were backed up for 10 miles on Montauk Highway, had largely been addressed.

One unexpected problem early in the week were drivers abandoning Sunrise Highway, thinking it would be clogged, and taking Montauk Highway and local roads. That eased the Sunrise traffic, but jammed up Montauk and smaller roads.

Police and town officials then urged drivers to use the main roads.

Each day, officials said, they finetuned the traffic flow plan.

“It wound up working today the very best,” she said. “And today there was a higher crowd at the U.S. Open.” 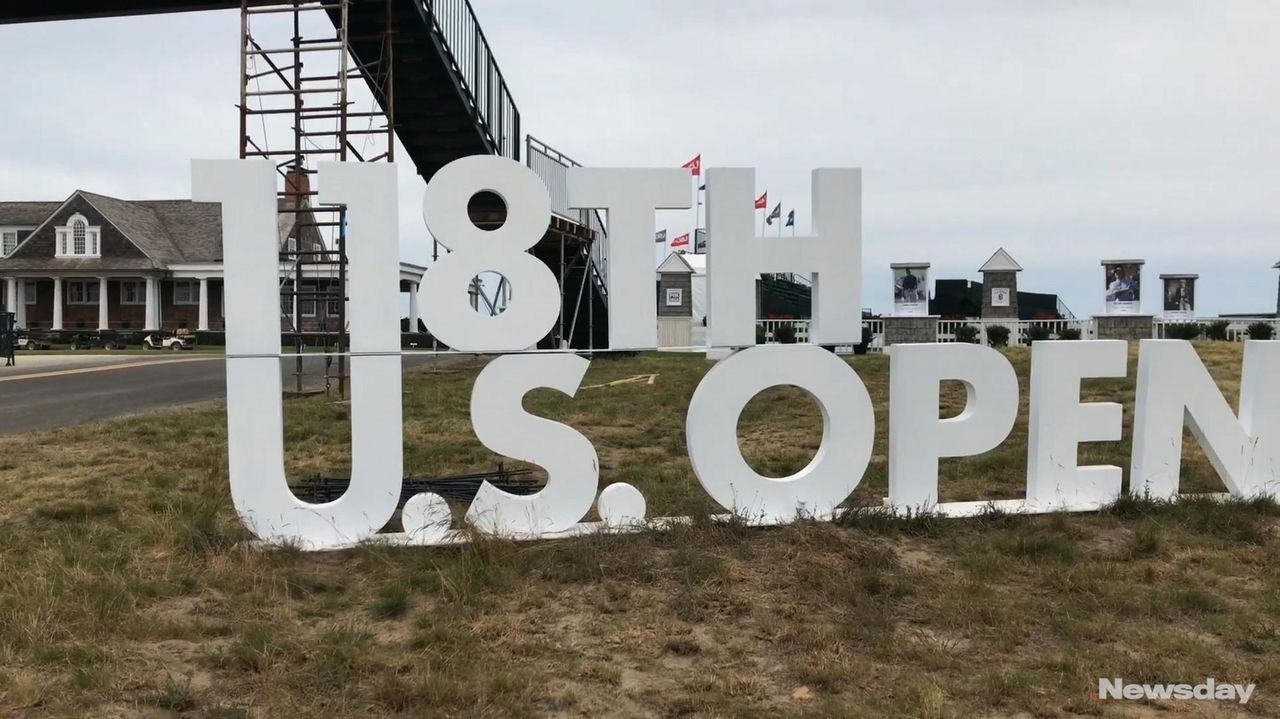 Schneiderman said tournament officials had expected a large crowd for Friday’s second round and they were not disappointed. He said 29,600 attendees showed up Thursday and by late Friday afternoon, 29,095 had arrived, close to the maximum officials had projected.

The Long Island Rail Road reported early Friday that trains were on time and there were no reports of crowding on the Montauk Branch, which has a special stop at Shinnecock. The temporary station, built by the U.S. Golf Association, is expected to carry as many as 9,000 people a day to and from the U.S. Open.

Earlier Friday, two high-volume LIRR parking lots on the Montauk Branch had filled to capacity for the second day in a row as spectators going to the U.S. Open parked to take the train, the railroad said.

“And it’s supposed to be a gorgeous weekend,” he said. “People are going to be coming out to enjoy the Hamptons and you’re definitely going to see a different traffic pattern than you had the last few days.”

With Alfonso Castillo and Craig Schneider

For departure times and stations, go to: web.mta.info/lirr/shinnecock/US-Open-Brochure-2018.pdf

Check LIRR service updates Officials: U.S. Open spectators fill LIRR trainsSo many spectators took the train to the U.S. Open that the parking lots at ... Cops: U.S. Open traffic jams ease on day two"We did realize an improvement, and we're still studying things we might do tomorrow," Southampton Town Police Chief Steve Skrynecki said. "Did we have delays? Yes, we did not eliminate delays but we improved." U.S. Open golf begins, and so do traffic jams"People are calling in asking where is the accident, but there is no accident," police Sgt. Michael Burns said. "Some people who were commuting to work gave up and went home."