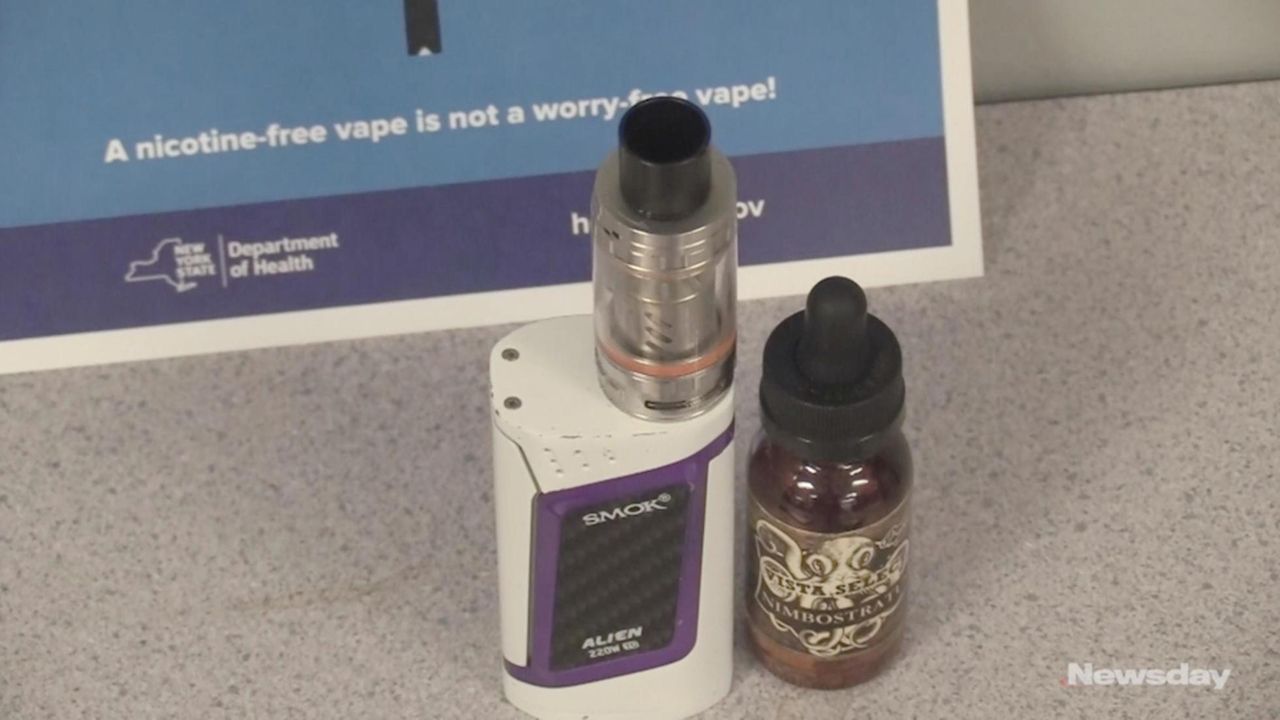 Shops from Lindenhurst and Islip to Smithtown and Port Jefferson were nabbed during a two-week period that ended last Wednesday in a sting that Suffolk officials dubbed Operation Vape Out. Violators face fines and jail time if they are convicted, officials said.

"I have a message to those stores: We will be back," Hart said during a news conference with Bellone at police headquarters in Yaphank.

Hart said 30 people were charged with 32 violations, such as selling e-cigarettes or liquid nicotine to underage customers, selling tobacco products to minors and unlawfully dealing with a child.

Customers must be at least 21 years old to buy vaping products or tobacco in Suffolk.

Underage agents working for the police department went to 137 stores to try to buy vaping or tobacco products, Hart said, adding most shops complied with the law.

Bellone said the arrests highlight a troubling trend: that vaping has become more popular even as nicotine addiction and cigarette sales decline. He said the county would continue to crack down on businesses that sell vape products to minors.

"They don't care about our children's health, and that is unacceptable to us," he said.

Health Commissioner James L. Tomarken said many customers may not be aware they are buying vaping products, many of which carry labels resembling common products as Trix, Cracker Jack or Snapple.

"What people are buying with these products may not be what they think it is," he said at the news conference.

Tomarken said educating children about the dangers of vaping is more productive than kicking them out of school.

"We don't want kids suspended," he said. "If they're not in school and not under the supervision of parents, they might be vaping."

Hart said too many shops fail to request identification to ensure customers are old enough to buy vape products, and she promised to hold stores accountable.