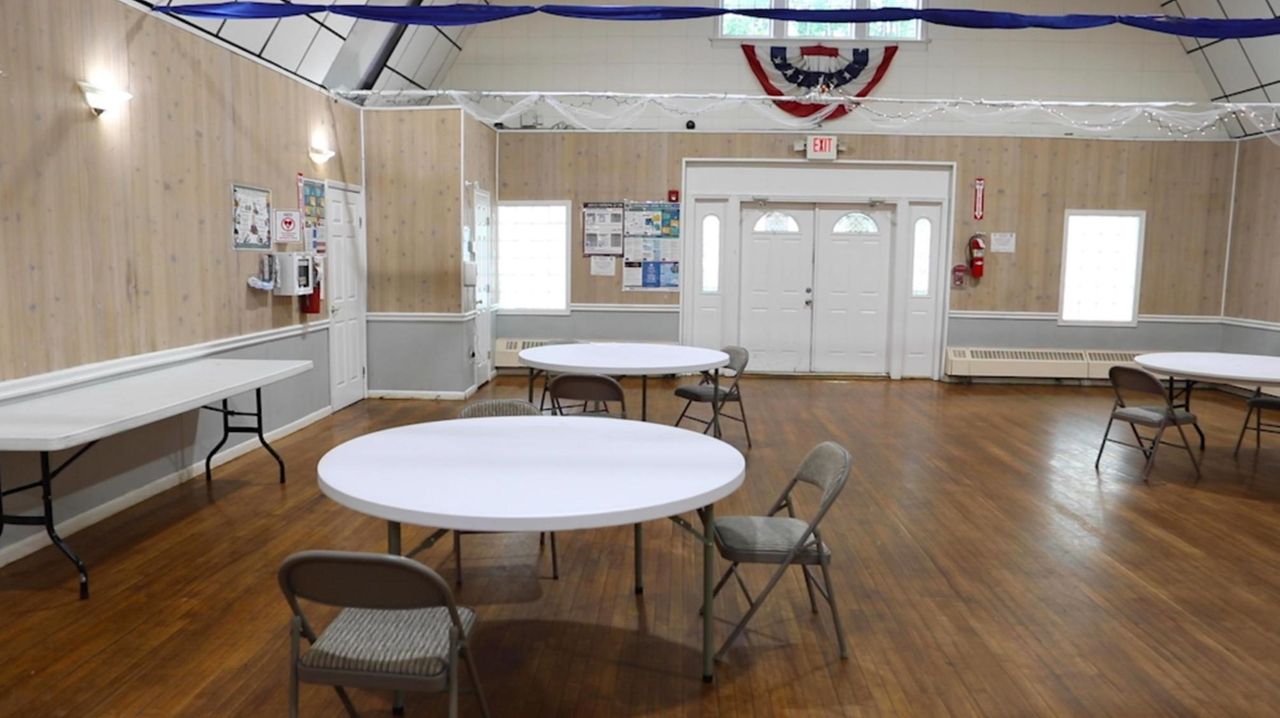 American Legion Post 833 in Smithtown has recently reopened for rentals after being closed since March due to the COVID-19 pandemic. Credit: Linda Rosier

Smithtown veterans organizations are carefully reopening for members’ meetings, though some have not resumed renting their halls for parties and other events, an important source of revenue.

Nonprofits in town and across Long Island are struggling in the pandemic, but these organizations are among the most vulnerable, serving an older membership whose numbers were already dwindling before the virus struck.

Smithtown’s James Ely Miller American Legion Post 833 may best illustrate the difficulties and rewards of reopening. The post, which has about 50 active members, typically earns $30,000 to $40,000 annually, mostly from renting its barnlike meeting hall for $500 a pop; it spends about $24,000 on insurance, utilities and other costs, and uses the balance on a variety of community and veterans causes as well as Christmas care packages for people in active service.

Revenue will likely be slashed by half this year, said Anthony Cannella, post chaplain and facilities director, though post officers have worked hard to reopen the rental hall. Cannella, a vice president for Conair, a Garden City Park contractor, adapted his company’s air quality program for the post’s meeting hall, installing UV lights in the air ducts, upgraded air filters, hand sanitizing and mask stations. The post also has a misting disinfectant machine, carried in a backpack, to clean tables and chairs after events.

The air filtering system alone cost $5,000, Cannella said, though some equipment was donated. Operating in a pandemic also requires more work: Volunteers from the post do about two hours of cleaning after every event, double the time they spent before the virus hit.

Post officers have lined up four rentals for September, about half the normal number, and capacity is limited to 50. Normally, post commander Donna Kearney said, she’d get calls about baby showers, communions and wedding parties; "Now, there’s an uptick in memorial services, because families couldn’t go to a funeral or wake."

While no post members have tested positive for COVID-19, some are reluctant to come to meetings. Some post members are in their 90s; some have health conditions related to their work as 9/11 responders. About 18 members came to a recent meeting, down from 25 to 30 that normally show.

Other posts, also set back by the pandemic, are reopening to the public more tentatively. "This has put us forever into a hole," said Ken Dolan, commander of the American Legion Donald C. Munro Post 944 in Kings Park. The post needs to raise $10,000 to $12,000 a year to cover basic expenses such as insurance and utilities.

But the annual fundraising drive, held in May, came up short, and a home improvement chain canceled a grant Dolan hoped would cover some post renovations. The post has only recently started renting its halls. The first rentals were to a group of New York City fire service retirees and the Kennel Club; an agreement with the Ancient Order of Hibernians is pending.

Membership for those groups, not coincidentally, skews older. "We are kind of shy on who we’re going to rent to," Dolan said. "We don’t want any young people exposing themselves. Usually, when you have an adult meeting, they’re basically stationary: they sit at a table and they listen to what’s going on, but there’s no partying and dancing."

The post’s first general membership meeting since March, held in early September, brought out 18 Legion members, somewhat fewer than normal. Everyone wore masks. "We had five-foot tables and we put three chairs around the table," Dolan said. "We spread out."

In St. James, Veterans of Foreign Wars Sgt. John W. Cooke Post 395 lost a longtime tenant, a meditation group whose leaders told post officers they would not return even after the easing of restrictions on gathering made it possible to do so. "We haven’t had any bites" on short-term rentals, said Sal Riccobono, a post officer. Complicating matters is a long-term construction project outside the Lake Avenue headquarters, although it is still possible to reach the post.