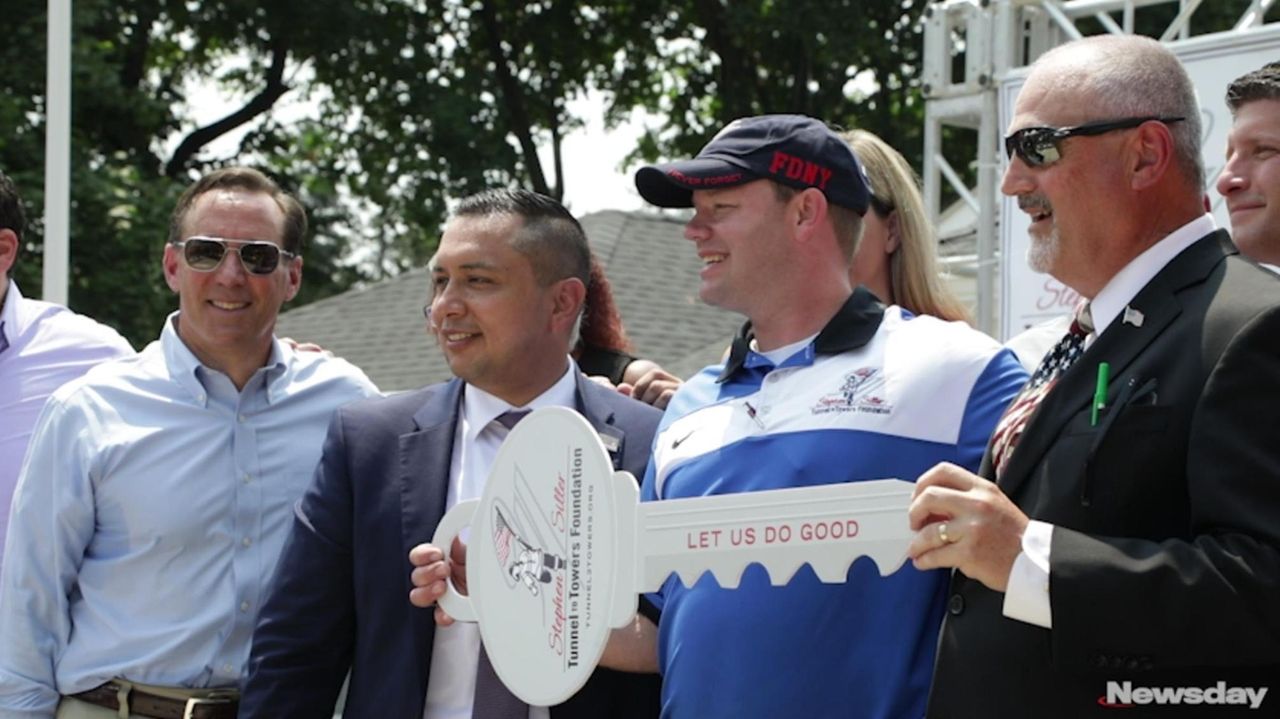 The Stephen Siller Tunnel to Towers Foundation and a group of national and local sponsors gave Army Ranger Cpl. Christopher Levi, whose legs were severed during a 2008 Baghdad roadside explosion, a custom-made "Smart Home" in Melville on Tuesday.   Credit: Newsday / Yeong-Ung Yang

From an early age, Army Ranger Cpl. Christopher Levi took care of others.

"He was always a protector,” said his mother, Debbie Levi. “Of me, his sisters, children that were bullied at school.”

On Tuesday, the Purple Heart recipient, whose legs were severed during a 2008 Baghdad roadside explosion, received some protection of his own — in the form of a custom-made home.

The 35-year-old Holbrook native was given a new house in Melville with “smart” technologies controllable by touch pads. The home was given to Levi by the Stephen Siller Tunnel to Towers Foundation's Smart Home program and nearly a dozen local and national sponsors including H2M architects and engineers, Northwell Health and Home Depot.

Christopher Levi is the first on Long Island to receive a home under this program.

Siller, a NYFD firefighter, died on Sept. 11, 2001, after running through the Brooklyn Battery Tunnel to the World Trade Center towers. The foundation was formed by his brother Frank, who was at Tuesday’s ceremony.

And now, Long Island and the many organizations that contributed to his home are giving back to him for the same reason he enlisted in the Army.

Levi’s three-bedroom, 2 1/2-bath ranch, which was hidden behind a giant American flag before the unveiling, is the 75th smart home that Tunnel to Towers has either delivered to a military hero, begun to build or planned to build nationwide, the organization said.

The home — valued at more than $500,000 — has such features as mechanized inserts in the kitchen’s cabinets, a mechanical lift that allows the stove to be lowered, and 36-inch wide doorways, all of which allow for easier wheelchair access. As he toured the house on his prosthetic legs, alongside his parents, two sisters, brother-in-law and two young nieces, Levi said he looked forward to sharing the space with his family, whom he described as his biggest supporters.

Levi, who served as an Army Ranger with the 10th Mountain Division, was injured on his second combat tour of duty, when a shaped-charge explosive shattered his Humvee in Baghdad’s Sadr City neighborhood. The explosion also blew off part of a bone in his right hand. He spent more than a year recovering at Walter Reed Army Medical Center in Bethesda, Maryland, before moving in to his parents’ Holbrook home, which was modified to accommodate his injuries.

Tuesday’s homecoming ceremony, which was followed by a barbecue, included a helicopter flyover by Northwell Health, which donated $100,000 to the home.

His parents said they take comfort in knowing such a caring individual will now be cared for.

“He always said he’d protect his country,” his mother said. “And now, his country is protecting him.”