A vigil was held at Bellport High School on Monday, April 17, 2017, for the victims of a quadruple homicide. Credit: Newsday / Thomas A. Ferrara

The people who best knew Justin Llivicura and Jorge Tigre — and those who just recalled seeing the teenagers in the halls of Bellport High School — remembered them during a vigil Monday on school grounds.

Llivicura, 16, and Tigre, 18, were among four young men found slain last week in a Central Islip park, in a killing that Suffolk police believe was the work of the MS-13 street gang.

On Monday, as many as 100 people — including relatives, classmates, elected representatives and school administrators — held glow sticks and prayed at a twilight event.

“He was just a good boy,” Llivicura’s uncle, Celio Llivicura of Patchogue, said as he held up a large picture of his nephew. “No problems.”

The quiet demeanor of both teens outside of classes made it all the more shocking to their classmates and family that they would have been caught up in the latest spate of gang violence.

Police said their bodies and those of two others were found in a park in Central Islip on Wednesday. The other two victims were Jefferson Villalobos, 18, of Pompano Beach, Florida, and Michael Lopez Banegas, 20, of Brentwood.

At the vigil, organized by the nonprofit group Angels of Long Island, Suffolk Police Commissioner Timothy Sini said the killers would be caught.

“We’ll do everything possible to solve these murders as quickly as possible,” Sini told the crowd gathered on the walkway leading into Bellport High. “We’ll be here for the long haul.”

Giani said the deaths had struck the district hard. “We are certainly deeply shocked and saddened by this tragic loss,” he said. “Our deepest sympathies go out to the families and those closest to them . . . Tonight’s a night for us to show our compassion and show support needed for the families as well as to one another during this difficult time.”

The school district increased its security presence on Monday, the first day of classes since the bodies were found.

Meanwhile, the superintendent of Sachem Central School District wrote a letter to the community Monday, identifying one of the victims as “a former Sachem East” student. 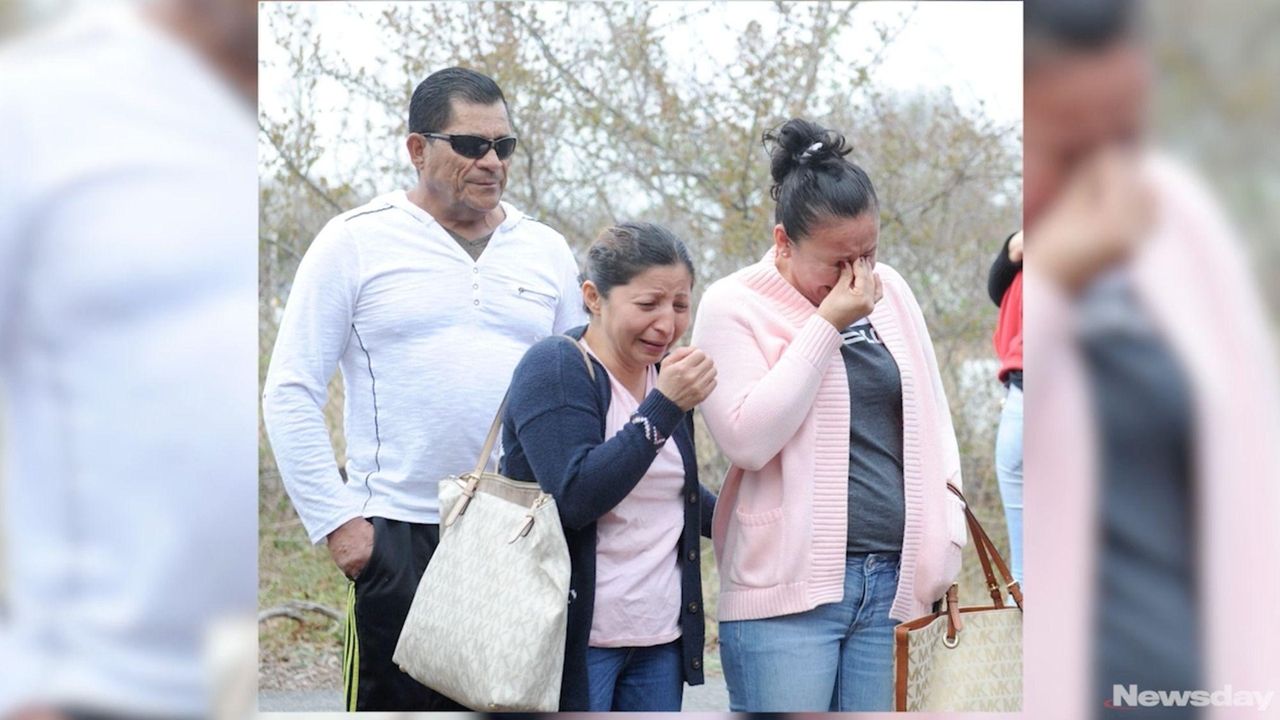 In the letter, Graham said the district has increased its security at both of its high schools, and provided counseling services Monday “to any student or staff member who may be adversely affected by this loss.”

In Central Islip, Superintendent Howard Koenig said in an interview after his district’s school board meeting Monday that the security staff “came in earlier this morning than normal,” but otherwise the district was operating normally. Officials said there are anti-gang and anti-violence programs in place, and that no grief counselors were used because none of the victims attended the district.

“We were prepared, if it had gone down that these were our kids — because remember going into the weekend we didn’t know — we were prepared to bring in” grief counselors, Koenig said. “We didn’t have to.”