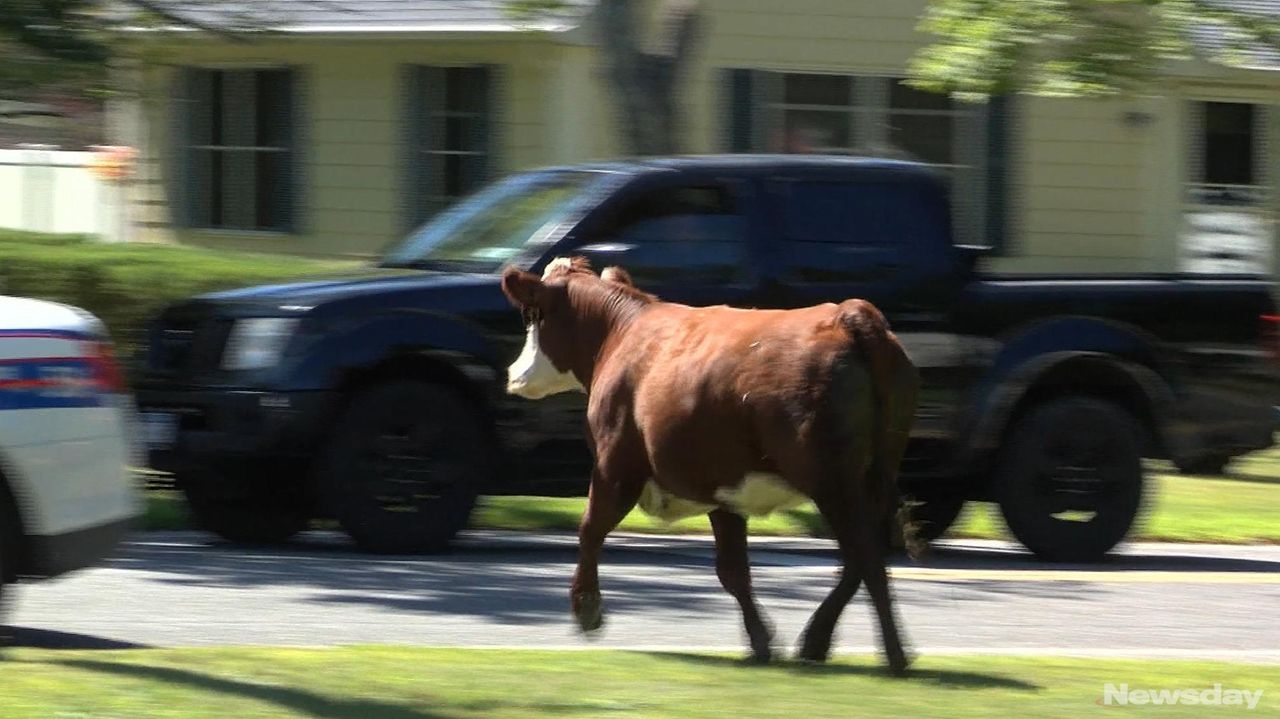 An escaped cow ran through the streets of Medford, ramming a police car, before being tranquilized by Suffolk County authorities, on Sept. 1, 2017. Credit: Newsday / Stringer News Service

A cow on the run rammed a police car in Medford on Friday before it was tranquilized and returned to its owner, Suffolk police said.

Several 911 callers reported the strange sight of the four-legged wanderer trotting around Woodside and Tremont avenues at about 11:30 a.m., police said.

The brown-and-white bovine lives on a nearby residential property on Syracuse Avenue, and police said its owner had reported the cow missing Thursday night.

On Friday morning, a patrol officer saw the wayward cow on First Avenue. As the officer pulled alongside, the animal took a disliking to the cop car and rammed it on the passenger side, leaving a large dent.

The officer was not injured, police said.

As the cow trotted toward Route 112, other officers used their vehicles to corral the animal in the backyard of an abandoned property on Tremont Avenue. An emergency service officer then subdued the cow with a tranquilizer dart.

It wasn’t immediately clear why the Medford resident kept a cow at home, or how it escaped.