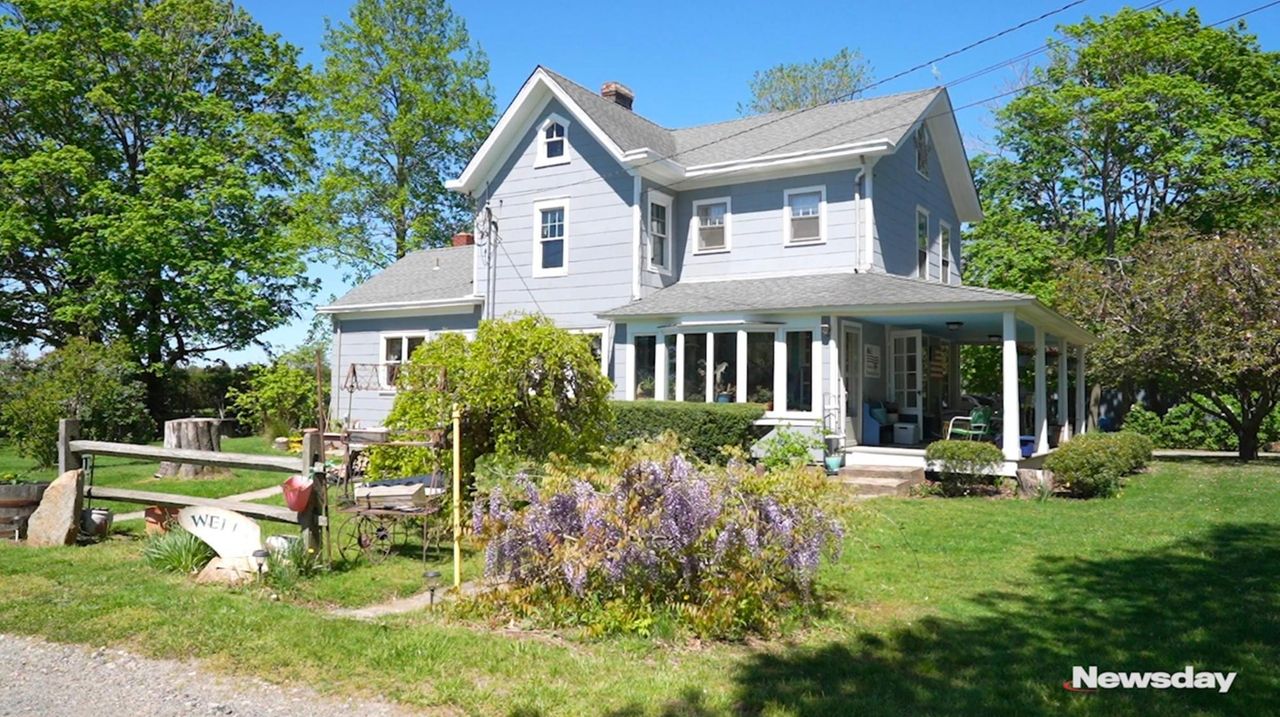 The Wells family has owned and operated farmland on the North Fork since 1661, growing a variety of vegetables and, most recently, becoming a top asparagus producer. Now part of the land – 11.16 acres – will be preserved as part of the county’s farmland preservation program. Taking a closer look at the Wells family legacy and what it takes to keep the farm viable today. Credit: Randee Daddona

For centuries, the Wells family has farmed land in Riverhead, growing vegetables on a 45-acre homestead that has been a legacy handed down through generations.

"It was one of my dad’s dreams, to preserve farmland," said Matt Wells, 35, sitting in a harvest barn, surrounded by crates of asparagus packed and ready for pickup. "Not just ours, but all of the farms that are still here in Riverhead and Suffolk County."

Lyle Wells, a former president of the Long Island Farm Bureau and a member of the Riverhead Town Planning Board, died in January 2018 in a farming accident. He was 62.

But his family, who has operated the farm since 1661, said his dream will go on.

The development rights to part of the Wells family farm — an 11.16 acre section — have been sold to Suffolk County, with the agreement that it will remain designated for agricultural use only.

Wells said, in addition to preserving the land, the county's payment of $613,800 will help the rest of the farm survive, paying off loans taken out for operating costs and equipment.

Created in 1974, the county's preservation program has become a model for other such efforts within the state and the country, Suffolk County officials said.

"The acquisition also adds and builds to a very important block of farmland in that area that is preserved," county planning director Sarah Lansdale said. "Building blocks of farmland is important for the overall farm community and farm economy."

In Suffolk, there are more than 11,000 acres of farmland preserved, county officials said.

August Ruckdeschel, Suffolk County farmland and open space coordinator, said the preservation program started because "there was a real concern about loss of viable agricultural acreage."

More than $226 million in sales is generated annually in agriculture from Suffolk farmland, county officials said

The Wells land — first bought by ancestor William Wells — has yielded variations of squash, cucumbers and sunflowers and of late, the farm has become a top asparagus producer.

The Wellses initially grew a few acres of asparagus, but as demand grew locally, they expanded to 50 acres for the vegetable, in addition to property leased in Mattituck. They produce up to 6,000 pounds per season, which begins in May and lasts up to eight weeks.

The family not only grows vegetables to sell in the community but has forged a relationship with online grocery company FreshDirect of New York, Wells said.

Three to six people work on the farm along with Wells, who performs tasks ranging from setting up irrigation to paperwork, checking fields for beetles and getting the soil ready for planting.

A larkspur field takes up 2.25 acres, with another seven acres dedicated to sunflowers. A diversity of crops is needed when planting to adjust to demand, which takes years to plan.

"You can’t always grow the same thing all the time," Matt Wells said. "We kind of switch it up when we notice that the market is changing."

Susan Wells, Lyle’s widow, said her children have all helped out on the farm but it was Matt who took a leading role.

"My other kids helped out, but Matthew just kind of took over and everyone else, like, stepped in and helped him," said Susan Wells, who worked on the farm for more than 40 years and now owns three greenhouses on the family farm. "We all did. We still are. Like he’s asking me questions every day, ‘Ma, ma. What do you think about this?’"

For Matt Wells, getting back to the family farm happened sooner than expected.

In 2012, Matt Wells moved into Manhattan, where he worked in a whiskey bar. After meeting his then-girlfriend, now fiancee, Ella Jane New, 34, they opened Brahman Yoga in Harlem. When his dad died, they decided to move out east and manage the yoga business from the Island.

Farming will likely remain in the Wells family for another generation, as New and Matt Wells welcome their first child, a girl, in August. He plans to continue building the production of vegetables on the farm while managing the day-to-day operations.

"When you’re a farmer, you’re not really just a farmer," Matt Wells said. "You’re a mechanic, you’re a carpenter, you’re a business owner. You kind of have to be a jack of all trades."

LI school start dates range from Aug. 26 to Sept. 10
1:30
Ex-COVID patients make music on road to recovery
Teen seriously injured while biking in North Patchogue
Woman whose life was filled with 'fun little stories' dies at 97
More LI colleges, universities moving toward mandatory COVID-19 shots
Fauci: 'Things are going to get worse' with COVID-19
Didn’t find what you were looking for?