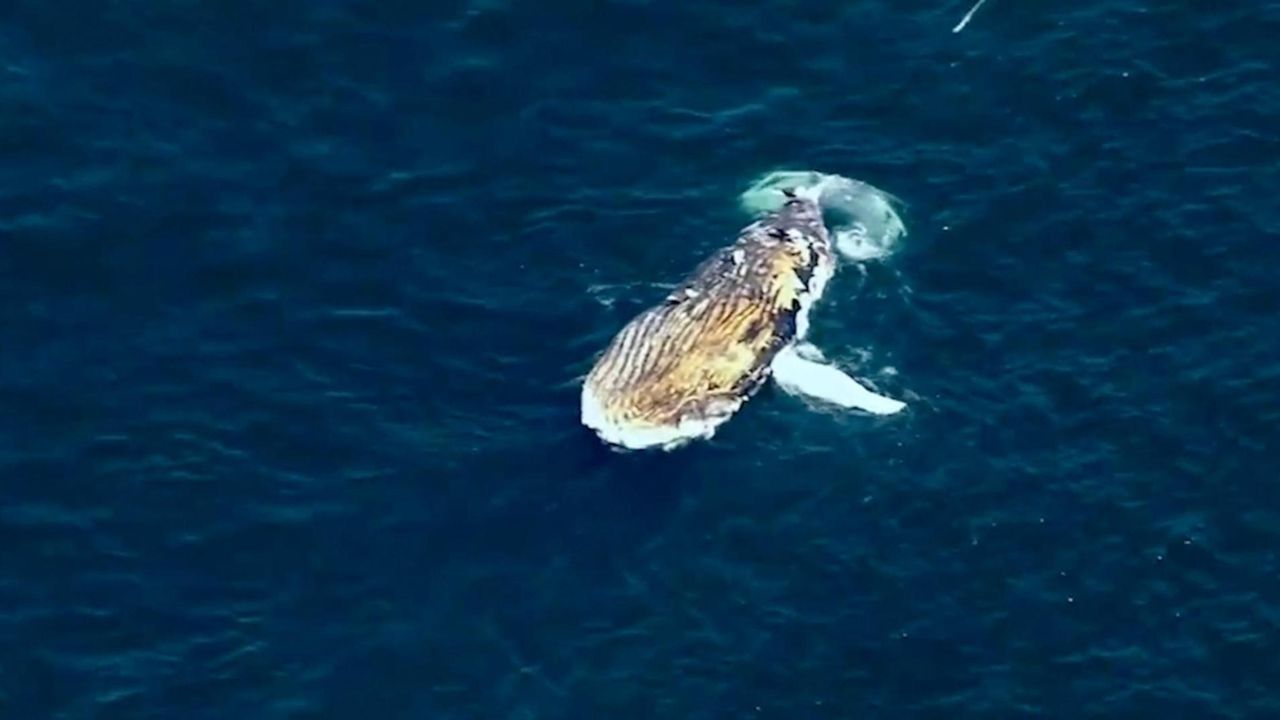 A team of agencies were attempting to secure the whale, found Wednesday, and bring the mammal closer to shore, the Atlantic Marine Conservation Society said Friday. The groups involved are the U.S. Coast Guard, the East Hampton Harbor team and the New York State Department of Environmental Conservation.

After the whale is brought to shore, the conservation society will perform a necropsy, likely on Saturday morning, officials said.

Meanwhile an area of the Atlantic shore in Montauk is closed to beachgoers, officials said. The closure runs south of the Old Montauk Highway, from South Eton Road at Umbrella Beach, to the west, East Hampton Supervisor Peter Van Scoyoc said in a Friday news release. Town lifeguards will block access to the area from Kirk Park, the bathing beach in downtown Montauk. The beach will reopen after the whale has been taken away.

Conservation officials said evidence of shark bites were seen on the mammal, a common occurrence since sharks scavenge on dead whales. However no sharks were observed by the whale.

"Park Police Patrols will be monitoring Montauk area parks over the next several days, including using a drone to watch over the swimming areas, and lifeguards" will scan the waters," State Park officials said. "We will have a surf boat with lifeguards in front of the swimmers to ensure at the first sighting of a possible shark we clear the water of swimmers."

The number of whale deaths has grown since 2017, according to a representative from the National Oceanic and Atmospheric Administration. "We haven’t determined the cause, but it has us concerned and we’re trying to figure out what is going on.".