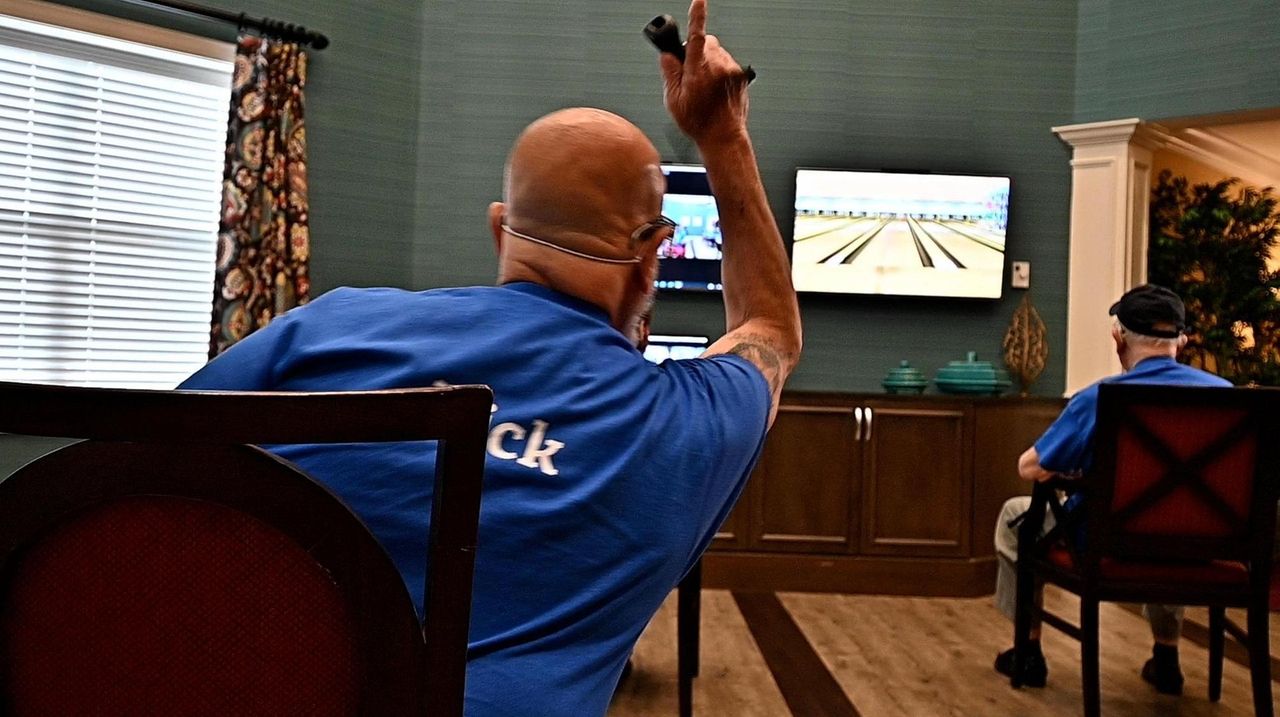 There’s a team of national bowling champions who didn’t break a sweat or leave their home in Lake Grove to dominate the competition.

The Lake Grovers 1, from The Bristal Assisted Living facility in Lake Grove, can add the title of Super Master 1 Division champs to their bragging plates after defeating a team from Florida Presbyterian Homes in Lakeland, Florida. The Wii bowling competition was organized by the National Senior League.

"I think it’s wonderful and amazing," said Marilyn Wilson, one of the four team players, of the result that was released Thursday. "We are very proud to do it for the Bristal of Lake Grove."

On the day of the final playoff game, a crowd of two dozen burst into cheers whenever a Wii bowling player got a strike Wednesday in Lake Grove.

During the competition, the staff members and a few residents of The Bristal gathered to watch four seniors compete.The players are a married couple of 65 years, Louise and Mario Mangieri; Wilson; and Nick Montanino, 62, a bus driver at The Bristal. The resident players are in their 80s.

Participants and their cheerleaders said the competitive video games have brought the residents together, particularly in a year when seniors were forced into isolation during the height of the coronavirus pandemic.

"I went through all the stages of frustration, anger and fear of COVID," said Rae Venus, 78, who waved a pair of blue pom-poms as she watched her friends play.

"We want to laugh. We want to have a good time. We want to keep our spirits alive," said Venus, who has lived in The Bristal facility for five years.

Dennis Berkholtz, who founded the senior league in 2010, said participating teams nationwide totaled 300 in pre-COVID times. In the spring season ending this week, however, that number decreased by two-thirds, to 98, including the two teams from the Lake Grove facility.

But Berkholtz is hopeful that the numbers will rebound in September when the league holds its national championships. The league holds two seasons of competitions each year.

"It gives the seniors something to look forward to," said Berkholtz, of Jacksonville, Florida. "It makes them responsible for something because they’ve often fallen into a habit of not having a lot of responsibility."

Berkholtz said the competition also fosters a sense of camaraderie, as the seniors play against others across the country.

"It brings them together as friends, and they meet new friends," he said.

Louise Mangieri said she did not know about Wii until last year when she started playing the game at The Bristal. The residents heard of the league competition from Lindsay Navetta, the facility’s director of recreation. Leading up to the final playoff Wednesday, Mangieri and her teammates had played one day a week for the league competition in the past three months.

"I like to try new things," Mangieri said. "So we [husband Mario] decided we’d try it and we like it. Our coach was very good, and he was helpful. And we got to be better and better."