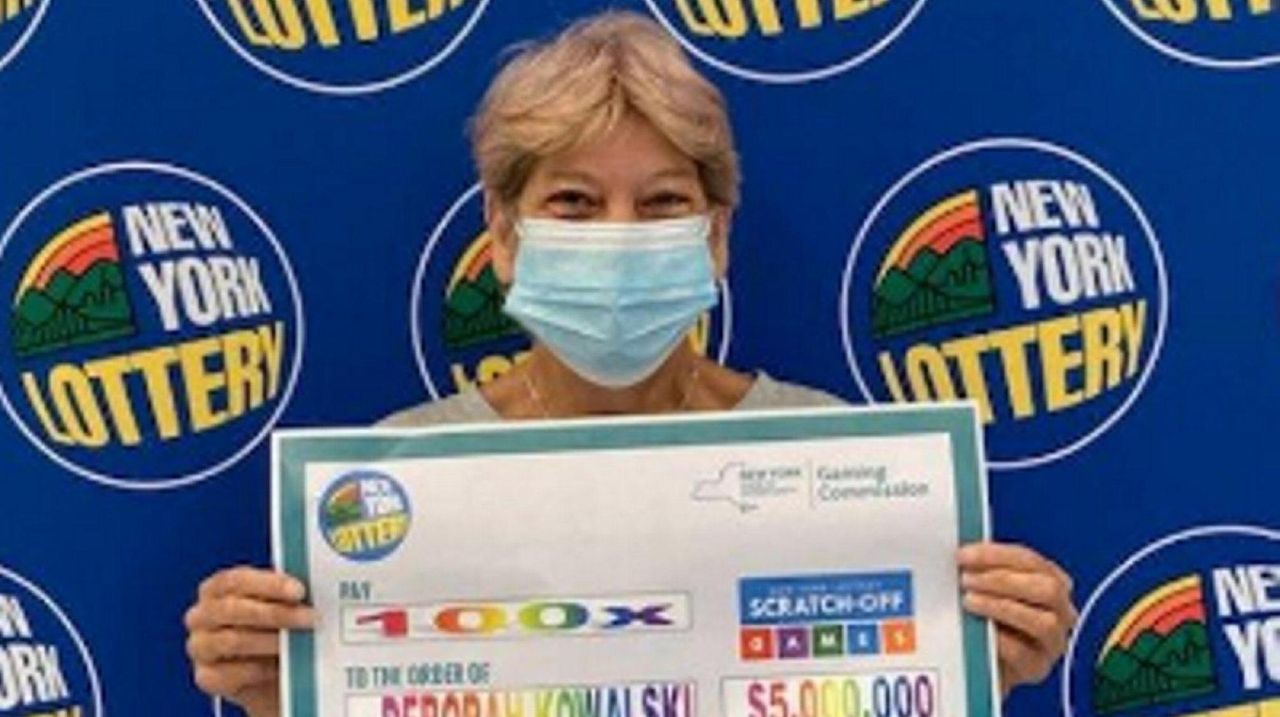 Deborah Kowalski, of Riverhead, won $5 million from a scratch-off ticket at the Card Smart store on Old Country Road in Riverhead Plaza. The owner of the store, Allen Patel, spoke about it on Tuesday. Credit: James Carbone; Photo Credit: New York Lottery

Deborah Kowalski was sure it was a mistake.

She grabbed $60 to purchase her usual brand of scratch-off lottery tickets at the Cardsmart store on Old Country Road in Riverhead Plaza.

Although the second ticket she scratched read $5 million, she didn’t get excited. She said she had misread tickets many times before.

"It’ll be one number and then I scratch the bottom and it’s not the number," she told Newsday.

This time, however, was different.

Kowalski went back into the store and scanned the ticket to confirm her winnings.

"Didn’t tell anybody. I came home. Had my son check it," she said. And once he confirmed her new millionaire status, the ticket sat in a safe until she "could get things in order."

Kowalski, a resident of the Town of Riverhead who retired this summer after 33 years at Eastern Suffolk BOCES, is one of two New Yorkers who won the $5 million top prize on the New York Lottery’s 100X scratch-off game. The New York Lottery said in a news release that there was still one unclaimed top prize available on the 100X ticket. Kowalski, the release said, opted to receive her $5 million in a single lump sum payment of $3,225,000 after required withholdings.

The money couldn’t have come at a better time for Kowalski.

She said her husband died a year ago. Now on a fixed income, Kowalski said she often worried about how she’d continue to live on Long Island. She said she believes the money was sent from him.

"He knew what it was like. You go from two incomes, then you’re down to one and you’re working three jobs," Kowalski said. "And the kids are helping you. They’ve moved back into the house trying to keep things floating for you."

Kowalski said she had prayed to God every night: "I believe in prayer. I believe things are meant to happen."

Allan Patel , 46, the owner of the Cardsmart , said Kowalski has been coming to his store for at least 7 or 8 years. There have been five other winners over the years, but Kowalski’s prize was his store’s largest, Patel said. Before that, there was a $250,000 powerball winner.

"I’m really happy," he said. "She always says she was going to be a big winner."

Patel said foot traffic has increased significantly since the winner was announced. He said at least a hundred more people than normal are coming to his store — many of whom purchase lottery tickets.

Kowalski said persistence is what led to her success in playing the game of chance.