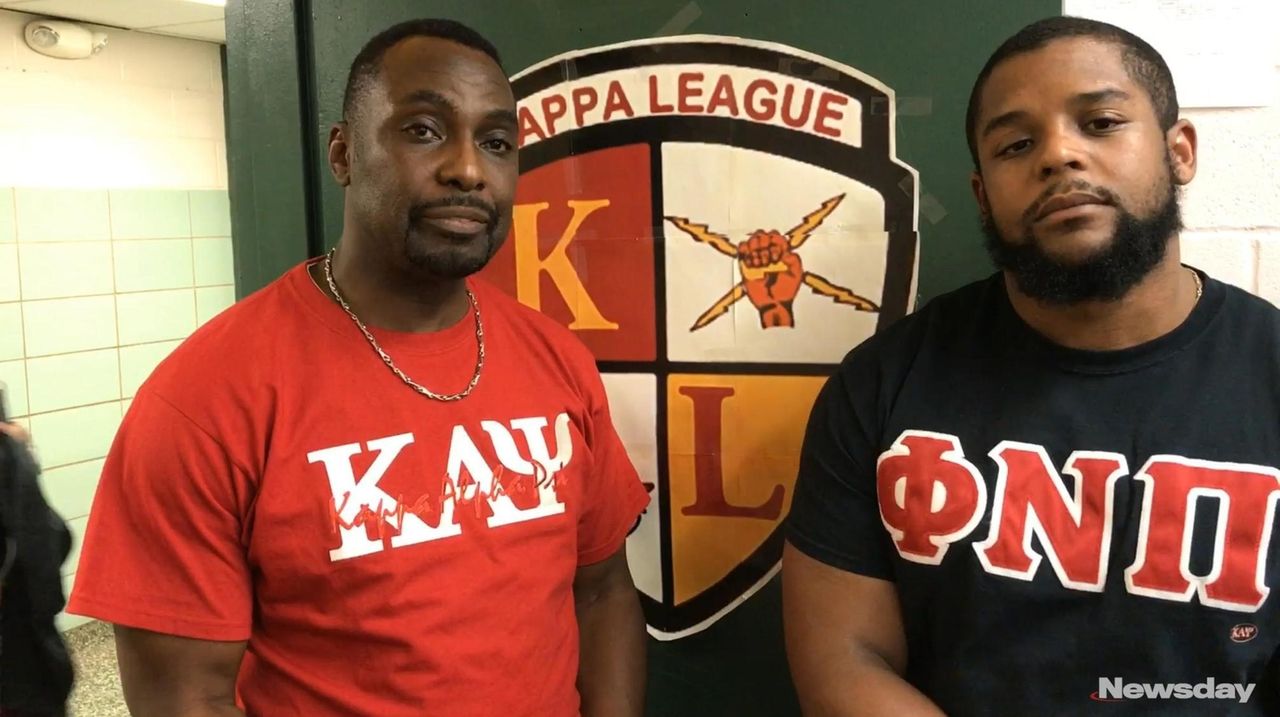 A group of Wyandanch students is getting a taste of the college life while still in high school.

Nineteen Wyandanch High School students have formed a chapter of Kappa League, a youth service initiative of Kappa Alpha Psi, a predominantly black fraternity with more than 100,000 members nationwide. The program focuses on helping male students from grades six to 12 develop leadership skills, work on personal and career development, and offer service to their community.

The chapter is believed to be the only one on Long Island.

Wyandanch High School principal Paul Sibblies is a member of the fraternity from Hofstra University and invited seven of his brothers to attend a college fair at the high school in February. In addition to speaking with the students about their careers and the fraternity, the men performed a step dance routine. Students approached him with questions about being a part of the fraternity.

“As principal for the last 11 years, each year I always say to myself that I have to find a mentorship program for these young men,” Sibblies said. He realized his fraternity was the answer. Sibblies enjoined teaching assistant Evan Henry, also a member of the fraternity, to help.

Sibblies explained to the students what they were getting into: Kappa League was a brotherhood and it required commitment and dedication. The first week — dubbed “hell week” — required the students to dress up, arrive at school early, greet those arriving and carry the bags of teachers. The young men also were forced to give up their cellphones during the school day for a week.

“It was a hassle but it helped me to have to focus more on school and not on who’s texting me,” said Shykim Rich, 18.

Of the 24 who initially expressed interest in forming a chapter, 19 made it through the process. They said they have bonded as true brothers, able to call on each other for support. Community service projects they have undertaken include reading to elementary school students and developing a mentorship program. More than two dozen other students have since expressed interest in joining, Henry said.

“It’s brought me out of my comfort zone,” said Eric Dennis, 16, who described himself as shy previously. Tilik Simpson, 15, said he finds himself saying please and thank you much more than before.

His mother, Lisa Simpson, said she has noticed a difference as well. Tilik isn’t just coming home and playing video games, she said, and is instead staying after school with his “brothers.” And as a single mom, she said she’s glad that her son has male role models in which to confide. She’s become such a fan of Kappa League that she’s started a mom’s group.

“My dream is to have my community be great,” he said. “As young men, we’re working on it, seeing what we can do to help.”

Focuses on training young men of color but is open to all young men in grades 6-12.