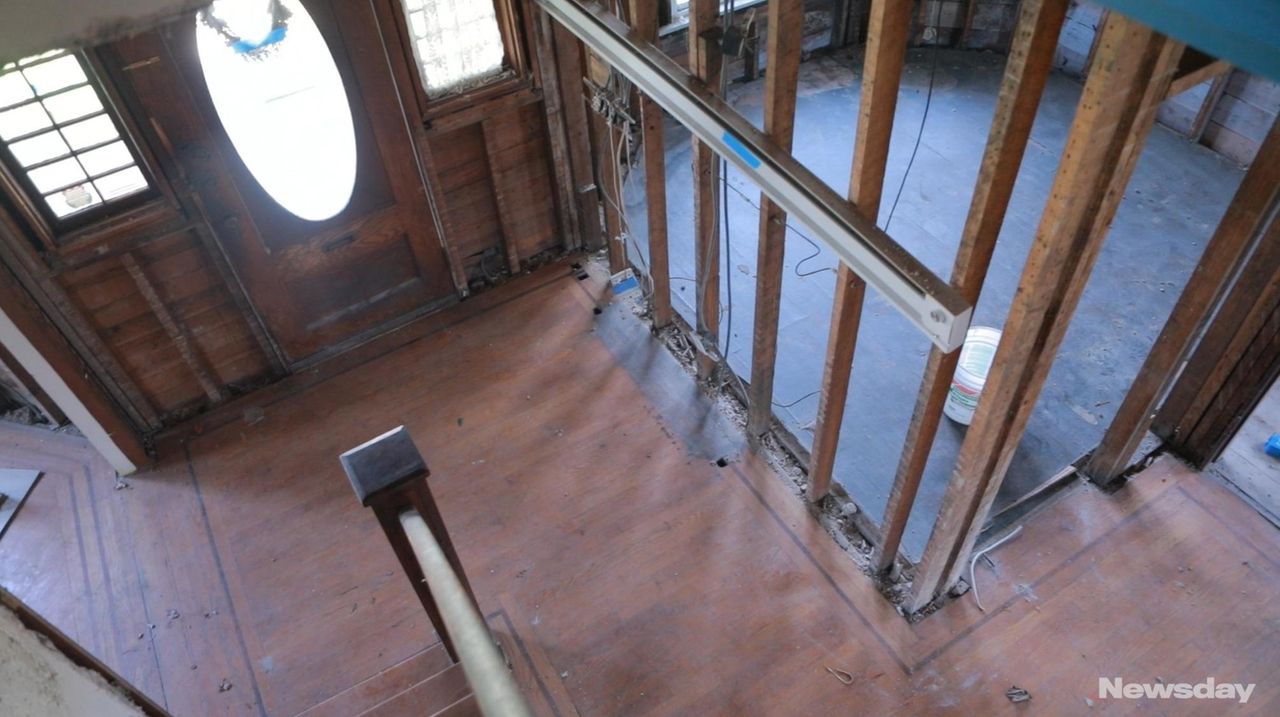 Phyllis Boland said Thursday, May 3, 2018, that state funding, which helps pay the mortgage on her East Rockaway home that was severely damaged by superstorm Sandy, has been cut. Credit: Newsday / Rachel Brightman

Two Long Island lawmakers are asking state officials to push for the revival of an extension of a mortgage assistance program for superstorm Sandy victims, saying the end of the aid has left their constituents in a financial bind.

A 16-month extension of the Interim Mortgage Assistance program expired in December 2017, preventing participants from receiving aid beyond the 20 months originally allotted to the program. The program is funded by the federal government but is administered by the state through NY Rising, the agency handling several aid relief measures for Sandy victims. It gives residents who have had to relocate up to $3,000 a month as they pay rent and a mortgage while their homes are being repaired.

Rep. Kathleen Rice (D-Garden City) and State Sen. Todd Kaminsky (D-Long Beach) have asked the state to request that the federal government reverse its decision to suspend the IMA funding extension. In December, 50 people were cut off from the extended funding, but that number could grow as other residents reach the end of their first 20 months with the aid program.

“This sudden change has caused undue financial hardship for our constituents who based their construction timeline on the 36-month IMA aid they were originally granted,” read a March 28 letter by Rice and Kaminsky to the Governor’s Office for Storm Recovery, which oversees NY Rising and created the mortgage assistance program.

Sandy victim may lose home in disrepair Phyllis Boland said Thursday, May 3, 2018, that state funding, which helps pay the mortgage on her East Rockaway home that was severely damaged by superstorm Sandy, has been cut. Credit: Newsday / Rachel Brightman

In December, the two lawmakers asked the federal government to lift the deadline and reinstate the extension program, but the federal Department of Housing and Urban Development, which funds state-administered disaster recovery programs, said a request must come first from the state agency before it can take action.

“This isn’t really a HUD issue until we receive a request from the state,” said Charles McNally, a HUD spokesman. “If they want to request a waiver or extension, the ball’s in the state’s court.”

The state has said the December 2017 deadline remains firm.

Catie Marshall, a spokeswoman for the Governor’s Office for Storm Recovery, said only a handful of the 50 people cut off from extension funds in December have complained of any hardship, and that the December 2017 sunset date was made known to recipients.

The program has paid out $48 million to more than 1,700 families, 200 of which have received extension funds, she said.

But Phyllis Boland, who was forced to abandon the East Rockaway home where she had lived since 1996 by the superstorm, said she was assured by state officials in a May 2017 email and in conversations that she was entitled to the full 16-month extension. Her IMA funding ended in March 2018. Without the extension to help her cover her rent and a mortgage, Boland said she fears losing her home, facing bankruptcy or both.

Boland is several months late on her $400,000 mortgage. Her new home, which is being built through another NY Rising relief program, is not due to be finished before December 2019 because her plans have not yet been approved by the village.

Without the mortgage assistance, the mother of two said she has no way to pay for two residences. Boland said her full-time job is taking care of her adult son, who is disabled.

Storm victims have faced various delays in reconstructing their homes. Some have grappled with contractors defrauding them, while others have had problems getting permits and plans approved, processing applications, getting their homes inspected and turning off their utilities in order to begin construction.

Sandy victims may still apply for Interim Mortgage Assistance through next month, but will only receive payments up to the end of the year and will not be eligible for any extensions, officials said.

Boland is hopeful her crisis will be resolved and said she is heartened by Rice and Kaminsky’s advocacy.

“I am doing the best I can because I have to hold it together,” she said, speaking of her son and a daughter, who is to graduate college this month. “It’s taken a heavy toll on me and I think it’s taken a toll on many people.”