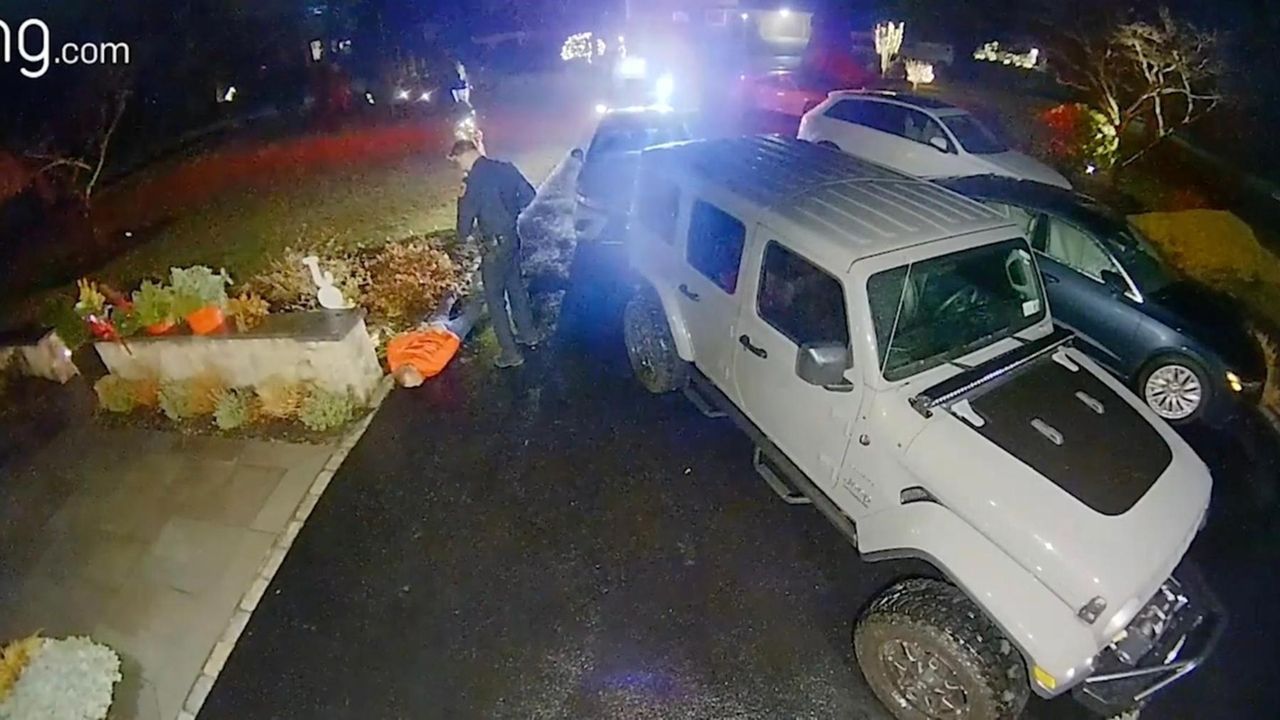 A federal lawsuit filed Thursday against a Suffolk County police officer by an Oakdale man alleges the cop used excessive force when he fired his Taser during an encounter captured on surveillance video. Credit: Handout

An Oakdale man filed a federal lawsuit on Thursday against a Suffolk County police officer, alleging the cop used excessive force when he fired his Taser on him during an encounter that was captured on surveillance video.

Craig Costello, 52, is seeking unspecified compensatory and punitive damages as well as attorney’s fees in connection with the encounter in a West Islip driveway on Jan. 3 at around 11 p.m.  It began with an apparent investigation into whether Costello was driving without a license, according to the lawsuit. The suit identifies the defendant as "Police Officer Grenia, Badge Number 62224."

The Suffolk County Police Department declined to comment, citing the pending litigation. The Suffolk Police Benevolent Association, the union that represents officers, also did not respond to a request for comment.

One of Costello's attorneys, Alexander Klein of Garden City, said in the lawsuit that the amount of force used against Costello was "unreasonable" given that Costello was not resisting arrest or under suspicion for a violent crime.

"We’re not saying he didn’t have a right to pull him over if there’s a vehicle and traffic violation, if he knew or suspected the car was being driven by someone without a license," said Bruce Barket, whose firm is representing Costello. "We’re interested in it because of the excessive force that was used on Mr. Costello in his driveway ... And we find out later, it’s over a traffic ticket."

In an interview with Newsday, Costello said he was texting his girlfriend in the parking lot of a CVS Pharmacy about 11 p.m. just a few blocks from his brother's home, where he was housesitting. The officer drove up beside him, asked what he was doing, but then drove away, according to Costello, who said he then drove home.

It wasn't until he got out of his car in the driveway that he saw the flashing lights of the officer's patrol car, Costello said.

A video of the encounter captured on Costello's brother's Ring doorbell begins just moments before the Taser is fired. The officer shouted at Costello, who appears to be standing some distance away.

Costello shouted at the uniformed officer, "Dude, I don't even know who you are!" before the officer fired the Taser. Costello then fell to the ground and screamed in pain and was quickly handcuffed.

"What the [expletive] did I do?" Costello yelled at the officer as he lay on the ground. "Why would you tase me?"

"When my family watched this video, they were sick, they were besides themselves that this happened for no reason," said Costello, who added that he has family who works in law enforcement. "My mother can’t watch the video. She can’t even watch it."

Costello, who said he works in the design industry, said he was unaware his license had apparently lapsed.

Barket said the video represents the opposite of the de-escalation methods the department says it uses.