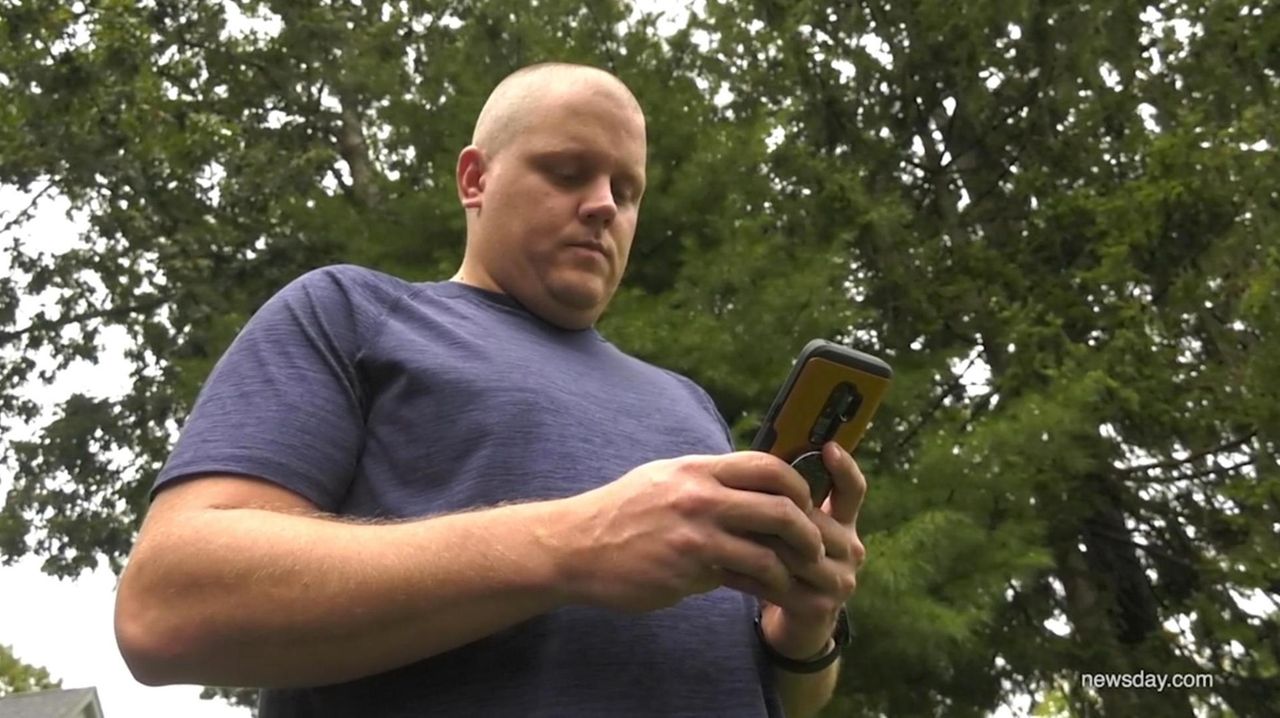 Hare initially was able to text-message his outage from Tropical Storm Isaias, but when his home failed to appear on PSEG's outage map, he worried the initial reporting had not been delivered. Hare would send 100 additional text messages to PSEG in next six days, each time receiving conflicting or incorrect responses.

"The system is completely dysfunctional," said Hare, who is married with three young kids and co-owns a health care consulting company.

Other Long Islanders also reported texting issues as PSEG’s text-out system was flooded with messages and urgent demands from customers trying to find out more about outages.

The automated system is designed to provide a near-instantaneous response to customer texts, confirming the message and asking for more information on the type of outage being experienced, and even progress once the system has logged it.

PSEG previously promoted how smoothly the system, first introduced by the utility company in 2015, had worked and how many customers used it successfully — until Isaias struck Aug. 4.

With Isaias, which left around 420,000 Long Islanders without power, PSEG said widespread problems with its internal computer systems, and an overload of its three Verizon circuits, were primarily at fault for the communications breakdowns. Customers said the problem continued for days, despite company assurances that a fix was on the way.

But PSEG's text-out system has never experienced the volume that it did during Isaias. And like PSEG's phone system, it became increasingly overwhelmed and unreliable.

“We have acknowledged that our IT systems issues impacted our customer communications,” spokeswoman Elizabeth Flagler said Thursday. “We are working to determine the root cause of the problem. We will be conducting a full investigation and implement solutions from lessons learned.”

Customers said the system initially would not receive their text. Some said it would refer them to the toll-free telephone number, which was either busy or would not pick up.

When customers did get a message back, after following the prompts, the system gave unreliable information about when outages would be restored, some residents said.

Janet Wilson of Huntington said she too experienced the frustration.

She said she reported her outage four times and got “multiple estimated texts with specific restoration days and times,” but in the end, “none of those estimates materialized.” A fifth text said the company was “assessing my outage,” though she said she never saw a truck at her house.

She had her power was restored Sunday night.

In Hare's case, the system said his restoration would be fixed in a matter of days, followed by messages that his home had no outage, and then subsequent messages providing for a later restoration time. His power was eventually restored Monday.

Hare chalked up the first dozen messages, in which he received no response or a prompt to call customer service, to a system overloaded with panicked customers. He successfully reported the outage again Aug. 6 — or so he thought. A series of immediate follow-up texts instructed him to call customer service. Hare was finally given a restoration date of Aug. 8.

The PSEG texting system would provide Hare with five different restoration times — some sooner than the initial timeline and others later — within the subsequent 24 hours. The zigzagging would continue for days, with PSEG repeatedly telling Hare there was no outage, then providing him with an estimated restoration time, and then again telling him there was no outage.

Hare had initially hoped he could learn accurate information about when his power would be restored. But that eventually changed.

"I just decided I was going to text every hour," Hare said.

"I wanted to see how their texting system lined up with their customer service representatives and what it listed on the PSEG map to see how disjointed it really was," he said. "And unfortunately, every time I went on, I got a different answer depending on the source I went to."

Officials: Girl, 4, dies of injuries in Southampton crash
1:18
LI weather: Storm heads upstate after mostly sparing Long Island
Ex-truck maker tries again to build mini-storage facility in Fort Salonga
King spoke against racism in 1965 visit to Long Island
Wading River, a 'storybook suburbia,' draws homebuyers seeking room to grow
1:51
How race is taught in LI schools — and why some educators feel under siege
Didn’t find what you were looking for?