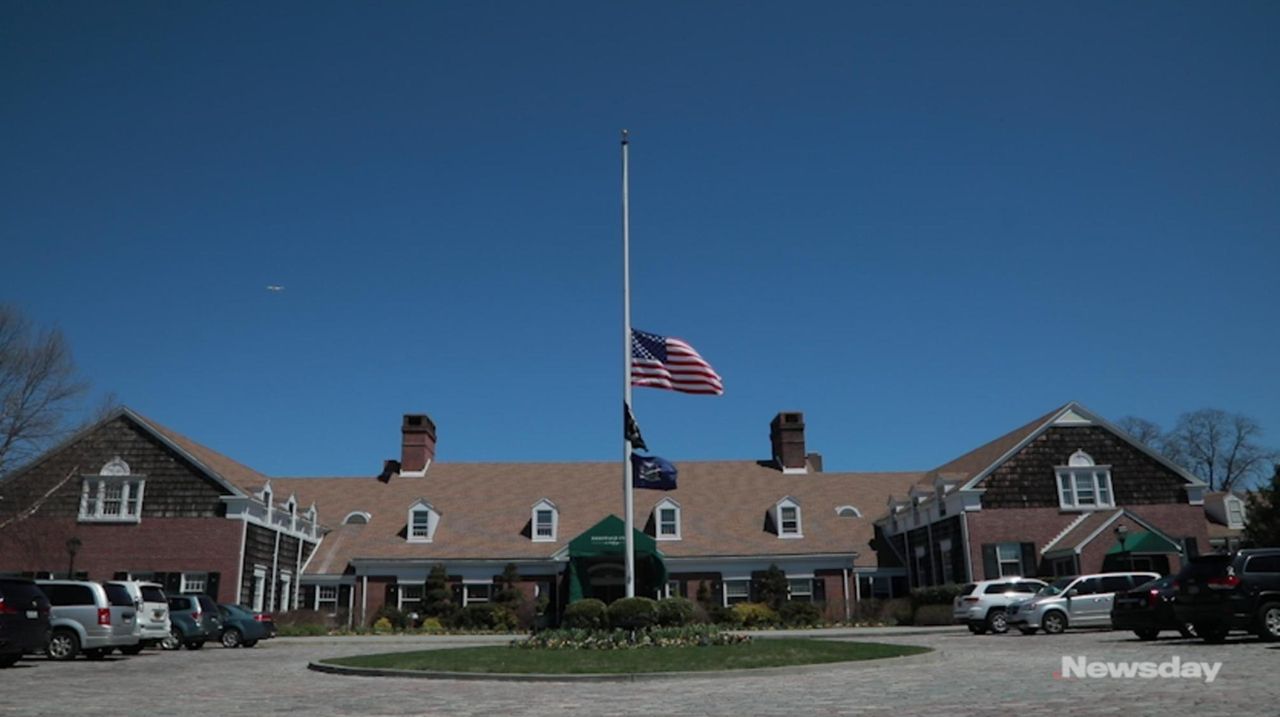 Tiger Woods, who reclaimed his legacy by winning the Masters, returns to Long Island in about three weeks to face his rivals on a course where he has both triumphed and been felled by missteps and pain: the arduous Bethpage Black.

The Black Course at Bethpage State Park, which stretches about 7,500 yards, favors players with the power to handle distance — a list that includes Woods, along with Dustin Johnson, defending champion Brooks Koepka and Rory McIlroy, experts said.

“You’ve got to think that’s in his favor," Reid said. "He knows how to get around the golf course.”

Could he pull off back-to-back wins in major tournaments?

While Woods has stepped up his game in time for the PGA Championship — this year, the second of golf's four major tournaments — so too has Bethpage Black.

Course superintendent Andy Wilson said the mild winter set the course up for possibly ideal conditions — barring any intense spring storms before or during the May 13-19 event. Greenskeepers were spared, for instance, from having to replace grass that died while encased in ice.

Explaining their goal, Wilson said: “We’re really trying to take a living surface and have it roll as smoothly as a pool table.”

Another boon was the PGA’s decision to move the 101st championship to May from late summer.

“In August, it seems we always have stress conditions,” Wilson said, as the shorter the grass is cut, the less heat and disease it can tolerate.

The Black Course, which opened in 1936, holds true to the plans created by A.W. Tillinghast, a “man eater” of a layout, according to the association that bears his name. While today's golf balls and clubs allow players to hit longer and more accurately, even pros go astray on the famed designer's masterwork.

In 2002, Woods, now 43, won the U.S. Open on the Black Course; after faltering at the start in 2009, Woods fought his way back into contention on the rain-drenched course but Lucas Glover won. Woods finished 4 shots back.

In the 2012 Barclays at the course, Woods finished 38th, fighting through knee and back pain. He was unable to compete in the 2016 Barclays while recovering from surgery.

This time, Woods could well be the crowd favorite, after surmounting years of blistering headlines about his relationships and questions about his health.

What makes the Black Course so grueling for players is not just its length. “A lot of the greens are elevated; a lot of the fairways are narrow,” Reid said.

The course is seen as an honest one versus courses with hidden hazards. “It’s a very fair course; what you see is what you get,” he said.

The winner likely will be "somebody who is going to have some stamina," said Elizabeth Wintenberger, director of Bethpage State Park. "You’re dealing with some hills; it’s a pretty long course.”

After the Masters, Woods declined to address the prospect of a 16th triumph — and beyond: “I’m sure that I’ll probably think of it, going down the road. But right now, it’s a little soon. I’m just enjoying 15.”

Bethpage Black is ranked No. 37 on Golf Digest's 2019 list of America's 100 greatest courses. Its setting in a state park makes it almost unique among all championship venues. The pros play the same fairways, hit out of the same rough and putt the same greens as the public.

Private clubs, with initiation fees surpassing $100,000 and annual fees in the tens of thousands of dollars, can afford bigger budgets and more greenskeepers.

Wilson has about 60 employees during the season — divided among five courses at the park with varying degrees of difficulty.

“The staff all have a bit of chip on their shoulder; we want to be as good as the private club,” he said.

On hole No. 1 — a 430-yard dogleg right that plays to par 4 — five elm trees were replanted on the right side of the fairway and three sugar maples were added. Officials said the existing trees had fallen into decline, allowing players to hit their approach shots through or over the tops of the weakened trees.

The new trees keep it “a true dogleg," Wintenberger said.

And sugar maples were chosen as they are the state tree of New York. "It's a little nod to New York," Wilson said.

Also, the back left of the No. 11 green was expanded. And on No. 18 two bunkers were added and existing ones were reshaped. The fairway was also slightly modified to a more uniform width.

These upgrades, which follow restorations designer Rees Jones undertook for the 2002 and 2009 U.S. Opens, all were carried out months if not a year or two before the 101st PGA Championship will be played. As for who foots the bill for the tournament, the PGA's contributions to Bethpage ensure the public does not.

In the clubhouse, fans can anticipate fairly extensive modernizing. “Almost every inch of this building has been touched in some way,” Wintenberger said, listing new vendors, heating and air conditioning systems, upgraded catering areas, bridal suites — and an expanded restaurant/bar.

Security for the tournament will be handled by the State Police and other local, state and federal agencies, with bomb-sniffing dogs sweeping the park and round-the-clock guards, officials said, declining to offer details. One new feature that will be visible is concrete barriers to block vehicles, Wintenberger said.

Park staff have spent the last two years working with the PGA preparing for as many as 45,000 fans a day. Transportation routes must be finalized. Grandstand and bleachers are being erected, along with corporate tents, concession stands, catering areas, restrooms and plywood walkways. Cable for broadcasters and temporary gravel roads must be laid.

About 3,600 volunteers are expected to help at the tournament — including greenskeepers from around the country, and some from overseas — as well as others who will help chauffeur players, direct fans, and perform a myriad of other roles, officials said.

"It's a show of support," Wintenberger said. Referring to the greenskeepers, she added: "It's a skill set; they can look at grass and tell you a blade is bent."

Wilson said he hopes the weather turns a touch warmer, explaining the grass would grow faster if the temperature averaged in the high 60s. “If you can grow a dense turf, typically that is the best defense against weeds.”

But most of all he and other golf lovers are hoping there is no repeat of the rain deluge in 2009 that forced the championship into an extra day, ending on Monday.

If the improved drains and other measures cannot cope with any rainfall, Wintenberger said, “Every volunteer that works here will have a fairway squeegee in their hand.”