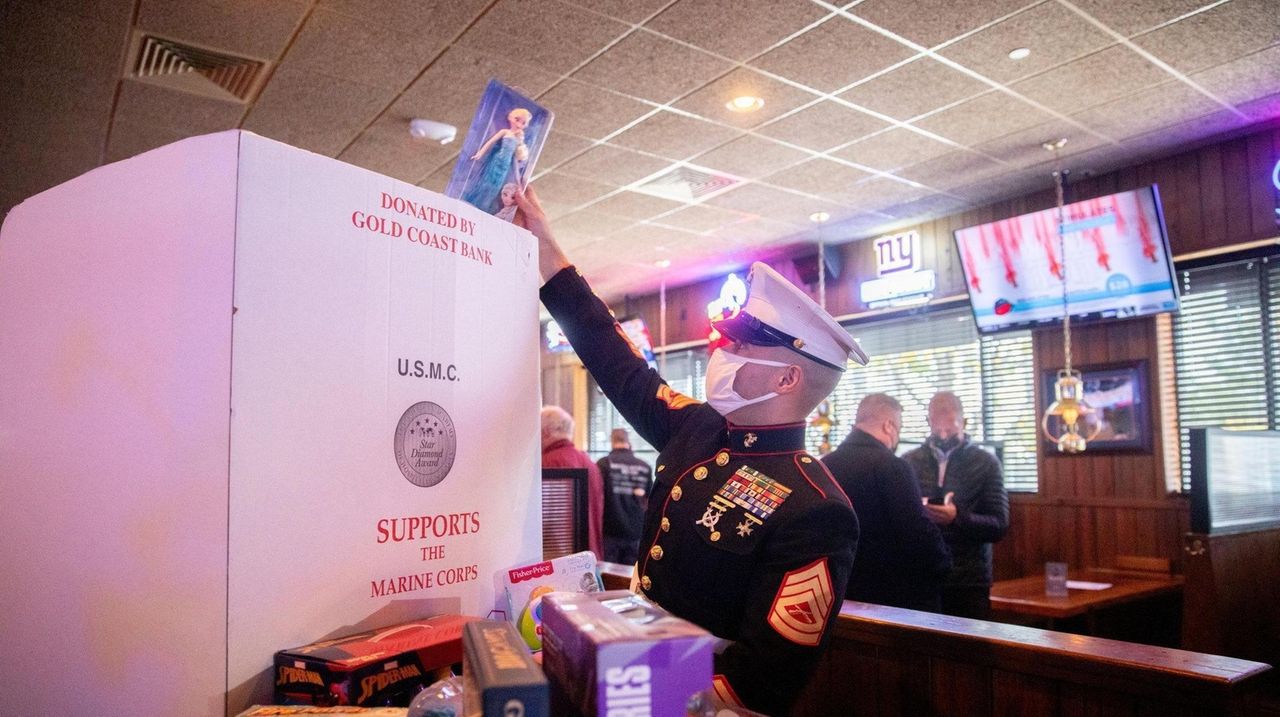 The coronavirus pandemic has forced the closing of businesses and schools and altered the lives of millions of Americans. But the virus is not slowing down Long Island's largest holiday toy drive to help children in need.

Toys from communities across Nassau and Suffolk will be collected by individuals, businesses and civic organizations and distributed by the Marines to local underprivileged children.

While the pandemic is ongoing, it "doesn't mean we can't give back to the kids," said Drew Reynolds, regional general manager for Miller's Ale House, which has toy collection boxes at all of its area locations.

Among the items on display Tuesday were remote controlled cars, Transformers, dolls, puzzles and games.

The pandemic has, however, led to some tweaks in the program's procedures.

Collection boxes must be picked up in person while any toys collected for Nassau must be dropped off at 700 Hicksville Rd. in Bethpage. All Suffolk County police stations, along with the Bayshore Marine Corps League Detachment #247, will serve as drop-off locations. Masks must be worn when visiting the locations.

"It's all about getting toys for the kids," said Hempstead Town Councilman Anthony D'Esposito. "Especially at a time in our nation, when it seems like everyone is divided, it's nice to have something we can all come together to do."

The Toys for Tots launch also honored a Nassau County police officer seriously injured in the line of duty earlier this year.

Det. Ryan Hines of the Burglary Pattern Team had twice arrested a burglary suspect only to see the individual released without bail, said Nassau Police Commissioner Patrick Ryder. During a third arrest in Queens on April 21, the suspect ran down Hines, taking "half of Ryan's leg off," Ryder said. Hines has since recovered and is walking after several surgeries.