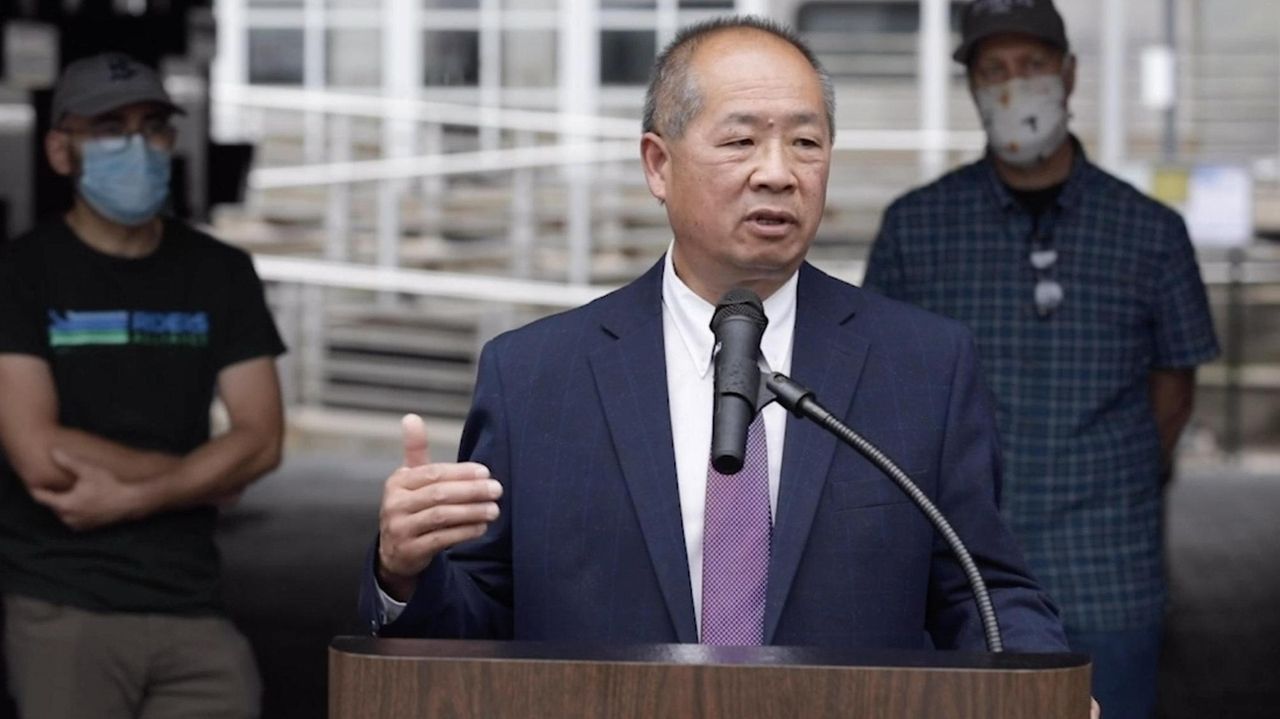 Air pollution in the Northeast was down 30% in March, compared to the same period between 2015 and 2019 and the lowest for the month since records were first kept in 2005. Officials at NASA, which conducted the air quality study, said it's because people drove less, a side effect of the COVID-19 pandemic shutdown.

When it comes to air quality and better, safer, more-efficient transportation, it seems the answer is as simple as it is complex.

Use mass transit, walk, bike, ride-share. That was the advice of Northwell Health occupational and environmental expert Dr. William Lowe during an online panel Tuesday where participants discussed the NASA study and other transportation issues as part of Long Island Mobility Week.

"When we reduce the use of carbon fuels, we improve our air quality," Lowe said.

But getting Long Islanders out of their vehicles and into buses and trains, that's the hard part. Even so, members of the online panel stressed, they're working hard to inform Long Islanders about the benefits of using public transportation or walkable as well as riding options.

"Mass transportation is the future and is essential to Long Island's health," said Long Island Rail Road president Phillip Eng. "Not only to its air quality, but also to its viability and sustainability."

"These are things we can do on the government level to make sure we're putting our money where our mouth is," Curran said. "Engaging with the community, where they're at, not foisting something upon them also makes for a better plan."

She pointed to streamlining the permit process to close down streets and foster options like outdoor dining, given the ongoing coronavirus pandemic, as efforts that could be and have been done to improve quality of life.

In Nassau, she said, these efforts include the outdoor dining options recently put in place in Great Neck Plaza, an extension of the Long Island Motor Parkway Trail bike path in Eisenhower Park, Westbury and The Hub, as well as capital improvement projects to make for safer walking and bike options surrounding the highly trafficked LIRR station in Hicksville.

The Rosa Parks Hempstead Transit Center, with bus and rail connections, is one of those key recent improvements to mass transit, officials said. The center serves 22,000 commuters daily and was completed with the help of federal, state and local aid, Curran said.

She cited the "very forward thinking" of NICE bus and its use of technology programs as a key to current and future use and utilization.

Officials discussed new coronavirus protocols in place, from handing out face masks to riders — NICE bus has passed out more than 10,000 to date, Richards said — to upgraded disinfection protocols, implementation of Plexiglas shields to protect employees, social distancing guidelines in place and hand sanitizing stations, a key safety improvement cited by Eng as a way to encourage ridership.

The LIRR, Eng said, has implemented a groundbreaking TrainTime app that provides riders with real-time information about crowd size in a specific train car, how many cars are in a specific train, where that train is in real time in the system and which lines have historically had the highest and lowest ridership.

Additional improvements to the LIRR / MTA transit system include continued work on the Second Avenue subway and LIRR service to Grand Central Terminal, a redesign redevelopment of Penn Station, so riders don't need to commingle with NJ Transit and Amtrak customers, and Main Line expansion.

"The Long Island Rail Road has been vital to the Island for 185 years," Eng said, noting that he rides the train "every day."

Suffolk Transit is working to improve service not only throughout the system, but also on major corridors like Route 110 and Nicolls Road, where Brown said dedicated bus lanes would be real-world improvements.

A move to electric and hybrid fleet vehicles, ride-sharing and designing better, more walkable communities, all were considerations discussed.

The idea is to encourage Long Islanders to drive less and rely more on public transit, van pools, ride-share options, bicycles, walking and even telework and telecommuting options.

As of Tuesday, officials said more than 1,000 respondents had pledged to go vehicle-free Friday on Long Island.