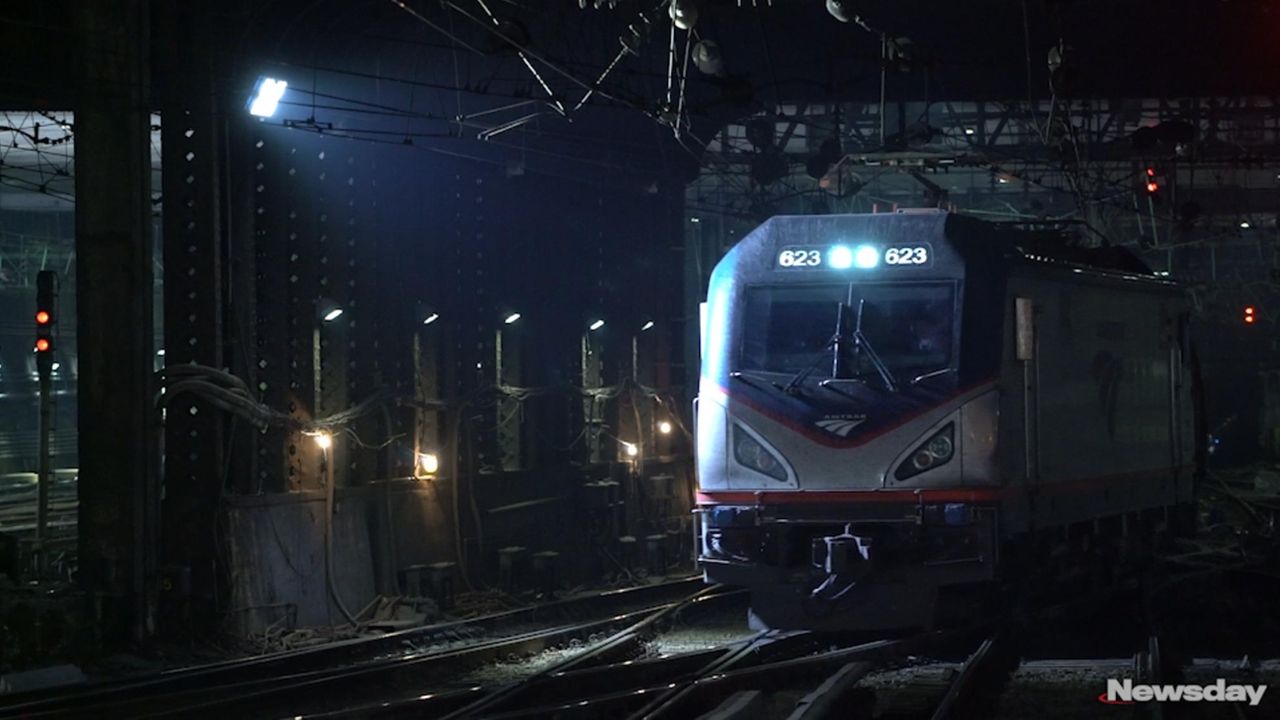 At the end of the second week of Amtrak's infrastructure repairs at Penn Station, Amtrak chief operating officer Scot Naparstek said on Friday, July 21, 2017, that the planned work is already 25 percent to 30 percent complete and is continuing "on pace."  Credit: Craig Ruttle

At the end of the second week of the repairs, which has required the Long Island Rail Road to reduce rush-hour service at Penn, Amtrak chief operating officer Scot Naparstek said in a conference call with reporters that the work is already 25 percent to 30 percent complete and continuing “on pace.”

“We are on schedule or very slightly ahead,” said Naparstek, who thanked Penn customers for their patience and flexibility, and praised the LIRR and NJ Transit for their planning and communication efforts. “I think everything has gone as or better than expected.”

In its second week working on a section of tracks just west of the station platforms, Amtrak crews installed all the major components needed at a switching location, finished planned demolition work at Track 10 and began pouring concrete for new track components there.

Editorial: LI’s future is on the right track

Naparstek said the project did experience “one hiccup” when some poured concrete did not set correctly, resulting in the work having to be re-done. But, he said, Amtrak built extra time into its plan in case of such an occurrence, and it had “no impact on the schedule.”

Amtrak has said it aims to finish the work around Labor Day and restore full service at Penn by the morning of Tuesday, Sept. 5.

The summer track outages have resulted in what Gov. Andrew M. Cuomo has dubbed “the summer of hell” for LIRR commuters. The railroad is running fewer rush-hour trains at Penn and supplementing its trains with express buses and ferries.

Naparstek said Friday that Amtrak officials “do not anticipate any issues with completing the project on scope and on time.”

The LIRR’s second full week of its modified service went fairly smoothly, but for some problems Tuesday that included a morning derailment on the Long Beach line and signal problems at Jamaica that snarled the evening rush.

On Friday, the railroad announced one change to its summer plan affecting Port Washington branch customers. Beginning Monday, two morning trains on the line will leave earlier at some stations and one will depart slightly later. The LIRR said the changes aim to “reduce congestion” on the branch.