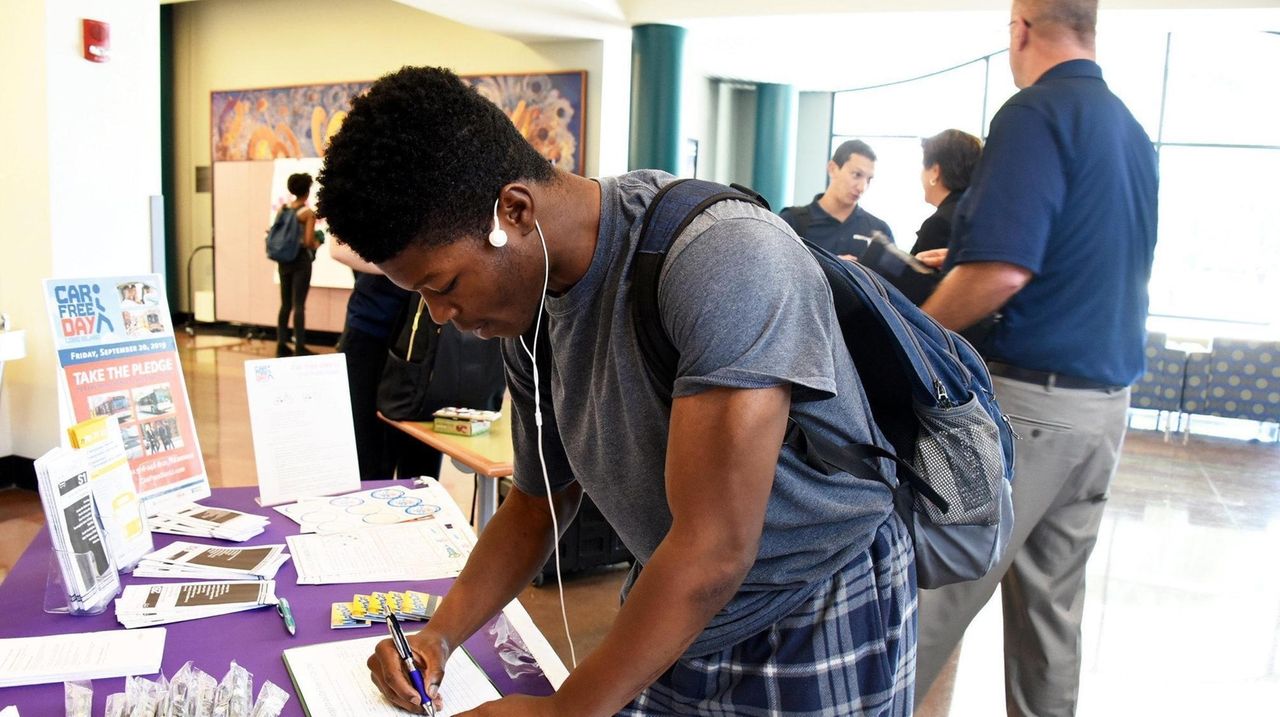 Organizers and supporters rallied at Farmingdale State College on Tuesday to promote Car Free Day, which is observed in more than 2,800 cities and 54 countries around the world. The event aims to promote transportation alternatives in order to reduce traffic, conserve energy and reduce harmful emissions.

“Last year, 7,325 Long Islanders pledged to be car-free or car-light, and by doing that they reduced 145,000 miles of driving … It was tremendous. And that resulted in 73 tons less of carbon emissions being released into the air,” said Lisa Belinsky, event co-chair and manager for the MTA’s Transit Solutions program, who encouraged commuters to “be creative” in their approach to getting around Friday.

“Try not to get into a car by yourself. Go and use the train. Use the bus. Carpooling is great. Bicycling. Telecommuting … even walking, when you can,” Belinsky said.

Nearly 4,300 people already have pledged to go car-free or car-light Friday, signing up at carfreedayli.com, or at several rallies held by colleges and major employers throughout the Island. Dr. William Lowe, director of Employee Health Services for Northwell Health, said he sees Car Free Day as a potential first step in tackling a “very significant issue.”

Public transportation providers in Nassau and Suffolk have thrown their support behind Car Free Day, including the Long Island Rail Road, the Nassau Inter-County Express (NICE Bus), and Suffolk County, which is using the event to promote its new bike share program, Bethpage Ride.

“The ask is simple: We want you to be car-free. We want you to be car-light. Consider your alternatives. Take a look at what’s available to you out there. Think about the bigger impact that it can have,” said Paul Spreer, manager of the State Department of Transportation’s 511 NY Rideshare program, and co-chair of Car Free Day. “We’re all agents of change. So embrace that.”