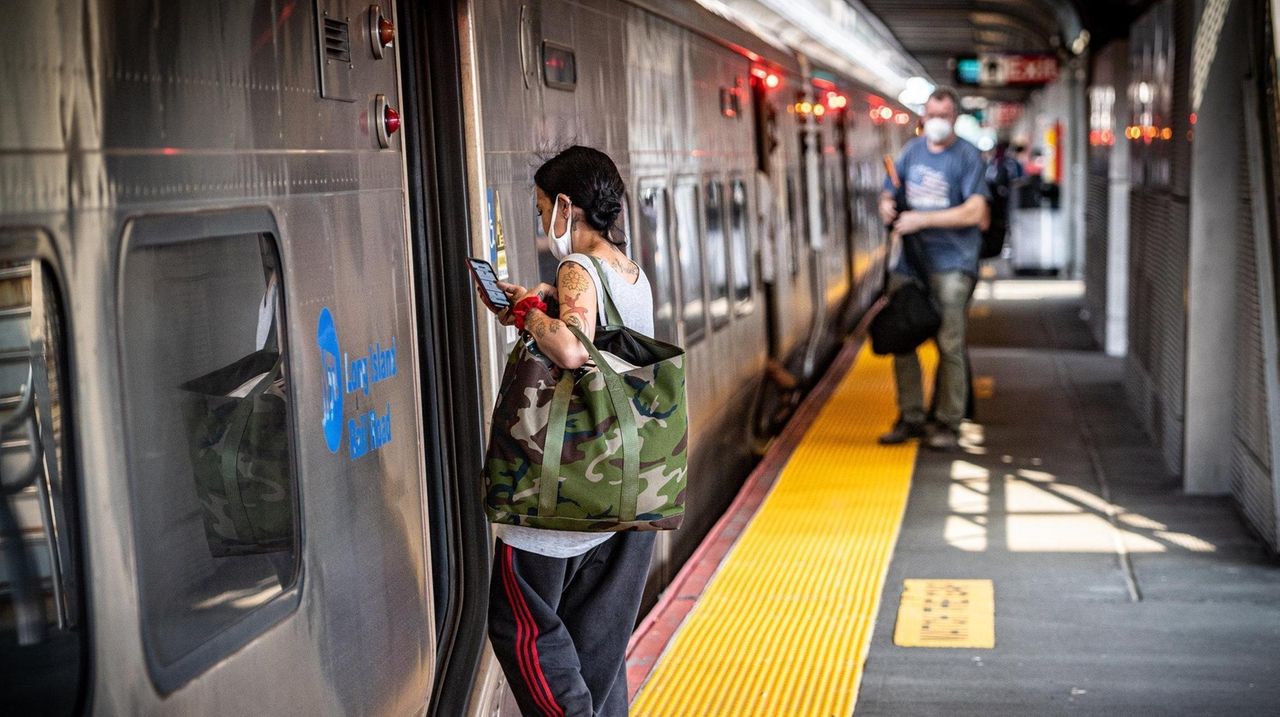 The MTA, which expects to lose $10 billion in operating revenue due to the COVID-19 pandemic, said it will take a $1 billion hit because of the federal government’s inaction on a congestion pricing plan that was expected to take effect in January. Credit: Newsday / Alfonso Castillo

Some transportation experts are advising the MTA to pump the brakes on its congestion pricing plan, arguing that the number of people driving into New York City — and their reasons for doing so — has changed dramatically since the COVID-19 pandemic began.

As the Metropolitan Transportation Authority expresses optimism that its "Central Business District Tolling Program" will be fast-tracked under President-elect Joe Biden's administration, some are raising concerns about targeting drivers who may be financially strained in the pandemic, and are driving to work because of safety concerns.

John Corlett, director of public and government affairs for AAA Northeast, said that even with a green light from the federal government, MTA officials "need to hit the reset button," given how much has changed since congestion pricing was approved by the State Legislature last year.

"There’s a lot of tough questions here that are going to have to be addressed in the next six to 12 months," Corlett said.

After years of petitioning by transit advocates and the MTA, state lawmakers approved a plan to charge new tolls to motorists driving below 60th Street — an area deemed Manhattan’s "Central Business District." Although the toll amount has not been determined, officials have predicted the plan will generate about $1 billion annually for the MTA.

The MTA had hoped to begin charging the new tolls early next year, but the congestion pricing plan has been stalled for more than a year since the authority sent its proposal to the U.S. Department of Transportation’s Federal Highway Administration, as legally required, for guidance on how to move forward with an environmental study.

MTA chairman Patrick Foye said the federal government’s inaction on the proposal over environmental concerns is especially confounding, because of its potential to reduce traffic congestion, encourage transit use, and improve air quality.

"Yet, despite the obvious benefits, it's beyond outrageous and cynical that the Trump administration has used a routine environmental review process to hold this environmentally beneficial critical project up," Foye said in a statement Friday.

A Federal Highway Administration spokesperson said the proposal is under review, and requires thorough consideration because it would set a precedent as the first "cordon" congestion pricing toll zone in the country.

The MTA's plan is to bond against the revenue to raise about $15 billion for its $51 billion Capital Program, which funds infrastructure investments throughout the MTA, including for the Long Island Rail Road. The LIRR stands to get about 10% of the revenue raised by the new tolls — money that would be directed toward upgrading signals, switches, tracks and stations.

The MTA continues to reel from the financial impact of the COVID-19 pandemic, which has cost the agency most of its riders and their fares. The MTA has said it is losing about $200 million a week.

The authority has pushed for an additional $12 billion in federal aid — $1 billion of which would reimburse the MTA for the tolls revenue it would have earned from a congestion pricing plan. Although an MTA bailout could still be held up if Republicans maintain control of the U.S. Senate, approval for a congestion pricing environmental review might come within days of Biden’s inauguration in January, transportation experts predict.

MTA spokesman Kenneth Lovett said Friday that the authority is optimistic about the chances of advancing the plan under a Biden presidency, "given the president-elect had made the environment and mass transit priorities of his incoming administration."

"While we are waiting, we have done as much as we can on our own to prepare to move forward, including drafting a preliminary design. But without federal signoff on an environmental review, we will soon hit a point where we can't move forward anymore," Lovett said.

Brian Fritsch, spokesman for the Regional Planning Association, a nonprofit planning and advocacy group, blamed the holdup on "bureaucratic hurdles" put up by the Trump administration to New York infrastructure initiatives.

"It’s really frustrating that they don’t seem to grasp that we’re all in this together," said Fritsch, who noted that the MTA’s Capital Program would reap economic benefits throughout the United States.

But even if the MTA’s new tolls were ready to be rolled out in January, Sen. Todd Kaminsky (D-Long Beach) said the agency likely won’t realize the full potential of congestion pricing for awhile, in part because the Manhattan traffic congestion that the plan sought to address has dropped considerably. In September, the MTA reported that traffic at the Queens-Midtown Tunnel was 26% less than in the same month last year.

And many of those who are driving, Kaminsky said, are doing so because they are concerned about contracting the coronavirus.

"In a world where it’s completely safe to be on mass transit and it goes back to being something that average Long Islanders rely on every day, it makes all the sense in the world to incentivize people to take mass transit and to get off the roads," Kaminsky added. "Something like this could only be put in place when taking the train is something that is normal, completely safe and COVID is not the concern that it is today."

Corlett noted that the use of for-hire vehicles, such as Uber and Lyft, has declined dramatically in Manhattan during the pandemic, as has construction — both key sources of traffic congestion. The MTA also should reconsider what the economic impact of the new tolls will be to people commuting by car to Manhattan for work, he said.

"That was a good question even before COVID. But now with the economic uncertainties and massive job losses, the question is: Will there be some kind of economic relief for people [living outside of Manhattan] who have lower incomes and need their car to drive? Or, because of safety concerns, they prefer to drive rather than take the subway or the bus," Corlett said.

MTA officials repeatedly have vouched for the safety of their system during the pandemic, and emphasized that there has not been a large coronavirus outbreak traced back to transit.

Nick Sifuentes, executive director of the Tri-State Transportation Campaign, a transit advocacy group, said that once the federal government signs off, it will still take about a year for the MTA to get congestion pricing going, including determining the amount of tolls and installing infrastructure.

In the meantime, Sifuentes said, some lapsed transit users are becoming more accustomed to driving into Manhattan because of coronavirus safety concerns — making congestion pricing all the more important. LIRR ridership remains at just 28% of pre-pandemic levels, while overall bridge and tunnel traffic has reached 90% of re-pandemic levels on some weekdays.

"We do need to make sure that we are not re-incentivizing car travel right now," Sifuentes said. "We need to be positioning ourselves to make sure we don’t have carmageddon in the city, where everybody chooses to drive, and it’s the end of our transit system as we know it."