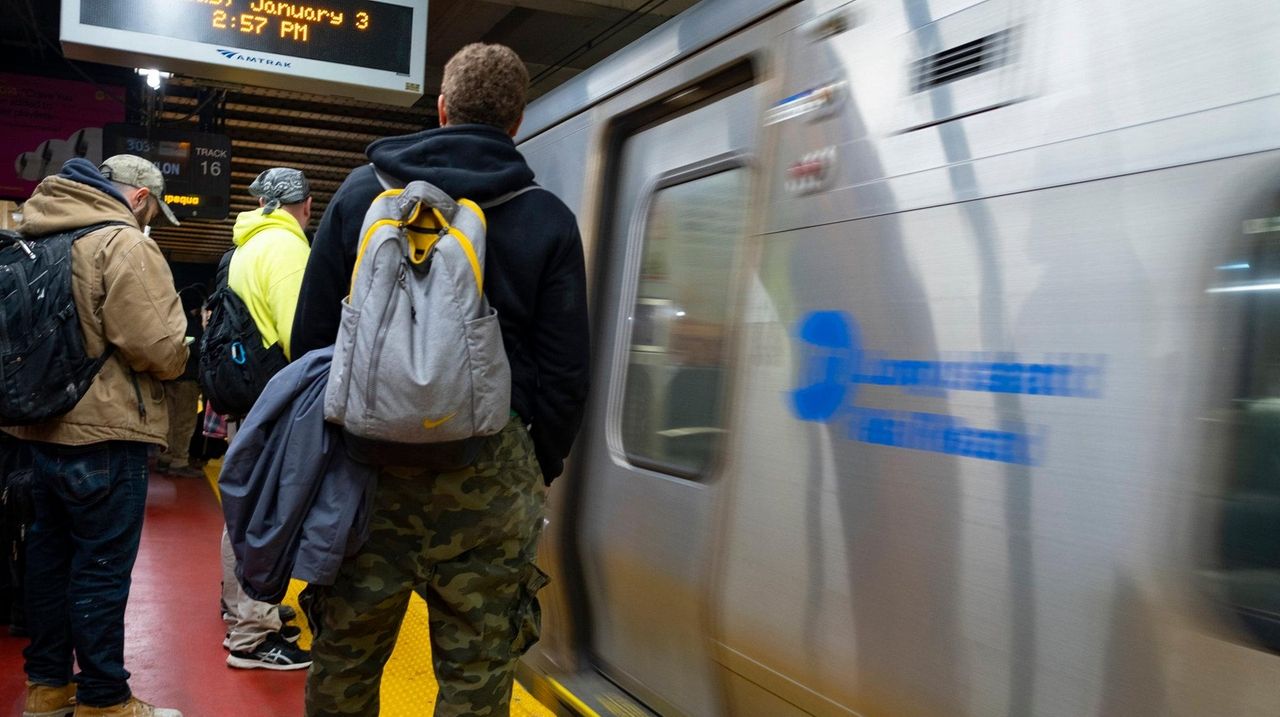 Gov. Andrew M. Cuomo on Monday pitched a plan to add eight tracks at Penn Station that potentially would increase the Long Island Rail Road's capacity by as much as 40 percent at the congested Manhattan terminal.

Cuomo said the new Empire Station Complex, resulting from combined projects, would be triple the size of the existing transit hub and provide a "world-class experience" to the 650,000 travelers who use it daily. Included in the complex would be the forthcoming Moynihan Train Hall, west of Penn, and a proposed reconstruction of the station that could entail knocking down the Hulu Theater.

The proposal is the centerpiece of Cuomo's 2020 transportation and infrastructure agenda, which he presented Monday in Manhattan to the business group the Association for a Better New York. The plan would involve the state acquiring the block of properties just south of Penn.

"The problem with Penn Station is the functionality, the track capacity. There are only 21 tracks in Penn Station. That's all you can get in that footprint. And the 21 tracks are not enough," Cuomo said. "How do we get more tracks? Sometimes there is no little fix that works. And this is one of those situations. The only way you get more tracks is by increasing the footprint."

Details of the governor's plan were scarce, including the potential price tag for the project or its timeline.

The agency would then begin negotiations with the various property owners on the block bordered by 7th and 8th avenues and 31st and 30th streets. The block currently houses office and retail space, restaurants, Amtrak facilities and St. John the Baptist Roman Catholic Church.

The governor suggested new development on the block would largely finance the project's cost, including through tax incentive programs and increased income and sales tax revenues.

Cuomo's is not the first proposal for a southward expansion of Penn. Amtrak, which owns Penn, long has discussed its vision for "Penn South" as part of its "Gateway" megaproject. Amtrak previously estimated the cost of expanding Penn at around $5.9 billion.

But that project has been stymied by the lack of federal funding, and Cuomo said he was "not going to wait on the federal government to … decide they want to help New York."

The governor's plan was praised by transportation experts, advocates and elected officials for addressing the root of the dangerous crowding and frequent train delays that have plagued Penn — the busiest rail station in the nation.

Multiple planned renovations and expansions of the station have done little  to address the congestion caused by having three railroads — the LIRR, Amtrak and NJ Transit — share 21 tracks, Cuomo said. That's the same number as when Penn was built 110 years ago. A fourth railroad, Metro-North, is expected to link to Penn Station by around 2023.

"The current capacity has not changed since the early 1900s, and riders have felt the effects of that for years," said Sen. Todd Kaminsky (D-Long Beach), who long has pushed for an overhaul of the LIRR’s operation at Penn. "Expanding capacity, especially at a time when mass transit is becoming more important in our society, is critical, and I will work to further this effort in Albany."

MBA Board member Kevin Law, president of the Long Island Association, a business group, called the proposal “exciting for the region.”

“Anything we can be doing to make it easier for people to get to and from New York City strengthens the regional economy,” Law said. “The way you do that is by adding capacity.”

Kyle Strober, executive director of the Association for a Better Long Island, a business and planning group, said Cuomo’s proposal would create “ a genuine pathway to a 21st century transportation portal to the future.”

But Mark Epstein, chairman of the LIRR Commuter Council, the railroad's state-regulated rider watchdog group, was more reserved in his praise for the proposed new tracks, until there are more details on how they would be used. Epstein noted that the MTA plans to reduce LIRR service into Penn with the opening of the East Side Access link to Grand Central Terminal in 2022.

"We're obviously in favor of the concept," Epstein said. "We just want to make sure it's a benefit to the Long Island Rail Road when it's all broken down."

A southern expansion of Penn would allow tracks to be built to the south of Track 1. Currently, the LIRR primarily operates on Penn's northernmost tracks, and has almost-exclusive use of Tracks 17 through 21.

MTA chairman Patrick Foye noted the importance of increasing public transportation capacity in the region, coinciding with the agency’s forthcoming congestion pricing plan that will toll vehicles driving below 60th Street in Manhattan.

“As a commuter who travels through Penn Station every day, I know firsthand how this project will dramatically improve the customer experience for millions of passengers,” said Foye, of Port Washington. “The end result will be a world-class complex all New Yorkers can be proud of."

“This forward-thinking plan should serve as a model to the nation as we strive to build 21st century transportation and infrastructure systems,” he said.