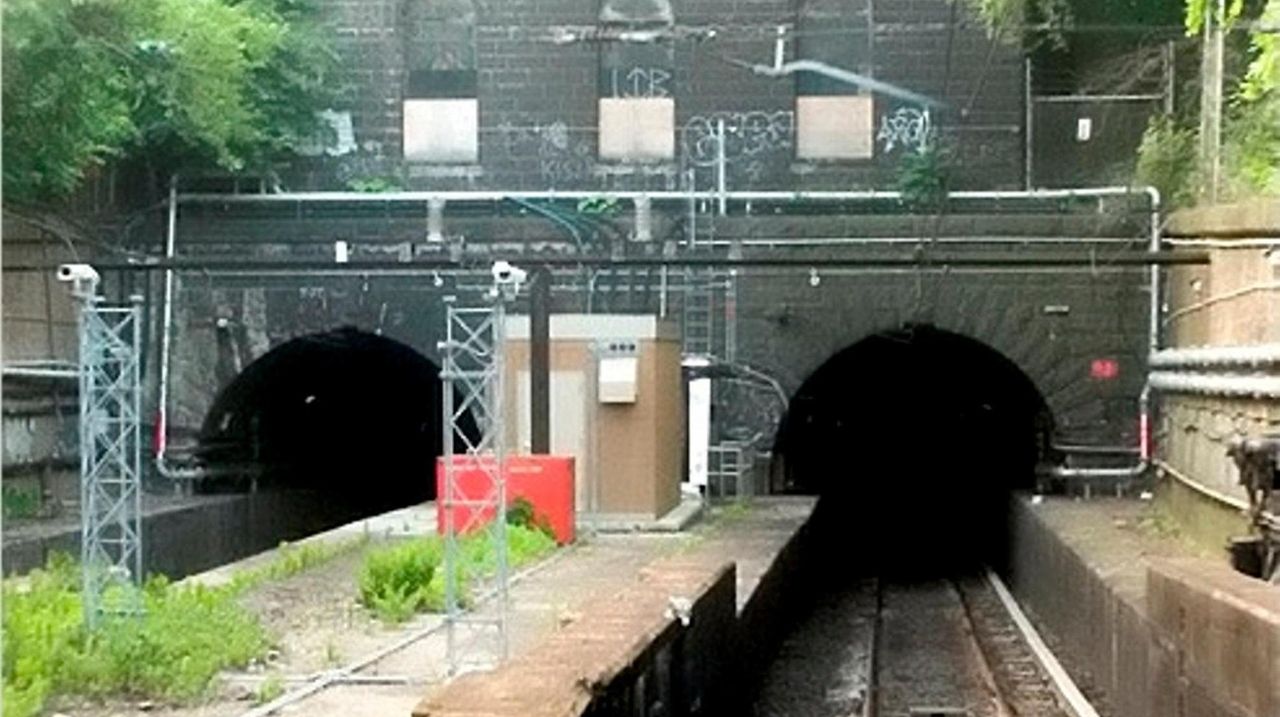 The long-delayed fixes to the Sandy-damaged East River Tunnels used by the LIRR may not begin until January 2024, despite growing calls from the MTA and lawmakers for Amtrak to consider an alternative repair method that would allow the work to begin faster, and have less impact on riders.

Amtrak announced the new timeline to repair the tunnels, which were inundated with salt water during the superstorm in October 2012, at a State Senate hearing on May 7. Amtrak owns and maintains the tunnels connecting to Penn Station.

Because each of the underwater tubes would be out of service for a year at a time, Amtrak wants to put off the project until other planned capacity upgrades — including the Long Island Rail Road’s new East Side Access link to Grand Central Terminal — are completed.

Amtrak, which previously has estimated the repairs to cost $1 billion, expects to release a final design for the project later this year.

The Metropolitan Transportation Authority — the primary user of the East River Tunnels — is urging Amtrak to consider adopting the same approach the MTA did in repairing subway tunnels that also were damaged by Sandy.

The "repair-in-place" method, MTA officials said, would allow the work to be carried out on nights and weekends, and the tunnels to remain in service during weekdays.

The key difference is that, rather than demolish and rebuild concrete "bench walls" damaged by the floodwaters, the bench walls would be patched up and stabilized — including with the use of plastic. Electrical and other cables that are typically encased inside the bench walls would instead be mounted on racks.

"It’s our hope that Amtrak will reconsider this position, so we can minimize the impact on customers. The best way to do that is to avoid full closures, to the maximum extent possible. When a tunnel is closed, fewer trains can get in and out of Manhattan, and there is less flexibility to recover from disruptions and delays. And all of this makes service less reliable — a result that’s good for nobody."

Amtrak officials said they have considered the alternative repair method, and determined that it would not be a good fit for their tunnel project for several reasons. Among them: The power cables used by Amtrak carry far higher voltage than those used by subways, and must be encased in concrete to protect them.

Amtrak says East River Tunnels require different method that necessitates major service disruptions. Here is some of Amtrak’s planned work and their reasoning for this approach.

Amtrak officials said they also plan to lower the bench walls to make them level with train doors for emergency evacuations. Other needed infrastructure upgrades in the 111-year-old tunnels — including replacing the antiquated rock track beds with a more modern system already in use in subway tunnels — requires the structures be taken out of service completely.

For those, and other reasons, Amtrak executive vice president Dennis Newman said their tunnel project, and those taken on by the MTA, are "not an apples to apples comparison."

Newman added that, by limiting work to nights and weekends, the project could be dragged out over 15 years, and, along the way, increase the likelihood of infrastructure failures and resulting service disruptions.

While Newman said Amtrak is "open to and welcome alternative approaches and innovative means and methods of delivering the full scope of the East River Tunnel rehab project better, faster and cheaper," it does not believe "it's helpful to put off for the future the appropriate level of investment to ensure the safe and efficient use of the system."

MTA officials have said further delays in the tunnel repair project, which once was expected to commence in 2019, could hamper other efforts to upgrade and expand Penn Station, and to link Metro-North Railroad to Penn.

Despite the MTA's preference, the decision on how to proceed with the work will be up to Amtrak — a for-profit organization that relies heavily on federal subsidies. MTA and state officials believe they should have more say in the tunnels, both because the LIRR is their primary user — running nearly seven times as many trains in the rush hour in and out of Penn as Amtrak — and because the MTA and state provide significant funding for infrastructure repairs and upgrades in and around Penn.

Senate Majority Leader Chuck Schumer (D-N.Y.) has urged the MTA to use $432 million it received in federal Sandy grant money to help pay for the tunnel repairs. MTA officials have said only that they are willing to pay their share. Amtrak hopes to also use new federal funding from President Joe Biden's proposed $2 trillion infrastructure bill to help pay for the fixes.

Even after hearing Amtrak’s explanation, Kaminsky said he remains unconvinced that the agency has properly considered the alternative construction method, and urged them to hire an outside firm to study it. He noted that the MTA, too, was resistance toward adopting the approach.

"The fact that similar studies have reached the opposite conclusion, I think demonstrated that the weight of the evidence is against their argument," Kaminsky said. "They could repair this sooner. They could repair this faster. They don’t need to close the tunnels. They just don’t want to move off their position."

Lisa Daglian, executive director to the MTA’s Permanent Citizens Advisory Committee, which includes the LIRR Commuter Council, agreed that the alternative repair method should have been given more consideration, and said she was "perplexed" as to why Amtrak hasn’t formally studied it, especially during the pandemic, when fewer riders would be impacted by construction.

Even if the MTA subway tunnel repair methods could not be duplicated in the East River passage ways, Daglian said Amtrak should consider a "hybrid" approach that "could benefit commuters."

"There’s still some time to get it right, but there’s no time to wait," Daglian said.