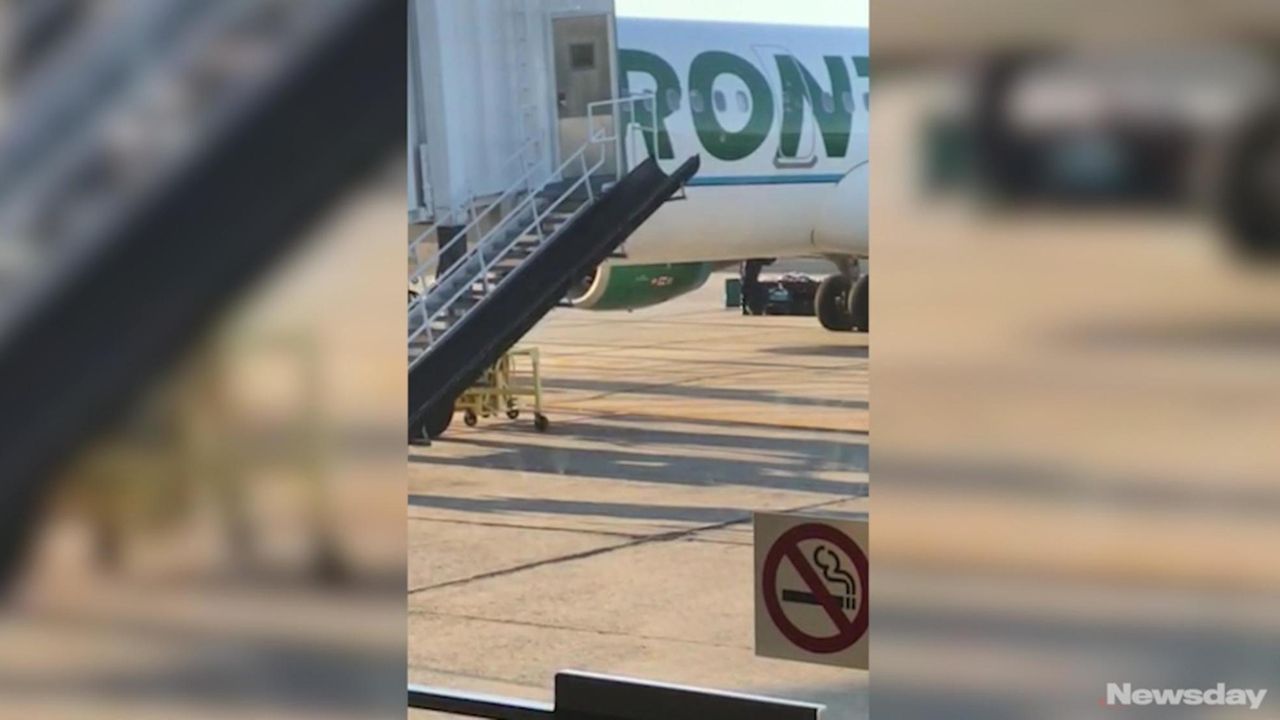 Suffolk County police said no threat was found at Long Island MacArthur Airport, after the report of a possible bomb threat prompted the police to deploy a bomb squad and bomb-sniffing dogs to screen two flights at MacArthur and a third after it landed in West Palm Beach, Florida, on Friday, April 20, 2018. Credit: Handout

Suffolk County police said no threat was found at Long Island MacArthur Airport, after the report of a possible bomb threat led officials to sweep three flights on Friday.

The threat, reported by the Town of Islip at about 4:30 p.m., was directed at unspecified flights to West Palm Beach, Florida, Suffolk police said.

Another Southwest flight, which had departed MacArthur before Suffolk police learned of the threat, was also screened after arriving in West Palm Beach, police said. Southwest said it had received “a nonspecific and noncredible threat” regarding Flight 1718, which had left MacArthur at 4:22 p.m.

Earlier Friday, police said they were working closely with the Town of Islip, the Transportation Security Administration and the Federal Bureau of Investigations to investigate the threat.

Frontier Airlines Flight 1785, which had been destined for West Palm Beach, was scheduled to take off from MacArthur at about 4:55 p.m.

Casilda Colon, 74, of Farmingdale, said she was on the plane when several police officers streamed inside and the flight attendant made an announcement.

“The stewardess started saying ‘Evacuate, just leave the plane and leave all your belongings. Just take your boarding pass,’” said Colon, who had planned to visit her son and daughter-in-law in Florida.

Colon, a frequent flyer, said she got to the airport at 2:55 p.m. and was still there about 8:45 p.m. as she waited for her husband to pick her up after she got her ticket refunded.

The terminal was calm and quiet late Friday evening as several Frontier passengers got refunds and passengers on other flights waited to depart.

The Frontier flight eventually departed at 9:15 p.m., according to the airline’s website.