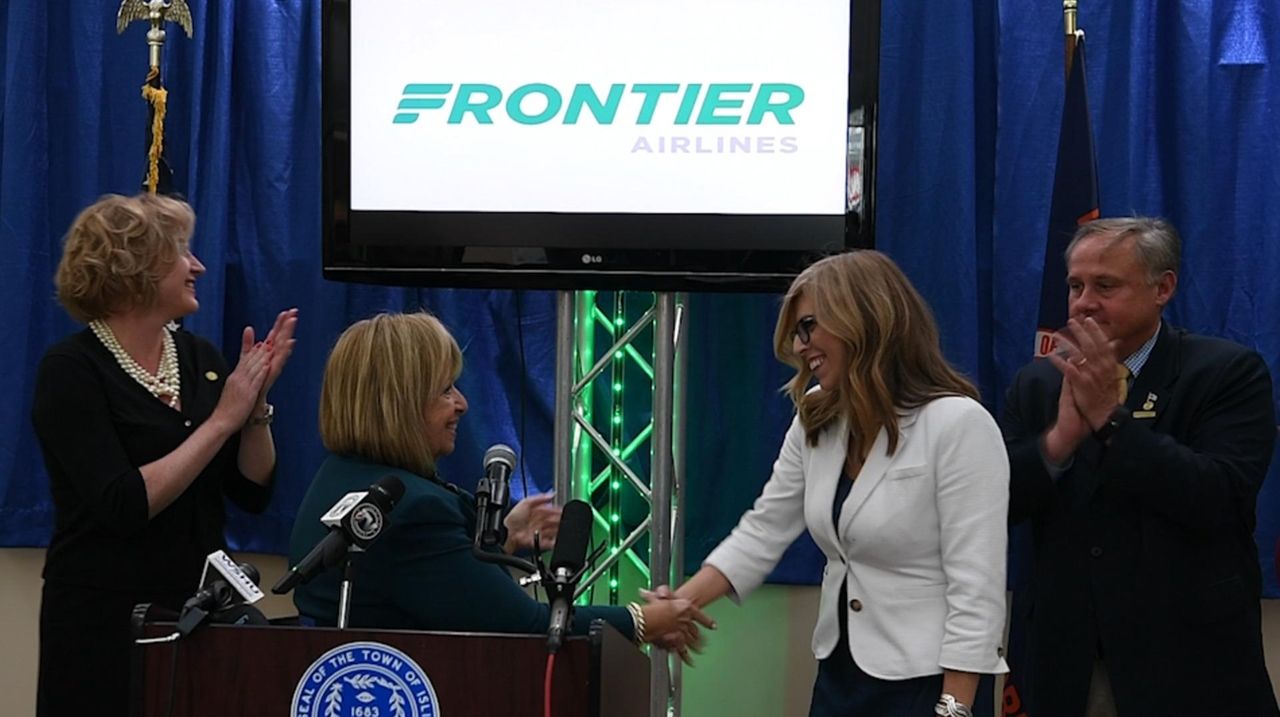 The town-owned airport in Ronkonkoma is served by Southwest Airlines, American Airlines and Elite Airways, which is on a seasonal hiatus and expected to resume service in June.

Beginning Aug. 16, Denver-based Frontier will fly an Airbus A320 with 186 seats between Islip and Orlando, with introductory fares of $39 each way. The no-frills airline charges additional fees for assigned seating, carry-on luggage, and other options.

The new route was touted as a low-stress alternative to LaGuardia or Kennedy airports. “People don’t want to go to those other airports,” said Islip Town Supervisor Angie Carpenter.

MacArthur Airport Commissioner Shelley LaRose-Arken said that although Southwest and Elite airlines also serve Florida from Islip, the Orlando market was identified as the most-underserved for Islip’s customer base.

“There’s plenty of capacity available for this to be successful,” she said.

“In seeking out airports, we really love airports like this that are really convenient for passengers and change the way people fly,” she said during the news conference.

Frontier plans to monitor the Orlando route’s performance to determine if it will expand MacArthur service in the future.

“We’re going to look at the numbers really closely, and if they’re as good as we anticipate, we would continue to look at the possibilities here,” Squyres said.

FAA: Bird strikes on rise at LaGuardiaReported bird strikes at airports around New York City and nationwide are on the rise ... Analysis: NYers paying less for Europe flightsNew Yorkers planning air travel to vacation spots this summer will find fares to domestic ... LIA backs effort for new MacArthur facilityThe Long Island Association, an organization that supports business on the island, is backing an ...