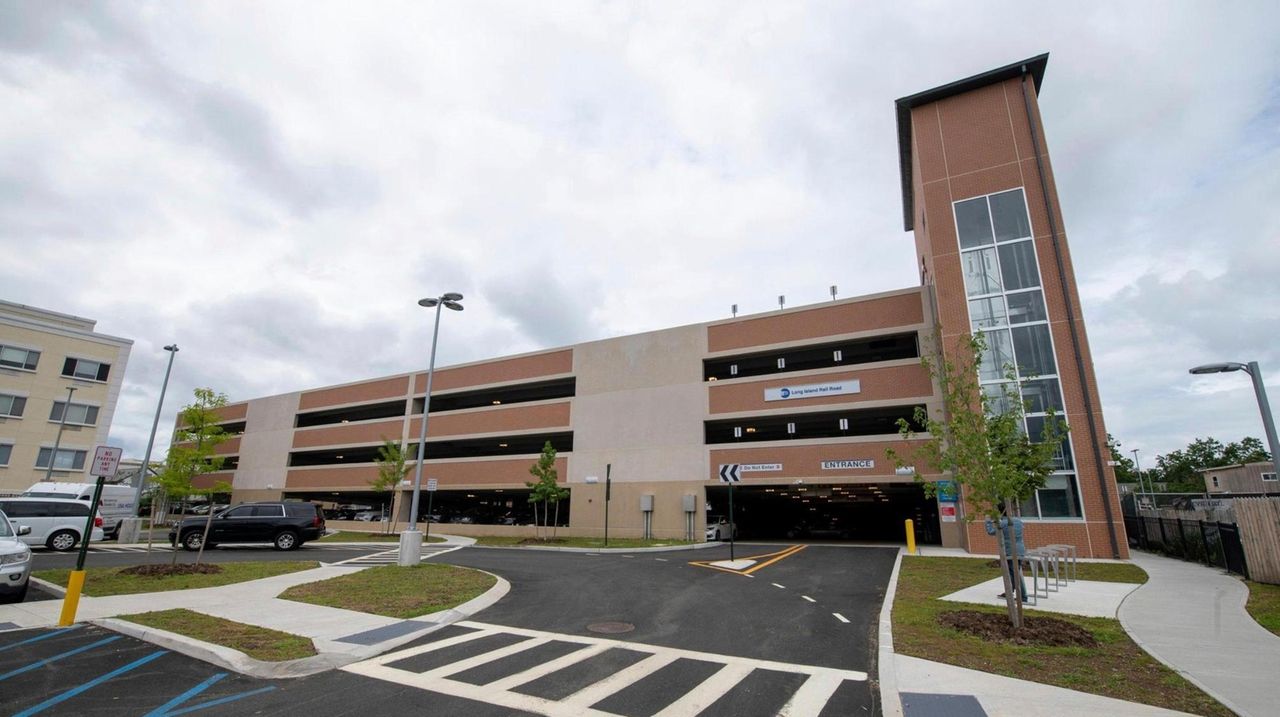 Long Island Rail Road commuters have a lot more room to park at the Westbury station now that the MTA has completed work on a new four-level parking garage.

Metropolitan Transportation Authority officials gathered with elected leaders on Monday to mark the opening of the 683-spot garage, built on the former site of a parking lot. The garage is part of the LIRR’s $2.6 billion effort to construct a third track on its Main Line between Floral Park and Hicksville.

Construction began in spring 2019 for the new structure, which is north of the tracks near the station. Work continued on the project throughout the pandemic.

MTA officials have said the new structure aims to address a future ridership increase at Westbury, which served nearly 4,000 daily riders before the pandemic. Officials said the garage also helps support transit-oriented developments springing up in and around Westbury. The garage reserves 376 spots for Westbury residents.

"It will draw more people here. It will keep more people in our beautiful communities in Nassau County," said County Executive Laura Curran. "And, clearly, they’re going to need a place to park. There’s going to be some issues. This helps solve that."

The MTA’s projections for increasing demand at Westbury, and throughout the system, were made before the COVID-19 pandemic, which caused ridership to plummet. After bottoming out at around 3% of pre-pandemic levels, ridership has since returned to just over 40%. MTA officials have said it may take years for ridership to return to even 80%.

But new MTA chief executive Janno Lieber noted that the garage is part of a host of improvements included in the Third Track Project, which is scheduled for completion in late 2022. They include increased service reliability, track capacity and safety.

"These are huge benefits, so we’re not depending on the exact pace of ridership returning to justify this project," Lieber said. "We’re also confident that, with the dynamic Long Island economy that we’re seeing, that ridership is going to come back. And we need to be ready."

Lieber said the third track improvements, including the garage, have been a model for working closely with communities to minimize the negative impact from construction.

Gerard Modeste, president of Westbury’s Sherwood Garden Civic Association, gave the project developers high marks for keeping residents in the loop, and agreed the new garage is needed. The "only drawback," he said, is that the garage does not include charging stations for electric cars.

LIRR president Philip Eng said "right now, there is no plan for this [garage] to have electric charging" stations, but he didn’t rule it out for the future.