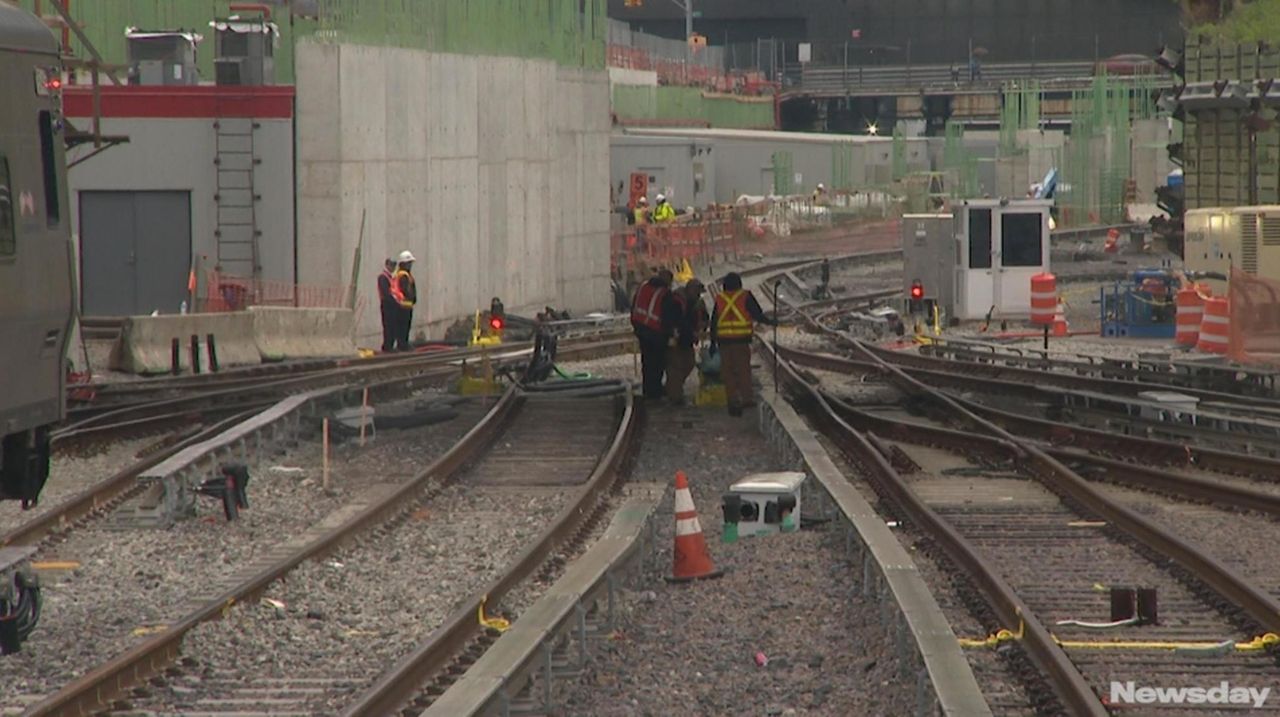 The completion of what’s being called the “West Portal” is the latest milestone in the privately funded, half-billion-dollar transformation of the LIRR’s Vanderbilt Yard in the shadow of the Barclays Center in Downtown Brooklyn.

For more than a century, routing a train from Atlantic Terminal into the yard, where it would be cleaned and serviced, required a complicated and time-consuming set of movements. Trains would have to travel east from the station about three-quarters of a mile, and then back west again through the only portal leading to the adjacent outdoor rail yard.

The movement, which takes about three minutes to complete, would block all train traffic into and out of the station until the tracks were clear.

LIRR Transportation Manager Ralph Wetzel said the process would result in delays of “a minute here, two minutes there” for other trains, and contribute to congestion at the Brooklyn terminal, which has seen additional train traffic over the last year as the LIRR has rerouted some trains there during Amtrak construction work that has reduced capacity at Penn Station.

But beginning Wednesday afternoon, trains will have a direct path from Atlantic Terminal to the rail yard via the newly created 85-foot-wide portal.

“We need this opportunity to have this West Portal so we can move into and out of that yard freely without delaying any eastbound trains,” said Wetzel, who noted that delays on the Brooklyn line often impact Penn Station customers too, if they’re forced to wait at Jamaica Station for a connecting train. “So it’s that critical that we get these trains out on time.”

The LIRR gave reporters a tour of the newly constructed portal Wednesday morning on board a train originating at Atlantic Terminal. When the train passed through the portal, and into the daylight, one railroad official joked, “It fits!”

The new access point is among more than $500 million in upgrades promised to the LIRR by private builder Greenland Forest City Partners as a condition of an agreement to allow the Barclays Center to be built partially on top of the original Vanderbilt Yard.

In addition to relocating the yard’s storage tracks, Greenland Forest City Partners is installing new signal and switches, new sewage connections for servicing train bathrooms, a new electrical substation and an employee facility. The improvements are expected to be completed next year.

Greenland Forest City Partners plans to eventually build a platform on top of the yard that will serve as the foundation for its Pacific Park residential development project.

Robert Sanna, Forest City’s executive vice president for construction and design, called the new portal “probably the most significant milestone” to date in the yard project.