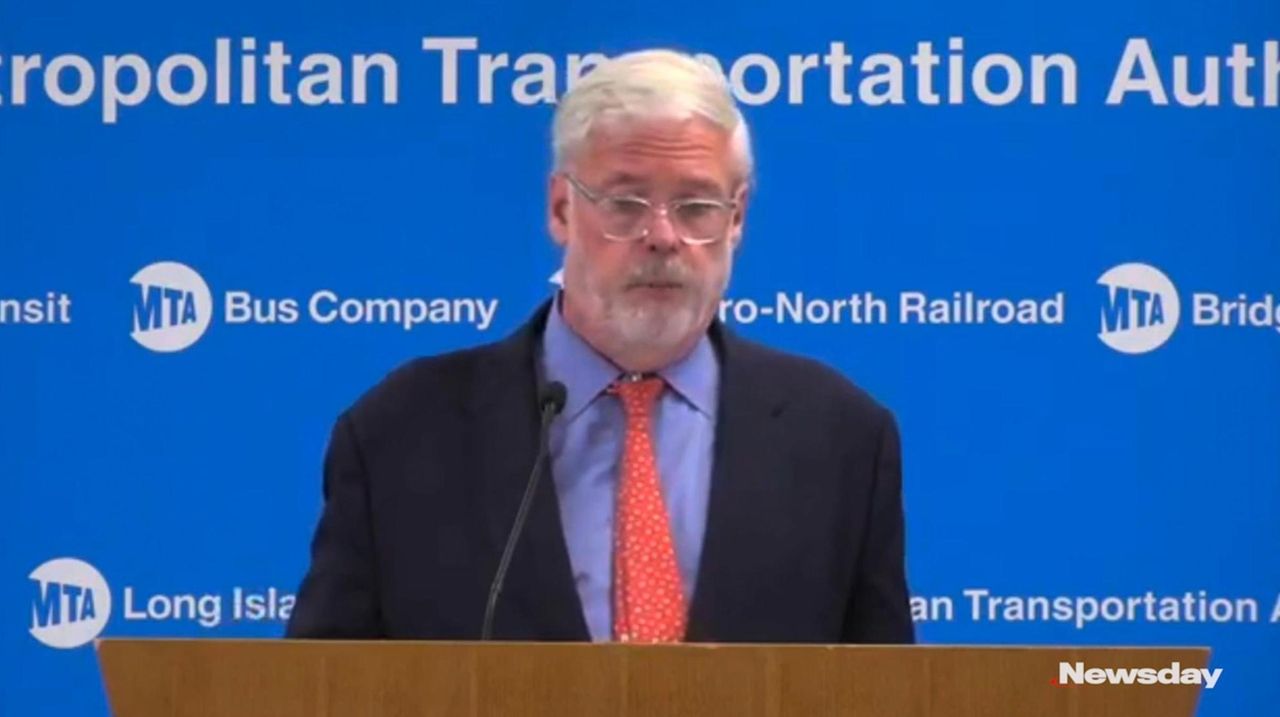 The MTA is considering borrowing nearly $3 billion from the federal government to stay afloat this year amid the financial blow dealt by the COVID-19 pandemic, officials said Wednesday.

But far from a solution to its massive deficit, which is expected to exceed $10 billion next year, Metropolitan Transportation Authority chairman Patrick Foye suggested that the move only aims to buy the agency more time. The MTA is still contemplating massive budget cuts — including a possible 50% reduction in Long Island Rail Road service that could eliminate some branches.

"Borrowing $2.9 billion and change … is obviously helpful, but for an agency that spends $300 million a week, that is not a long-term solution," Foye said at the monthly meeting of the MTA Board.

The proposal to borrow the maximum amount available from the Federal Reserve’s Municipal Liquid Facility lending program was made by MTA Finance Committee chairman Lawrence Schwartz, who suggested the agency should no longer hold out hope for a federal bailout by November — the time by which the MTA must propose a balanced budget for 2021.

The MTA, which already has received about $3.9 billion in COVID-19 relief aid, is seeking another $12 billion — the amount the authority says it will lose through 2021 in fares and tax revenues, as well as from a new congestion-pricing tolling system in Manhattan that it says has been delayed by the federal government.

"We cannot wait any longer for Washington to act, because the reality is they’re not going to act," Schwartz said. "We have to be realistic. We need to be responsible. I don’t want to wait until the last minute … It’s sad that it’s come to this point."

Schwartz said the MTA could borrow the money at an interest rate of about 1.8%, and would back the loan using revenue from the state’s Payroll Mobility Tax, which goes directly to the transit agency. If a federal bailout did materialize next year, the MTA could return the money, Schwartz said. The loan would have to be repaid within three years.

Without the loan, MTA officials have said they would need to pull the trigger by November on several drastic measures to shrink their budget gap, including potentially cutting service, enacting the highest fare increase in at least six years, closing LIRR ticket windows, laying off hundreds of workers, and deferring capacity-expansion projects, including the opening of the railroad’s East Side Access link to Grand Central Terminal.

Foye would not say how much additional time the loan would buy the MTA, but said it would "continue to pursue" all its previously proposed actions.

Some have questioned the decision to borrow money in order to put off making difficult financial decisions, including the Citizens Budget Commission, a fiscal watchdog group that has said issuing debt should be a last resort.

Commission vice president Maria Doulis said borrowing could deepen the MTA’s financial hole if fares and other revenues don’t rebound quickly and the agency is unable to pay back the loan.

"It’s not like the prospects right now appear to be so much brighter in three years. The budget gaps are there. They’re growing. And there’s still a lot of uncertainty about the return of ridership to the system," Doulis said. "This may be a legitimate option, but I think we have to be very clear-eyed that it has to be part of some broader package to get the MTA to stability."

The MTA already is expected to pay about $3 billion in debt service next year, or about 17% of its $18 billion operating budget. The agency owes about $35 billion, and expects that number to grow to $53 billion by 2023.

There was one bit of "good news" coming out of the pandemic, according to MTA Chief Transformation Officer Anthony McCord. Because of unexpectedly high turnover at the MTA this year, the targeted 2,700 job reductions that were included in an agencywide consolidation plan adopted last year likely will be accomplished without layoffs, McCord said.

"I think the COVID crisis has had a lot of impact on many, many people, including many of our employees who have made personal decisions to do other things with their lives," McCord said.

The MTA Board on Wednesday also unanimously approved new "rules of conduct" for the transit system, including many that appear to target homelessness and loitering on trains and at stations. The rules limit to 90 minutes how long someone can sit on an LIRR station bench or remain in a station shelter, prohibit lying down at stations, and ban the use of shopping carts.

MTA chief: We need $12 billion in federal aid to avoid 'draconian' cutsThe MTA may be forced to enact wage freezes, fare and tolls hikes beyond those already scheduled, service cuts and "reductions in workforce as a last resort." MTA: Crisis might require layoffs, fare increasesThe Metropolitan Transportation Authority, reeling from the COVID-19 pandemic, faces an unprecedented "four-alarm fire" financial crisis, agency leaders said. MTA, union reach agreement to save jobsThe agreement will stave off layoffs for hundreds of workers through the end of 2020, but will require employees working from home to accept a 10% pay cut, union officials said.