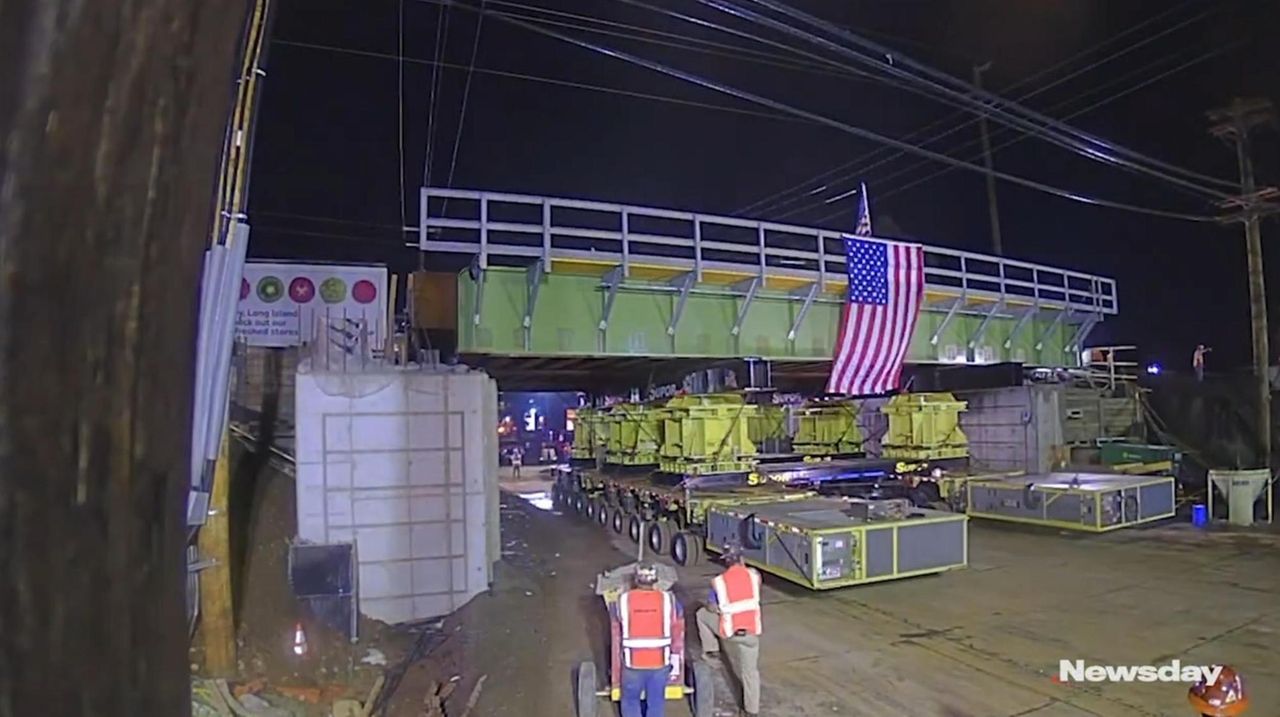 LIRR workers and private contractors worked through the weekend to install a new 60-foot long, 285-ton bridge over Glen Cove Road in Carle Place. The effort was part of the railroad’s $2.6 billion plan to construct a 10-mile long third track between Floral Park and Hicksville.

Then workers used heavy machinery over the weekend to demolish the old bridge and roll the new one into place.

Train service was suspended over the weekend between Mineola and Hicksville for the project to be carried out. The new, three-track bridge is among several structures being installed on the Main Line as part of the third track project, scheduled for completion by late 2022.

Railroad officials say the added capacity will allow the railroad to increase service, and to more easily bounce back from unplanned service disruptions.

“Each time we complete a component of the LIRR Expansion Project, we're one step closer to unlocking the true potential of the railroad, and Long Island,” LIRR president Phillip Eng said.

Eng said the new bridge "will host a new third track" that will increase "capacity and flexibility" to run trains in both directions during rush hours and allow for "true reverse commuting" on its lines.

Next up for the project is placing a new rail bridge at New Hyde Park to replace a grade crossing. That project is scheduled for completion in September.

Like much of the LIRR’s operations these days, the weekend bridge project was affected by the COVID-19 pandemic, officials said. Project executive Mark Roche said the approximately 150 workers at the site took precautions, using masks and practicing social distancing.

Roche said the low ridership on the LIRR in recent months did help crews expedite the preparation of the work site, while minimizing the impact on riders.