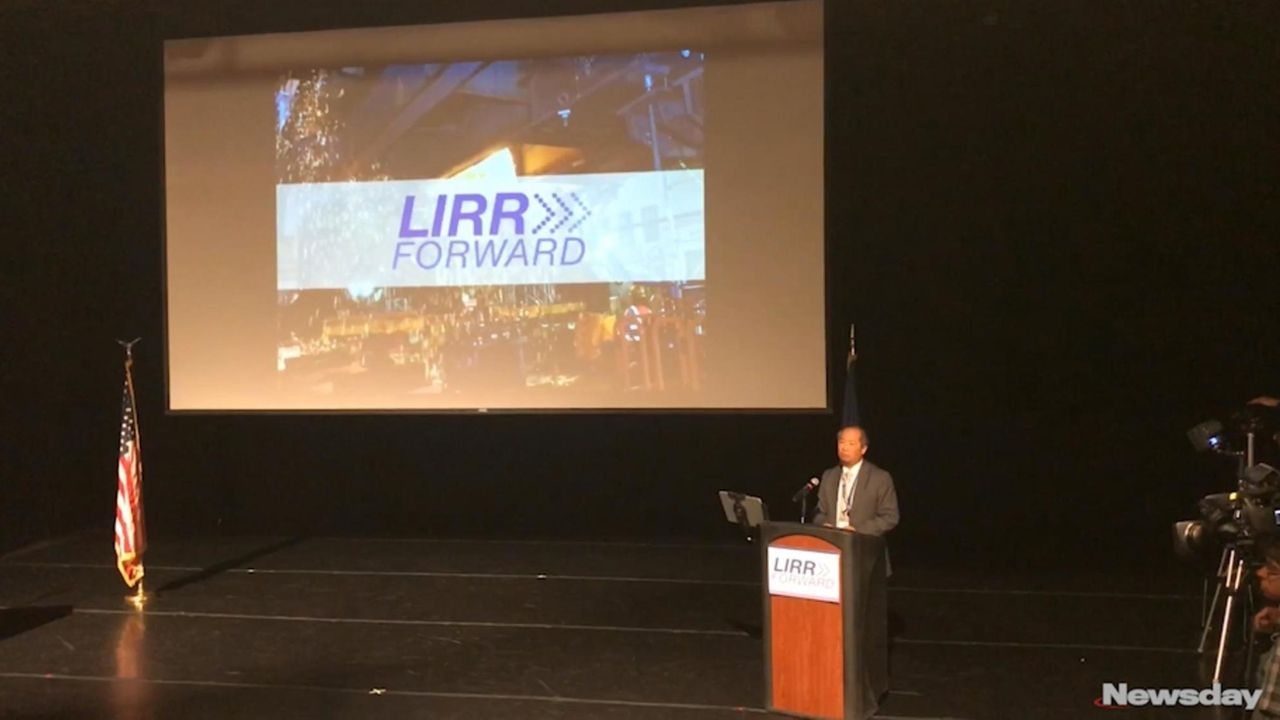 The Long Island Rail Road’s new president went face to face with his customers Thursday night in the first of what he said would be a continuing series of public forums with railroad riders.

The first “Customer Conversations” event, held at Adelphi University in Garden City, was attended by about 100 commuters, Long Island residents and politicians — many of them eager to air their grievances with the railroad, and to offer some ideas on how to make it better.

“The goal of this is to let our customers know that, not only do we want their feedback, but we’re listening. And there’s been opportunities over the last month to show that we’re not just listening, but we’re implementing,” said Phillip Eng, who joined the LIRR in April. “We hear you . . . This will be the Long Island Rail Road moving forward. The dialogue will be there.”

After chatting with some attendees in the lobby of the university’s Olmsted Theater for about an hour, Eng gave the audience a brief presentation of his LIRR Forward initiative, which includes extensive plans to improve communications, better respond to service disruptions, and upgrade infrastructure.

He announced that one particular track switch at Jamaica that had repeatedly failed in recent months — but had not been in line for major improvement for several years — had just been “permanently repaired.” The LIRR plans in the next six months to similarly upgrade nine other switches that account for about 40 percent of all switch-related delays.

During a question-and-answer session, several elected officials took the opportunity to echo concerns from their constituents about failing service, the lack of handicapped accessibility at some stations, and the need for the LIRR to push for transit-oriented development on Long Island, including at a redeveloped Belmont Park.

“I can tell you, whether Republican or Democrat . . . we will fight for you to get the funding you require in order to be the best railroad you can be,” State Sen. Todd Kaminsky (D-Long Beach) told Eng. “But it’s going to require that the sense of urgency on your part be instilled throughout your agency.”

Several LIRR riders also expressed their support for Eng’s call for innovative solutions to longstanding railroad problems. Some took to the microphone to share ideas about expanding service on the West Hempstead line, improving communication between conductors on different trains, and helping customers get off trains at Atlantic Terminal, where trains are typically longer than the station’s platform.

“I want to thank you for your initiative to be so communicating with all Long Islanders and everyone who takes the railroad,” Port Jefferson Branch rider Justin Macari told Eng. “Just to be heard is huge. It definitely makes people feel better about the Long Island Rail Road.”

Editorial: New LIRR head must win public’s trustAfter months of extensive trouble for commuters there will be new leadership at the LIRR. LIRR prez: Improvements need to come soonerNew Long Island Rail Road President Phillip Eng said he will bring added urgency to the LIRR's proposed Performance Improvement Plan, including by replacing problematic track switches right away. New LIRR president is MTA executive from LIMTA chief operating officer will take over the role of LIRR president, sources with knowledge of the situation said.