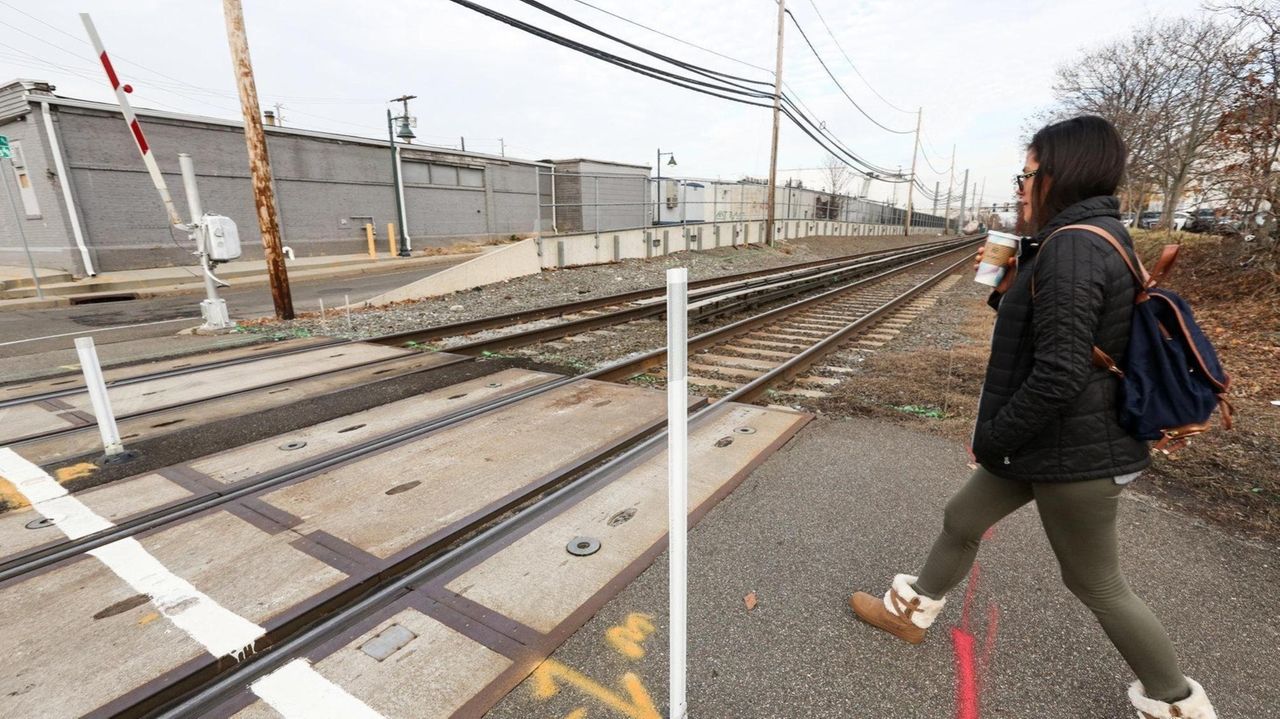 The LIRR, after combining low- and high-tech solutions, has not had any incidents of vehicles mistakenly driving onto tracks since April 2018, railroad officials said Monday.

Long Island Rail Road president Phillip Eng joined Metropolitan Transportation Authority officials and elected leaders at the site of a once-accident-prone railroad crossing in Mineola to trumpet the success of an effort begun last year to better warn drivers as they approach any of the LIRR’s nearly 300 grade crossings.

“We were able to dramatically and virtually eliminate cars on the tracks,” Eng said. “Altogether — low technology and high technology — it has made a dramatic effect on driver safety, railroad safety and improving the reliability of the Long Island Rail Road.”

In one such accident, in March of last year, a driver who MTA officials said misunderstood GPS directions turned onto the tracks at the Willis Avenue crossing in Mineola, where Monday’s news conference was held. The driver escaped from the car before it was struck by a nonpassenger train, resulting in a huge fireball and extensive damage to the car and the tracks, as well as hours of delays for LIRR riders.

The following month, the LIRR launched an effort to improve the visibility of crossings to motorists, including through the installation of “vertical delineators” — or 4-foot-tall flexible poles — across tracks, and enhanced roadway striping and reflective pavement markers. The railroad installed the devices at all its 296 crossings by the end of 2018.

Also, in June 2018, the railroad partnered with GPS provider Waze to add a mobile app feature that warns users when they approach an LIRR grade crossing.

The LIRR’s efforts were recently highlighted in a U.S. Department of Transportation study on the most effective ways to curb railroad track “incursion” accidents. In addition to the drop in accidents, the study found an 86% reduction in train delays caused by vehicles on the LIRR’s tracks.

Suffolk County Executive Steve Bellone, in a statement, commended the LIRR for setting “a national standard for safety.”

Other plans are also underway to further increase safety at railroad crossings, officials said. The two grade crossings at Willis Avenue are among eight to be eliminated as part of the railroad’s $2.6 billion effort to construct a 10-mile-long Third Track between Floral Park and Hicksville.

Thomas said the measure aims to ensure “more people are protected” and “adhere to the law.”