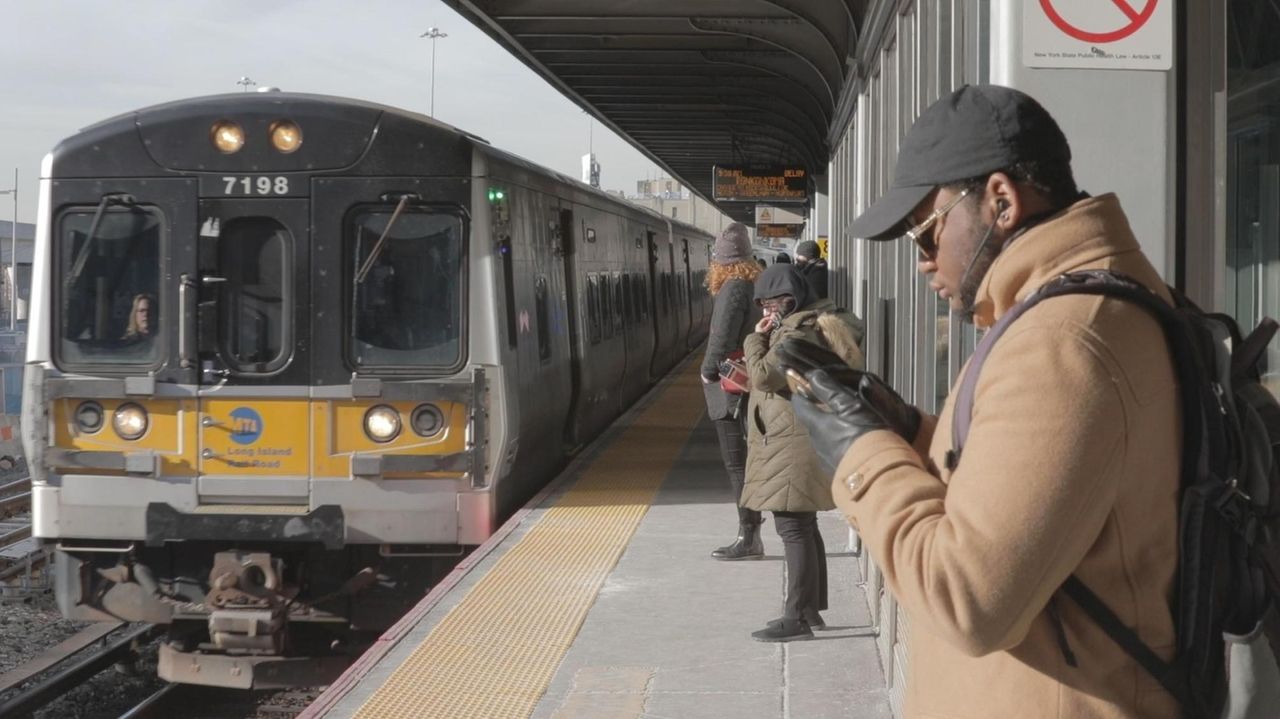 Long Island Rail Road said trains were running on or close to schedule after rush hour disruptions into Penn Station and Atlantic Terminal, on Wednesday, Jan. 3, 2018. The railroad had said shortly before 6 a.m. that riders to Penn Station should "anticipate delays, cancellations, diversions" because of damage to the third rail in one of Amtrak's East River tunnels. Credit: Newsday / Yeong-Ung Yang

Both problems that frustrated riders battling the arctic cold during the morning commute were fixed well before the evening rush hour, though the LIRR’s Twitter account did report a couple of delayed trips for Huntington and Montauk passengers due to equipment problems.

Starting just before 6 a.m., the railroad informed people traveling to Penn Station to “anticipate delays, cancellations, diversions” because of damage to the third rail. The damage was caused by a “track alignment issue” in one of Amtrak’s East River tunnels, according to an Amtrak spokesman.

By 10 a.m., delays were reduced to average about 10 to 15 minutes, with full service into and out of Penn Station restored shortly before 11 a.m., the LIRR said on its website.

As the rush hour wound down shortly before 9 a.m., the railroad also suspended service between Jamaica in Queens and Atlantic Terminal in Brooklyn because of the broken rail.

That service was restored by 9:30 a.m. while crews worked to repair the broken rail, a spokeswoman said.

Some westbound trains headed to Penn Station were canceled and others were diverted to Atlantic Terminal, the LIRR said in a tweet issued before the second service problem was reported.

Some trains ended their run at Jamaica, where passengers could transfer to another train into Penn, the railroad said.

Keith Aurelio, 40, of Farmingville, said he spent nearly an hour waiting for his train at the Ronkonkoma LIRR station Wednesday morning.

Aurelio was hoping to catch the 8:31 a.m. Penn Station-bound train, which was first held due to equipment problems and then was canceled, he said. Aurelio then crammed into a packed waiting room until he boarded a train at 9:15 a.m.

“I have been delayed so many times, I’m past angry,” Aurelio said. “It’s almost expected when the temperatures are cold.”

On Tuesday, service on the Port Washington branch was suspended for several hours because of a broken rail at Plandome, and there were delays on the Babylon branch that began Monday, New Year’s Day, and spilled into Tuesday.

The Babylon branch was limited to one track at Freeport after a downed power line near the LIRR’s Freeport station damaged the signal system about 4:30 a.m. Monday.