The Long Island Rail Road, after steadily improving service since late last year, has struggled with multiple rush-hour delays and cancellations during weekdays this month, but the railroad’s president insists he has not taken his “foot off the gas.”

After improving its on-time performance in five out of six months since December, and having its best May in seven years, the LIRR has been dogged recently by problems ranging from the uncontrollable — a police chase on the LIRR’s tracks near Merrick during the height of the June 4 evening rush hour — to the familiar — an uptick in switch trouble and signal problems that have caused delays throughout the system.

Caity Pujdak, 33, and a tax accountant, said her commute to and from New Hyde Park has been “pretty much a nightmare” in recent weeks.

“Switch problems, broken crossing gates, disabled trains, broken escalators — you name it,” Pujdak said. “In May it started to get bad again . . . It's not enough that we are herded like cattle and stuffed like sardines in oppressive heat and humidity. There has to be delays, too, of course.” 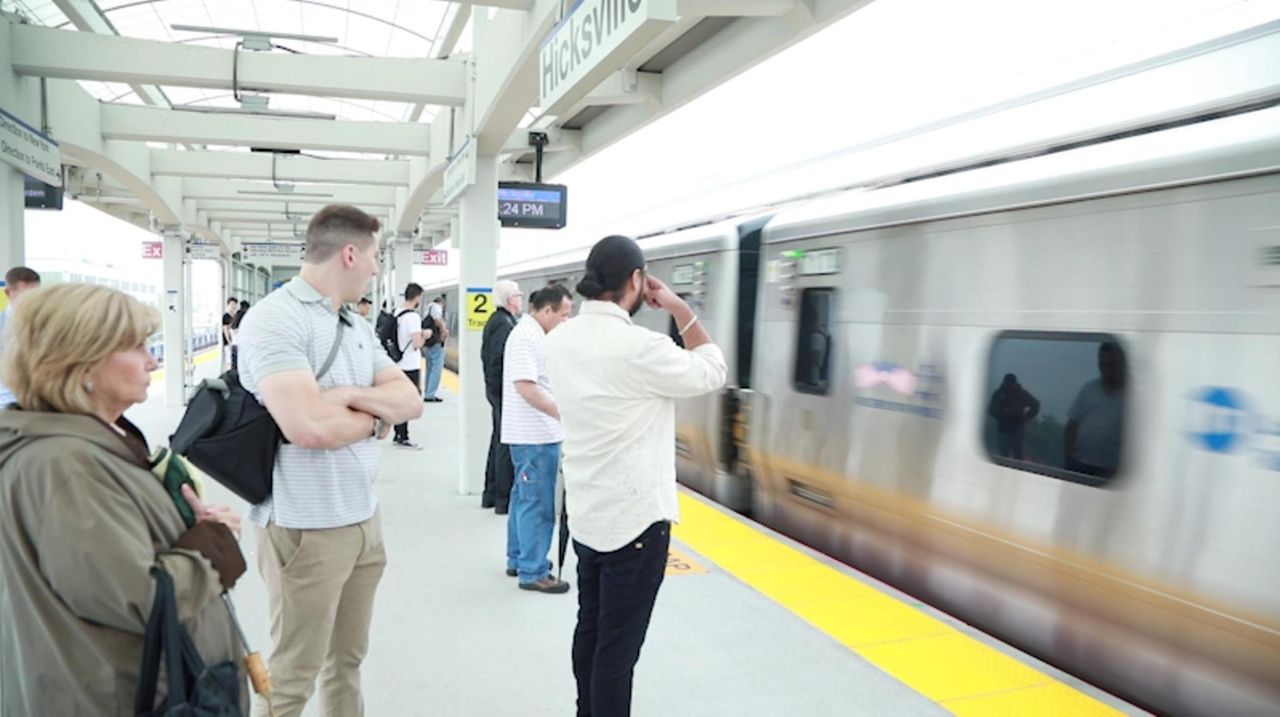 LIRR still struggling with delays and cancellations Long Island Rail Road passengers, mostly at the Hicksville station, talked on Thursday, June 20 about what they like and don't like about riding the rails. Credit: Newsday / Yeong-Ung Yang

The problems have been compounded at times by an aggressive schedule of infrastructure repair and modernization projects that have hamstrung the railroad's ability to bounce back from even minor issues.

"Things have been improving, but this shows we still have our work cut out for us," LIRR president Phillip Eng said. "With a system as old as ours, we can always hit a rough patch, but that doesn't mean we stop pushing forward with the work we're doing."

Commuters’ recent run of misfortune can be traced to the unofficial beginning of summer, Memorial Day weekend, when a slow-speed collision between two trains in Speonk caused both to derail, leading to days of delays.

Although full service was restored in time for the beginning of the workweek, the pain for commuters was far from over. A planned bridge replacement in Carle Place required a weekend-long service suspension on the LIRR’s Main Line, and then the delays and cancellations affected Monday's morning and evening commutes   as the work took longer than expected.

Things got worse from there: Switch trouble near Mineola, a signal problem near New Hyde Park and a truck striking an overpass bridge near the Mastic-Shirley station all caused service problems during the June 7 morning rush. Signal trouble near Ronkonkoma snarled the morning commute June 12, and a switch problem near Mineola snarled the evening commute. On June 17, a single disabled train near Jamaica resulted in delays of up to 50 minutes during the morning rush hour.

Mark Epstein, chairman of the LIRR Commuter Council — the state-mandated railroad rider advocacy group — said that although the railroad has improved its service overall in recent months, June has clearly seen “a backslide.”

“It’s happening in a short period of time and on a daily basis. If it’s happening once a week, you might be OK. But it’s been daily,” Epstein said. “I still don’t understand why there are so many problems.”

The LIRR's highest on-time performance for the year, 95.3 percent, came in April. The May number was 94.8, while the June number should be out next month. The LIRR only considers a train late if it arrives at its final destination more than 5 minutes and 59 seconds after its scheduled time.

Commutes lately have been further complicated by construction at Penn Station, including Amtrak’s latest summer round of infrastructure renewal projects, and a separate effort to expand the LIRR’s concourse. The result has been closed stairways, tracks and ticket windows. It’s the third straight summer that construction work has resulted in major disruptions for LIRR commuters.

Eng suggested some of the railroad’s recent dip may seem more severe than it actually is, in part because it follows a prolonged stretch of largely uneventful commutes.

“Overall, we’re seeing that all of our efforts are trending in the right direction,” said Eng, who added that the railroad will do "a deep dive" into the causes behind the issues.

In some cases, the timing of those incidents couldn’t have been worse. In one case, a gas leak near the tracks in Westbury forced the railroad to suspend service on its Main Line during the June 11 morning rush. In another, the LIRR had to shut down its Babylon branch at the height of the evening rush while Nassau police pursued two shooting suspects along the railroad’s tracks near Merrick.

Twenty-year Merrick commuter Sergio Isper, 57, and a major incident manager for a financial group , was heading home at the time, and was delayed an hour.

“How can it be their fault?” said Isper, who believes his overall commuting experience has improved significantly in recent months. Isper recalled the constant rush-hour meltdowns that plagued his commute during much of 2017 and 2018.

“It used be like every few weeks,” Isper said of the service disruptions. “If a pigeon feather fell on the tracks, they would cancel. That hasn’t happened for a while. That is a great improvement, indeed.”

The railroad’s statistics bear that out. In 2017 and 2018, the LIRR recorded its worst annual on-time performance since 1999. In contrast, through the first five months of 2019, the railroad was close to its on-time goal of 94 percent, compared with 90 percent through May 2018. The improved performance comes while the railroad has continued to set modern ridership records and has been involved in several infrastructure projects that have required taking tracks out of service.

Eng has attributed the railroad’s improved performance to his “LIRR Forward” initiative, which aims to improve railroad service by tackling the root causes of its most persistent problems, including by hardening infrastructure against severe weather, reducing incidents of cars getting stuck at grade crossings, and cutting back brush near the tracks.

It also has meant expediting the replacement of problematic train switches. Eng said a track switch in New Hyde Park that has been giving the LIRR problems — but was not slated for replacement for several years — will be replaced in September.

But the railroad’s commitment to improving long-term reliability can sometimes have short-term consequences, Eng said. He noted that several recent track projects have resulted in delays and cancellations, particularly on weekends.

“We’re making the right decision to get the work done. If I were to take my foot off the gas, then that would be the wrong thing. Any railroad that would say ‘I’m going to defer this work to keep the numbers higher’ is going in the wrong direction,” Eng said.

The recent rise in service disruptions coincides with the launch of several probes into allegations of overtime fraud among LIRR workers — leading some to speculate on social media that the two are related.

“If you think the workers at the LIRR aren’t actively slowing down and fighting back against being called out on OT then you’re too naive to live in NY,” Twitter user @Angry_Musings wrote in a June 6 post.

Eng said “there is nothing to indicate” that the railroad’s recent problems are the result of an intentional work action by union members. “These are infrastructure issues that we know do occur from time to time,” he said.

Christopher Natale, general chairman of the Brotherhood of Railroad Signalmen Local 56, which represents LIRR employees, similarly called claims of deliberate worker slowdowns “absolutely untrue.” Natale acknowledged that worker morale has been hurt by the overtime fraud allegations, but said “there’s no way” his members would intentionally not do their jobs.