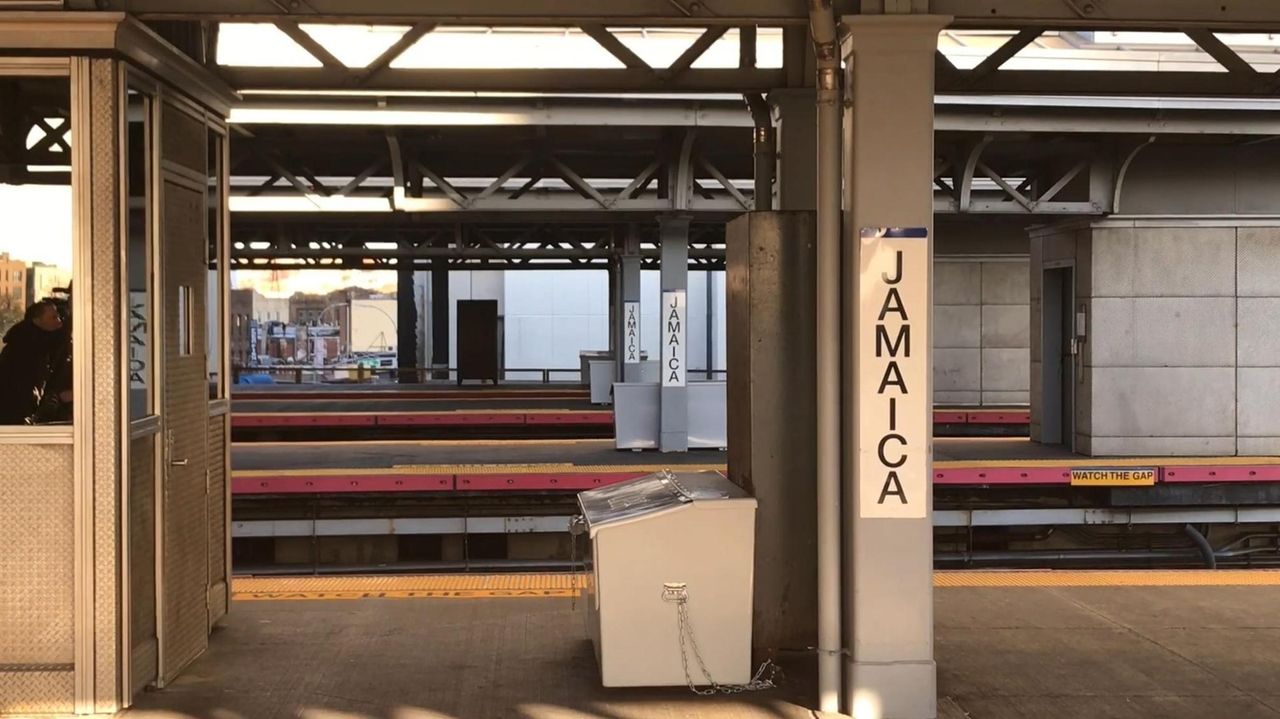 The LIRR said it was investigating the role of a broken rail in the Jamaica derailment of a train carrying nearly 400 passengers Friday night.

Crews working "through the night" since Friday got both of the derailed train cars back on the rails on Saturday morning, and were expected to complete track repairs in time for the Monday morning rush hour, LIRR Senior Vice President of Operations Rod Brooks said at a Jamaica news conference Saturday morning. Although the derailment caused widespread delays throughout Friday night, LIRR service was back on schedule by Saturday morning.

The 10-car electric "M7" train was moving about 13 miles per hour when its rear two cars came off the rails about a quarter mile east of Jamaica, according to the LIRR. None of the train's nearly 400 passengers and crew members was injured.

“We will go through an exhaustive evaluation and investigation process,” Brooks said. “We will leave no stone unturned.”

Anthony Auriemmo, of Massapequa Park, was in the second-to-last car of the train, returning home from an alumni event, when he felt the ride become "bumpy and jerky."

"It actually felt kind of like we hit something," Auriemmo, 32, said in an interview Saturday. "They pretty immediately evacuated us to a safer car, and then it was a lot of waiting as they figured out the best way to rescue the train."

Auriemmo commended the train crew for "working very hard" to keep passengers updated, but questioned why the evacuation effort took as long as it did.

Passengers on board the derailed train waited about two hours to be evacuated onto another “rescue” train. Brooks on Friday defended the evacuation efforts, which entailed the help of dozens of first responders, including MTA police, the NYPD, and FDNY, and required shutting off the power to the electrified rail at Jamaica — one of the railroad’s busiest hubs.

The train accident would be at least the LIRR's twelfth this year, according to the Federal Railroad Administration. Those accidents include four other derailments. Ten people have been injured in the accidents, and three have been killed — the occupants of a vehicle that drove into the path of two oncoming LIRR trains at a Westbury grade crossing in February.

The LIRR reported 16 accidents to the FRA in 2018. There were no fatalities, and one injury in those accidents.

10-car train derails at Jamaica station, LIRR saysThe train was bound for Babylon from Penn. No injuries have been reported, the LIRR said, adding that a rescue train was at the scene.