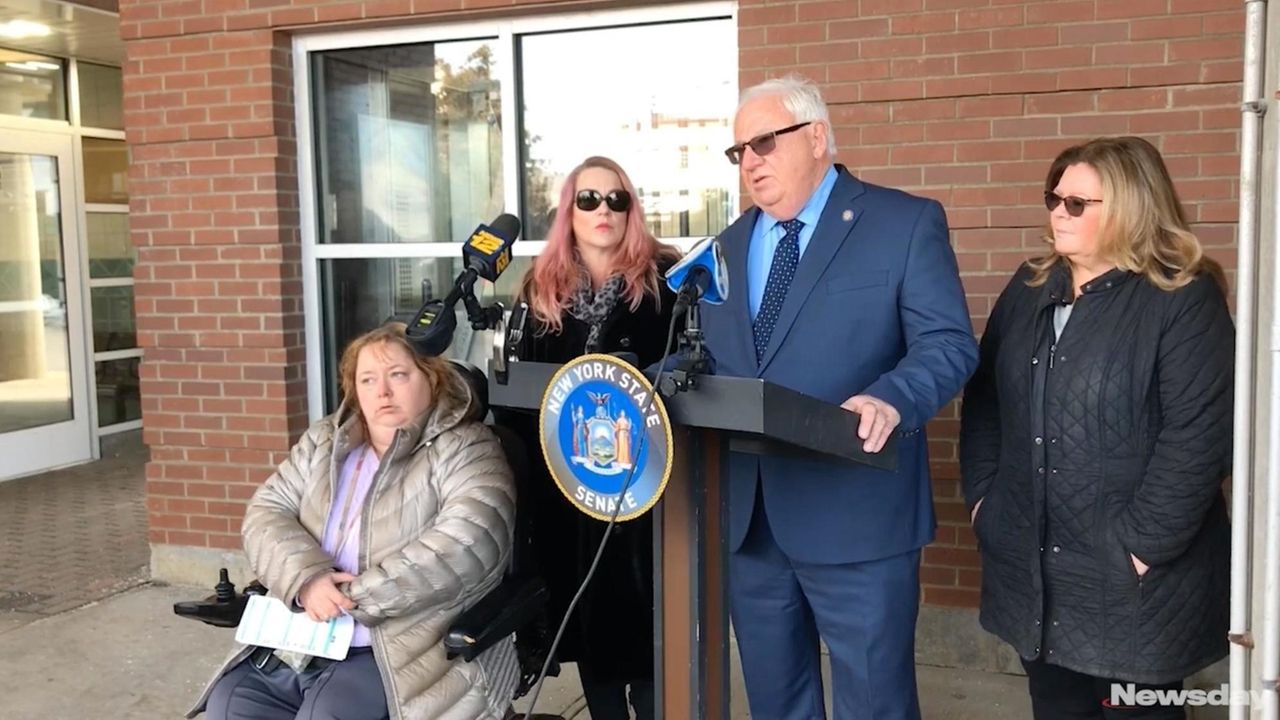 A state lawmaker is pushing the LIRR to improve handicapped accessibility at its train stations, including one where a newly installed elevator has broken down repeatedly in recent weeks.

Sen. John E. Brooks (D-Seaford) gathered with Long Island Rail Road customers at the Wantagh station Friday afternoon to urge the railroad to do more to make its stations accessible for riders with disabilities, including by providing working elevators and escalators.

A new elevator installed last month at Wantagh — part of a $24 million renovation of the station — has repeatedly been out of service. Brooks said on two occasions the elevator broke down with customers “trapped” inside, requiring local firefighters to get them out.

“The railroad has really got to get on top of this problem and ensure that this elevator is fixed and available to people in this area,” said Brooks, who called the issue indicative of the larger problem of many LIRR stations not being handicapped accessible, including several neighboring stations on the elevated Babylon line. “There appears to be, in my opinion, a real lack of respect for the needs of those with disabilities.”

All but 18 of the LIRR’s 124 stations are handicapped accessible.

MTA Board member Mitchell Pally said Friday that the railroad planned to make accessibility improvements to stations as part of other rehabilitation projects. He also noted that the MTA recently created a working group on its board of directors to focus on accessibility issues.

“I don’t think there’s anybody that disagrees that we have to make our railroad system as accessible as possible,” Pally said. “We will do that as funds are available.”

In addition to making other stations accessible, Brooks said the railroad needs to ensure that the new Wantagh elevator is working as intended, and suggested assigning an MTA police officer there to quickly respond to malfunctions.

Wheelchair user Gina Barbara of Wantagh said she had once been “very, very excited” over the prospect of an elevator at her home station.

“I got here about two weeks ago to find out the elevator was out of service. A brand-new structure is out of service? Come on now,” Barbara said. “I don’t know what the MTA or the Long Island Rail Road expects a person in a wheelchair to do.”

LIRR officials said the station’s elevator vendor, Kone, made adjustments to the elevator on Monday, and that it hadn’t had any issues since then. He said the elevator was being monitored round-the-clock, and noted that the station also had a wheelchair ramp.